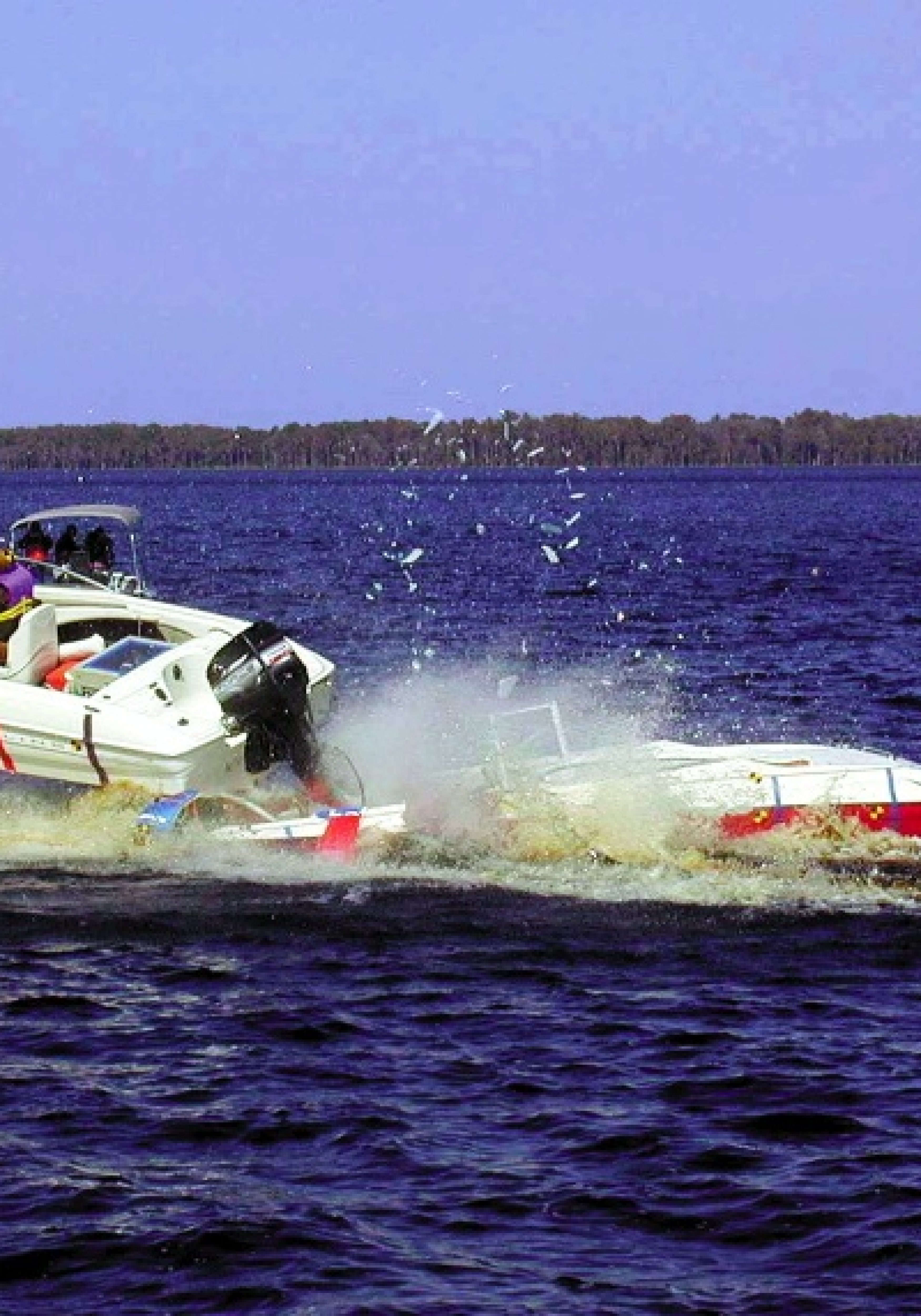 The bill would limit speed near emergency vessels.

Sen. Darryl Rouson filed a bill that would provide protections for emergency water vessels and construction boats and barges and for environmentally sensitive mangroves and public lands.

Under his bill (SB 1378) boaters would be required to operate at slow speed, minimum wake near emergency vessels or construction operations in the water.

Slow speed, minimum wake defined as a vessel operating fully off plane and completely settled into the water.

If passed, a person could not operate a vessel faster than slow speed, minimum wake if it is within 300 feet of an emergency vessel including law enforcement, fire rescue, U.S. Coast Guard or tow boats that have their emergency lights activated.

The speed restriction also applies to approaching within 300 feet of construction vessels or barges that have an orange flag displayed.

The flags must be at least two feet by three feet in size and contain a wire or stiffener to ensure visibility.

Boaters cannot be cited for failing to abide by the speed limits under the bill in periods of low visibility including one hour before sunset and one hour after sunrise unless the flag is illuminated and visible from at least two nautical miles.

Infractions are not criminal.

The bill also prohibits boaters from anchoring or mooring within 20 feet of a mangrove or public lands. Exceptions are provided in the bill for boats experiencing mechanical failure that poses unreasonable risk or harm to the boat or its passengers or operators. That exception allows the boat operator to anchor the boat for up to three days or until the boat is repaired, whichever occurs first.

Boaters may also anchor near mangroves or public lands in inclement weather until conditions improve.

First offenses to the rules proposed under Rouson’s bill carry a $100 fine, up from a previous fine for other boating infractions of just $50. Second offenses carry a $250 fine and third or subsequent offenses would cost boaters $500.

If a boater is cited more than three times within a 12 month period would be declared a public nuisance.

The bill also calls for a $250,000 appropriation to the Florida Fish and Wildlife Conservation Commission to study the impacts of long-term stored vessels on local communities and the state.

Rouson’s bill does not yet have a House companion.