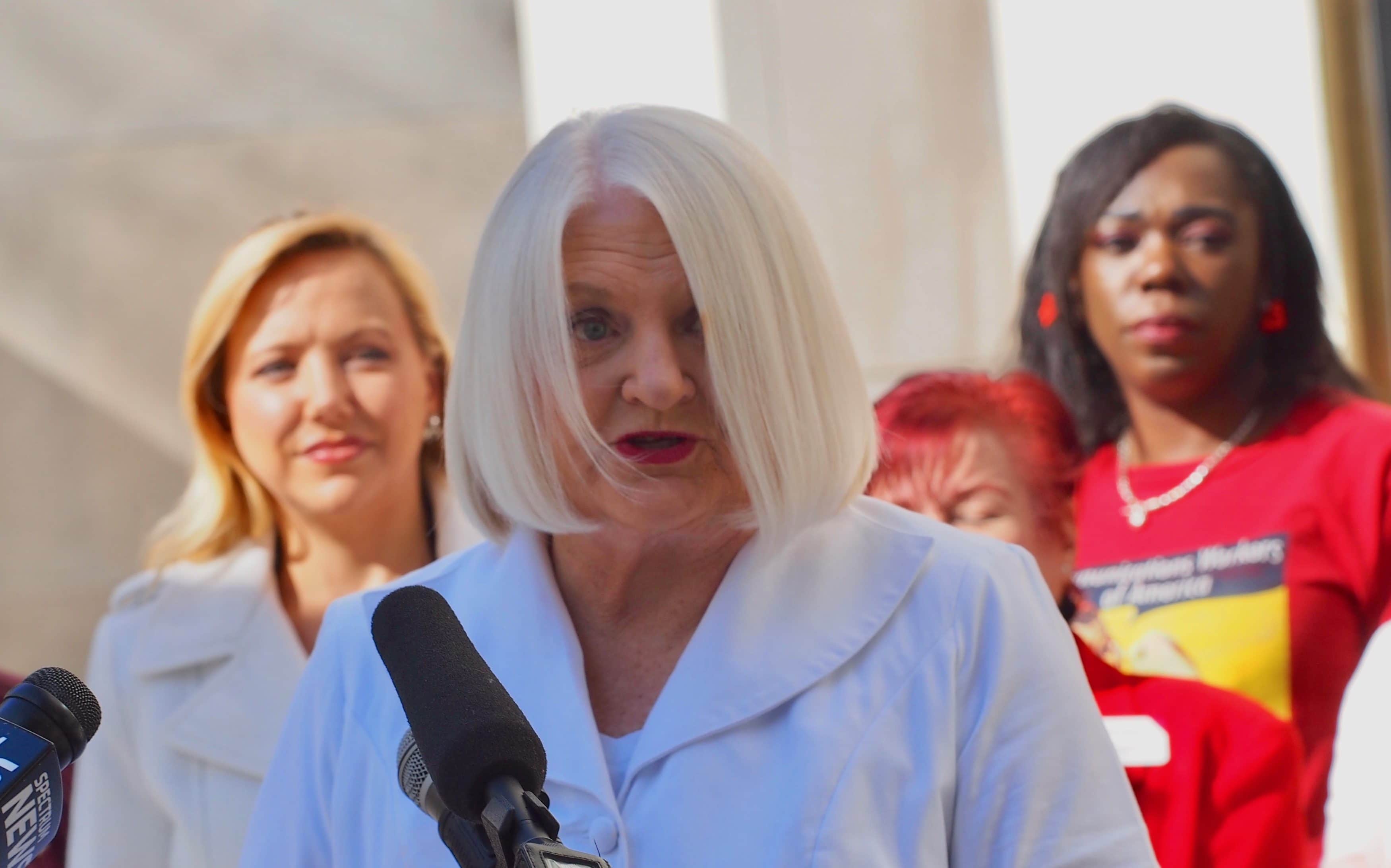 Women won the right to vote in August 1920

Dressed in a gown modeled after the ones worn by suffragettes a century ago [sans sash and bonnet,] state Sen. Linda Stewart on Tuesday helped kick off Florida’s recognition of the 100th anniversary of passage of the federal 19th Amendment granting women the right to vote.

“This year marks the 100th anniversary of the ratification of the 19th Amendment. While this right to vote was a landmark achievement for the women’s suffrage movement, we all know that the right for our vote took a very, very long time to accomplish. We stuck with it,” Stewart said.

Stewart, a Democrat from Orlando, was joined by fellow commissioners in the state Women’s Suffrage Centennial Commission, Rachel Saunders Plakon and Nancy Acevedo; League of Women Voters of Florida President Patricia Brigham; Seminole State College History Professor Kathryn Steinhaus; and others at the Orange County Regional History Center in downtown Orlando Tuesday to pay tribute to the women who a century ago brought suffrage, and to commit to contemporary voting rights efforts.

“I have long made women’s equality one of my core policies and I am excited with the work that the other members of this commission who will advocate on behalf of equality in the state of Florida for women,” Stewart added. “This commission will work to honor the legacies of those who fought before us, and expand awareness of the women’s suffrage movement of the past century.”

The commemoration will include exhibits at various historical centers across Florida, including at the Orange County Regional History Center, which will  open in October, entitled, “Beyond the Vote: Florida Women’s Activism.” Other centers will focus on women’s roles in the Civil Rights movement and other equal rights movements. The commission also is developing partnerships with educational, civic and other organizations.

“Suffrage is really about having a voice, to participate in the choices for your future,” said Saunders Plakon, who is married to Republican state Rep. Scott Plakon of Longwood. “My hope is that the legacy we leave this year will inspire women throughout our state to vote and get involved in civic life.”

Brigham in particular expanded the commemoration’s vision to focus on contemporary struggles to assure and expand voting rights. Those struggles include the League of Women’s Voters’ efforts to challenge legislative restrictions on felons who, as returning citizens, won the right to vote again through the 2018 passage of Florida’s Amendment 4. She also called attention to efforts to eliminate restrictions on early-voting sites on college campuses.

“In this major election year as we look back to celebrate our achievements on voting rights, we recognize that the fight for those rights is not over,” she said.

She also focused on victories in voter rights expansion and assurance, and for other women’s’ rights over the past century, many with efforts backed by the League of Women Voters, which also is celebrating its centennial this year.

“Today we remember many of the challenges and victories we have won in succeeding years, making sure that women can serve on juries, achieving fair districts, and blocking voter purges,” Brigham said. “Our work hasn’t stopped there. Our priorities are many. Public education. Affordable housing. The protection of our natural resources. A society free of relentless gun violence. And those are just for starters.”