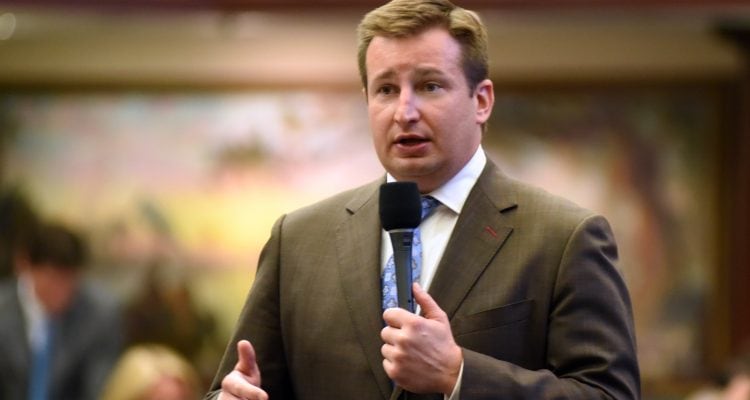 That committee, set up to elect Republicans to the Senate, provided $34,000 worth of campaign polling and research to Brodeur in December.

That should help him get a fix on the Democrat most likely to come out of a field that includes newly entered Longwood lawyer Patricia Sigman, who is backed by the Democrats Senate Victory Committee; activist Guerdy Remy, Altamonte Springs lawyer Alexis Carter, H. Alexander Duncan of Geneva, and activist Rick Ashby of Oviedo.

Meanwhile, money has continued to pour into Brodeur’s campaign war chests, including $36,523 in new donations to his official campaign in December and another $27,500 to his independent political committee, Friends of Jason Brodeur.

Either of those monthly figures alone would swamp any of the Democrats’ campaign accounts thus far. For Brodeur, it’s just another month in what now is a three-year run for the Senate by the former state Representative from Sanford who is President of the Seminole County Regional Chamber of Commerce. Through November he was leading all candidates for the Florida Legislature in fundraising for the 2020 election campaign.

The latest contributions to Brodeur’s campaign include 33 maximum $1,000 donations, mostly from businesses such as Florida Distributing Company, Marathon Petroleum and Abbott Laboratories, and political committees such as Floridians for Quality Health Care, House Speaker-designate Chris Sprowls’  Floridians for a Stronger Democracy, and Floridians United for Our Children.

Friends of Jason Brodeur picked up a $10,000 check from beer distributing executive John Williams, $5,000 from the Corcoran Partners lobbying firm, and $5,000 from the Florida Justice political committee. Williams also gave $1,000 to Brodeur’s campaign, as did the beer distributor Williams runs, Wayne Densch Inc.

Only two of the Democrats’ December campaign finance reports had been posted by mid-Friday by the Florida Division of Elections, and neither amounted to much. Duncan picked up $180 in December, giving him $780 raised and $300 left at year’s end. Ashby had no fundraising activity in December. He has raised $483 and contributed another $1,776 to his campaign, so he finished the year with $810 in the bank. Sigman just entered the race last week. Neither Carter’s nor Remy’s December campaign finance reports had posted by mid-Friday afternoon.