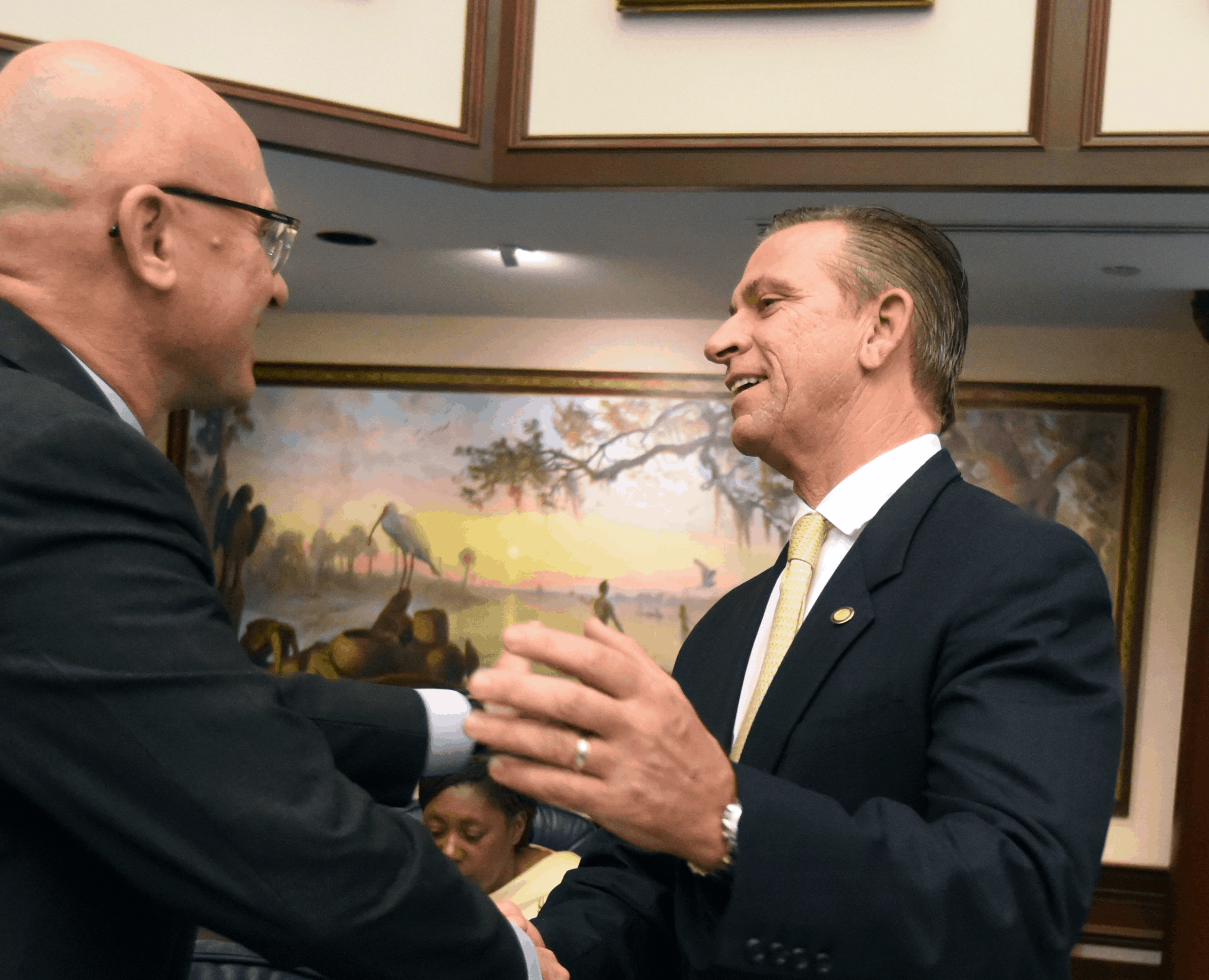 State Rep. Bob Rommel continues to hold a significant cash advantage as he runs for reelection in Florida House District 106. But Democrat Sara McFadden continues to raise dollars beyond the self-funding she put in early.

McFadden, looking for a rematch of her challenge against Rommel in 2018, raised her December money in small donations, mostly in the Naples area.

Rommel, who recently decided against a run for Congress, raised most of his money through Tallahassee connections.

The Amscot Corporation in Tampa gave Rommel $1,000, as did Sunrise Consulting Group. And the Florida Cow PAC, which represents agriculture interests, sirected $1,000 the incumbent’s way.

Michael Corcoran, founder of Corcoran Partners, also chipped in $1,000, the largest contribution in the month from an individual.

Notably, Rommel also controls the Florida Conservative Committee, which also had a productive December. The political committee raised $45,500, bringing it’s total to $241,500 raised in 2019. So Rommel enjoys control of well over $300,000 in cash as 2020 dawns.

Rommel serves as chair of the Criminal Justice Subcommittee and is running for a third term in office. In 2018, Rommel fended off McFadden handily in the deep red district, taking nearly 67 percent of the vote.