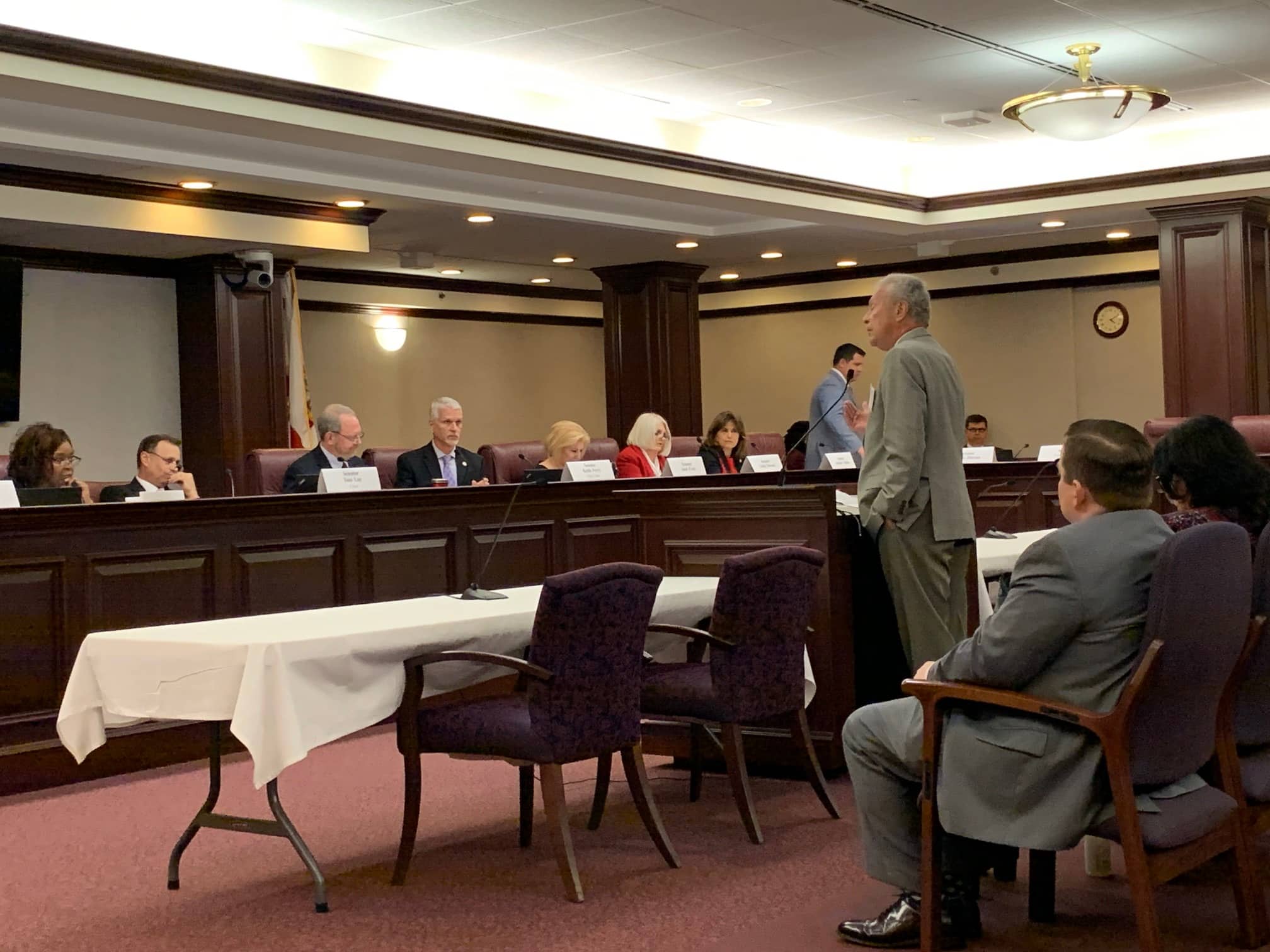 A resolution condemning hateful ideologies easily passed the Senate Infrastructure and Security Committee Monday, but it received mixed support from some members of the public.

The legislation rejects any ideology or philosophy that advocates the superiority of one of group of people over another because of race, color, national origin, sex or religion as hateful, dangerous and morally corrupt expressions of intolerance. It further affirms that those philosophies don’t represent the values of Floridians or Americans.

“The resolution is racist, divisive, has no societal benefit, is a golden opportunity for liberals to smear those who advocate for immigration enforcement,” he said.

Lee said it combines two resolutions that were filed, one was specifically condemning white nationalism and one more broad into a bipartisan consensus bill.

Lee said he wouldn’t strenuously object to the amendment, but he was concerned that the additional language could affect its chance of garnering enough support.

“We made an effort to try to create a bipartisan approach here,” he said. “Everyone could sign off on it and agree to (it) and in doing so make sure that we weren’t just singling out one specific form of hate speech because we know that there are things going on with anti-Semitism in New York and incel groups in Tallahassee.”

A man who likened himself to a 2014 “incel” killer walked into a Tallahassee yoga studio in November 2018 and opened fire, killing two women and wounding four others and assaulting a man. Incels are men who blame women for their involuntary celibacy.

Maura Binkley, 21, was one of the women killed in the Tallahassee attack. Her father Jeff Binkley said he’s encouraged by the direction lawmakers are taking on the resolution.

“The crime committed was determined to be one of hate,” he said. “The victims were selected and targeted for no other reason than being women.”

Cruz said she was asked by Rodriguez to introduce the amendment, but would withdraw the amendment and let him carry it into the next committee. Rodriguez was absent because his flight had been canceled.

Resolutions carry no weight of law and don’t require any action from the Governor.