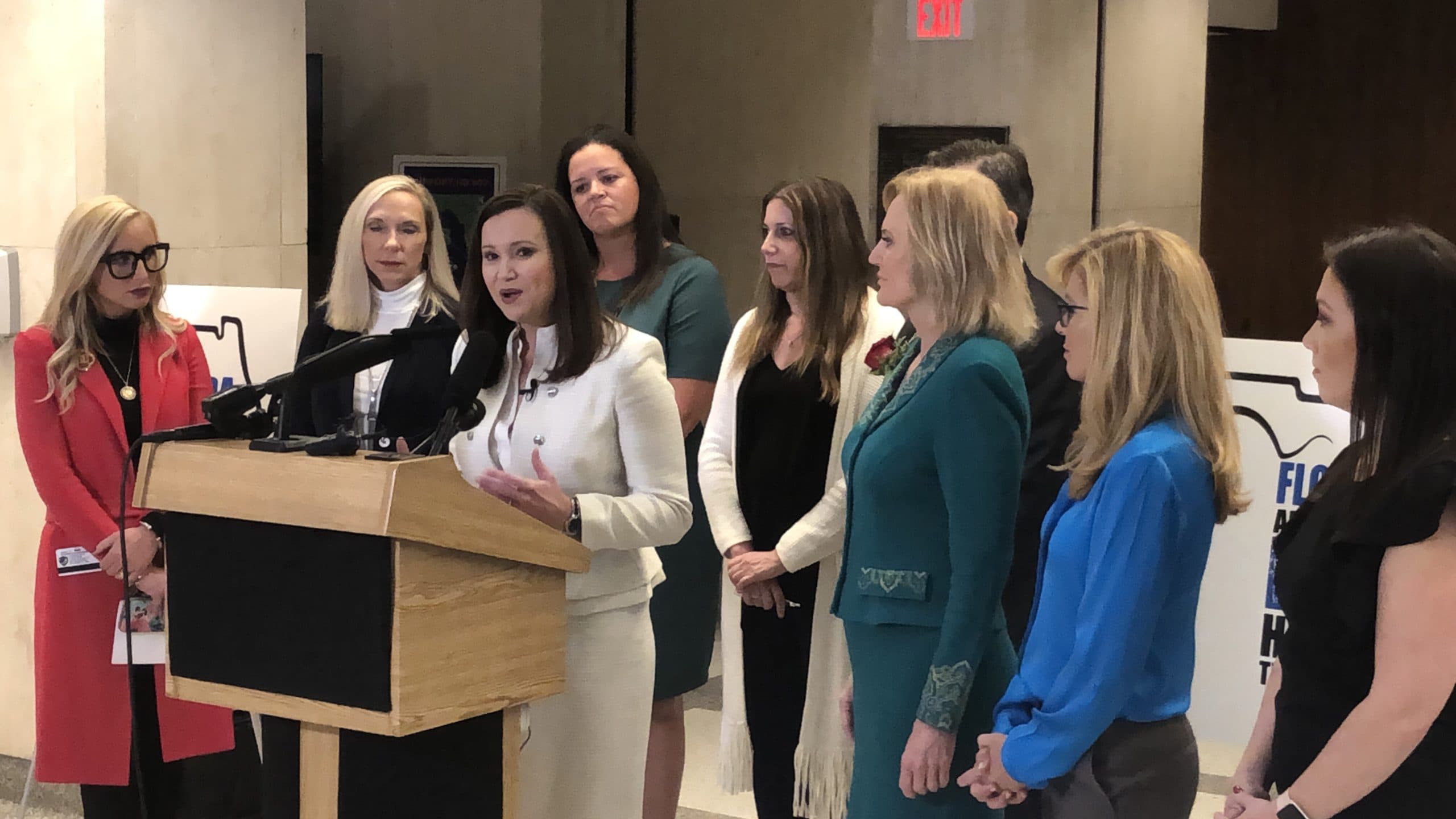 Attorney General Ashley Moody, flanked by a bipartisan group of supporters, announced the name of the state's human trafficking non-profit.

The Attorney General, Florida Department of Law Enforcement, and the Florida House and Senate appoint the organization’s board of directors. In July, Senate President Bill Galvano announced Sen. Lauren Book and former Sen. Ellyn Bogdanoff’s appointments to the council.

“There is an intersection of good policy and proper funding that really can truly make a difference, and that is why we’re all here today,” Book said.

Rep. Heather Fitzenhagen also sits on the board. She called today a concrete step toward ending human trafficking.

“In order to stop the scourge, we have to have funding to do so,” Fitzenhagen said. “If you have a favorite charity, make this your new one, because we need your funds to implement some of the great programs that are out there, and we are making a difference.”

In a few weeks, the state will begin hosting a flurry of events that will draw nationwide attention. Florida will host two Super Bowls, WestleMania and the NCAA college football national championship in the course of about a year.

“In one year, the need for well-thought-out data-based strategic efforts have never been more important because we have so many big events that we know will attract human traffickers and that behavior,” Moody told reporters.

The Attorney General also gifted Bogdanoff, chair of the direct-support organization’s board of directors, a copy of the Florida Cabinet’s resolution recognizing January 2020 as Florida Human Trafficking Awareness Month.