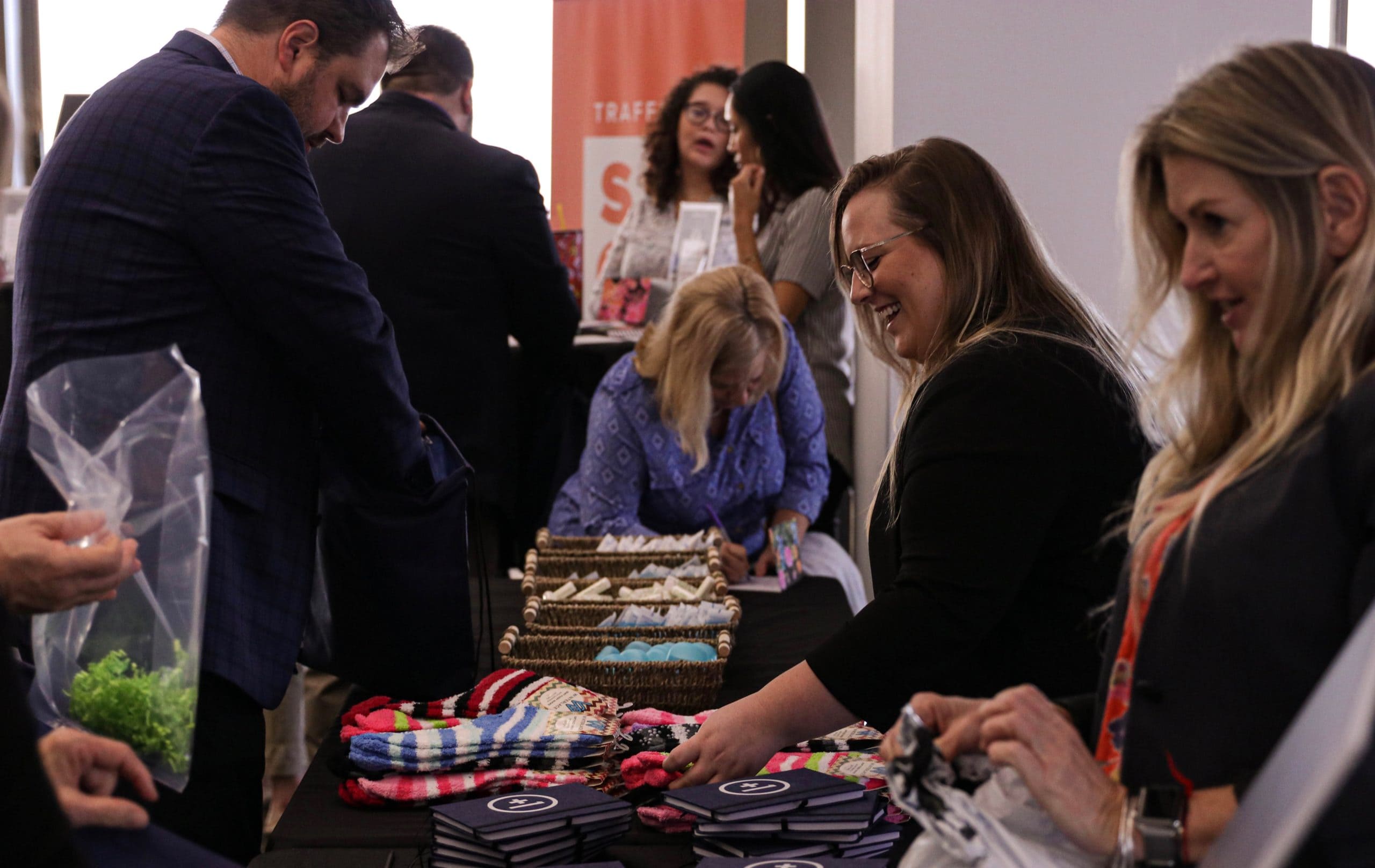 Event visitors assemble comfort kits to be used by survivors of sex trafficking. Photo courtesy of One More Child.

An anti-sex trafficking group promoted its agenda Tuesday to raise community awareness of human trafficking among commercial drivers, ride-share drivers and others.

Lakeland-based One More Child highlighted two of four proposed bills it identified would combat sex trafficking in Florida. The event was held on the top floor of the Capitol ahead of the kickoff to the 2020 Legislative Session.

The first bill (HB 633) would require businesses with delivery drivers and workers who serve private residences to train their employees to spot victims of human trafficking. A similar bill (SB 1368) would require publicly-funded commercial driving schools to offer a trafficking-prevention course.

Christa Lynn, executive director of One More Child Anti-Trafficking and a survivor of human trafficking, said a victim’s interactions with the public are an opportunity to find help.

“That’s a chance every few weeks for if someone can spot that there’s potentially an older female or an older male … accompanying them and that it doesn’t appear like a family relationship and you spot the signs that this person isn’t speaking for themselves — isn’t in charge — you have the chance to slip a number or some help in their hands,” Lynn said.

The second bill (HB 657) would require transportation network companies like Uber and Lyft to train their drivers in trafficking awareness. It also establishes authorized user accounts to tie minors to an adult’s account.

“It’s a long time coming, and now that we’ve passed legislation for hotels and restaurants and we’ve seen some success there, it’s the right timing to make sense that we need to take that further and help train whole communities,” Lynn said. “We need trafficking-aware communities in general.”

One More Child, a Christian-focused organization, began planning involvement with Florida Department of Children and Families (DCF) in 2012. In 2014, it was certified as a DCF undisclosed safe home for victims of human trafficking.

The group is also promoting a bill (HB 105) offering public school students training on identifying trafficking signs. Another bill (HB 759) would use seized assets from offenders for victim restitution.