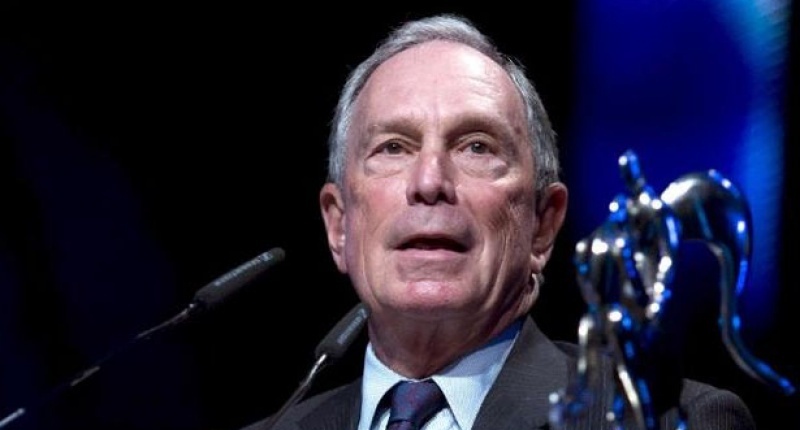 It's part of broader plan to cut emissions in half by 2030.

The Democrat released his policy, saying the ambitious plan to phase out pollution will make homes safer and more affordable. And he used the issue to separate himself from President Donald Trump, who largely dismissed efforts to combat climate change.

“While the Climate-Denier-in-Chief remains stuck in the past, I’m running for president to rebuild our country and lead us into a clean energy future,” said Bloomberg.

“Accelerating the transition to 100% clean buildings will cut pollution, save people money, and create new jobs – and I’ve helped prove that as a mayor, a business leader, and an environmentalist. As president, I’ll super-charge this work and reclaim America’s rightful place as the global leader on these issues.”

The former New York Mayor said the federal government must transition residential and commercial buildings away from all fossil fuels. His campaign released data estimating 12% of greenhouse gas emissions in the U.S. come from the building sector, which often uses fossil fuels for space and water heating.

But Bloomberg wants to remove federal barriers to efficiency upgrades, prioritizing the effort in low-income areas suffering the worst levels of air pollution.

He wants new standards in place by 2025 for new construction and for appliances with zero-carbon and high efficiency fuel use. This expectation will also apply to the federal government, landlord to 377 million square feet of commercial real estate.

Rebates, financing and other efforts will be provided to incentivize manufacturers, retailers and contractors to bring buildings up to new regulations.

While the Trump administration has slashed investment in clean energy while promoting coal, Bloomberg said his administration will support innovation.

Implementing the plan, he said, will create new jobs and encourage skills training within the American workforce.

“Mike’s plan for clean buildings will allow for needed federal investment in tools and policies to enhance the energy efficiency and human health focused sustainability of our buildings and in turn support state and local governments to fund and enforce regulations for high-performing energy-efficient buildings.”

The plan for clean buildings is part of a broader Bloomberg initiative to cut emissions in the U.S. by half. Bloomberg also released a 100% Clean Power plan to promote clean energy use.