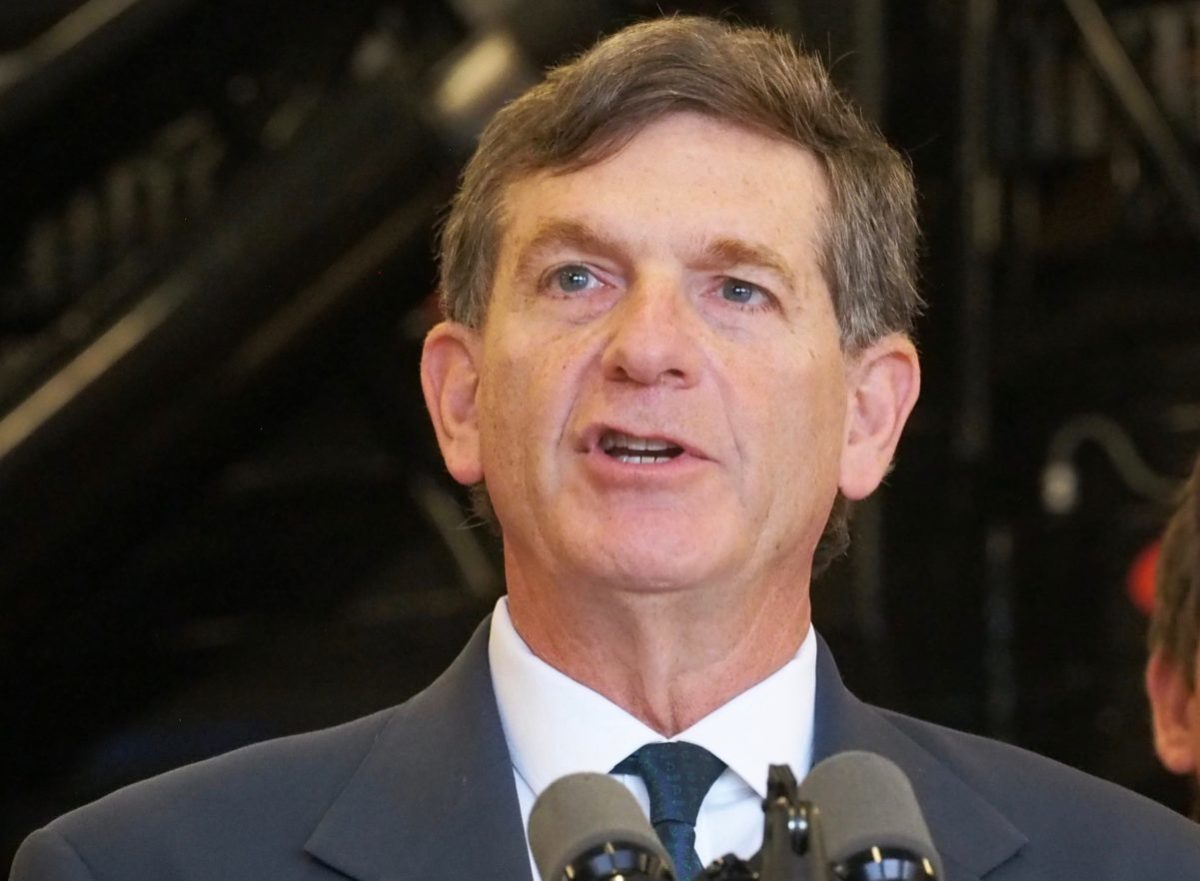 The Senate Appropriations Subcommittee on Health and Human Services on Wednesday voted to advance Scott Rivkees’ nomination for the dual role of Surgeon General and Florida Department of Health Secretary.

Rivkees outlined some of the state Department of Health’s accomplishments since he was installed as Surgeon General last year. Among the highlights: new hepatitis A cases are falling following his public health emergency declaration; new HIV cases are on the decline; and major initiatives are in place to combat the opioid epidemic.

The first issue, however, was his continued employment at the University of Florida.

“You work for the state university system and people are concerned that you haven’t resigned … is that going to be an issue or problem?” asked Sen. Aaron Bean, a Fernandina Beach Republican who chairs the committee.

Rivkees responded that the state “has a full-time Surgeon General.”

At the request Sen. Darryl Rouson, Rivkees outlined his public health experience for committee members. Rivkees said his knowledge has been growing since he was employed in a lab testing blood samples as an undergraduate student.

The importance of early childhood screenings for mental retardation was impressed upon him during his time in Boston and, when he was working in Indiana, he helped that state’s health department implement screening rules. During his time at Yale University, he served on Connecticut’s genetics advisory committee.

Democratic Sen. Lauren Book complimented Rivkees medical acumen before delving into some of the controversy that put a cloud over the physician after Gov. Ron DeSantis recommended him for the job early last year.

Among the allegations: Rivkees made sexually suggestive comments shortly after being hired by UF in 2012.

Rivkees also wrote a book documenting his sexual exploits and detailing the drug habits of co-workers while working at Mass General. A Florida Politics investigation also found he inflated his resume to tout a prestigious speaking invitation for the “42nd Nobel Symposium.”

Rivkees dodged questions on sexual harassment allegations and reports of inappropriate sexual jokes he made, casting them as “mischaracterizations of facts” stemming from a lawsuit filed by a former co-worker at the University of Florida that resulted in the plaintiff losing and paying UF’s legal fees.

“I can assure you, I’ve worked with hundreds if not thousands of individuals in my career and I’ve treated everyone with respect and dignity,” he said.

Pressed further, Rivkees said his administration will not tolerate sexual harassment or inappropriate behavior but said he didn’t know whether there was sexual harassment training programs in place at the department.

Stuart Republican Sen. Gayle Harrell then threw Rivkees a couple of softballs, allowing him to expound on his “deeply involved” and “excellent” work combating hepatitis A and HIV.

When the floor opened for public comment nearly all in attendance, including representatives from the Florida Medical Association, waived in support of advancing Rivkees’ nomination.

Guardian ad Litem director Alan Abramowitz was among those to take to the lectern in support of Rivkees.

During the pre-vote debate, Book reiterated her concerns over Rivkees past sexually suggestive comments before saying she would vote against advancing his nomination despite acknowledging his medical expertise. Sen. Kevin Rader followed, noting that his curt answers to Book’s sexual harassment questions also directed him to the nay camp.

“I just think there are better picks,” Rader said.

“I owned an insurance agency and you just have a sixth sense when people don’t answer questions correctly,” he added.

Harrell, however, was effusive. She said Rivkees had done an “outstanding job over the past seven months” and has “provided the leadership the department needs.”

“As I look through this resume, I just say ‘oh, I wish we had had it earlier,” she said. “It is extremely impressive.”

In his closing, Rivkees reiterated his knowledge on public health and pointed to the results on the hepatitis A outbreak as support for his confirmation, though he did not further address the harassment concerns raised by Book and Rader on the panel.

With the panel’s affirmative vote, Rivkees’ nomination moves to the Senate Health Policy Committee. The full Senate must vote to confirm gubernatorial appointments.