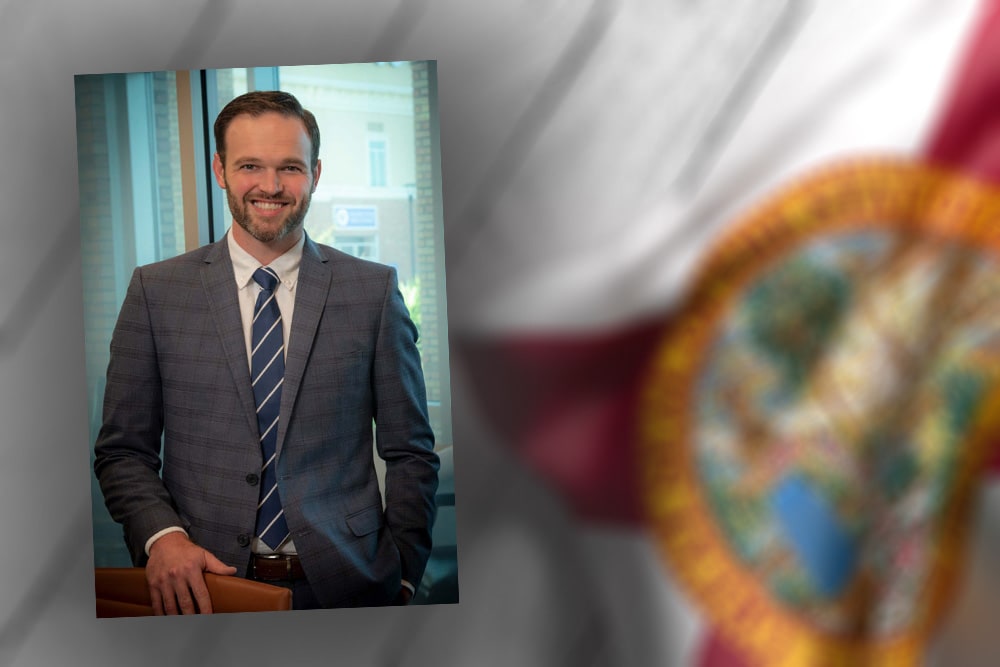 As lawmakers convene for a second week, one of the Legislature’s youngest representatives, Alex Andrade, still feels as if he’s learning the ropes of Session.

But life threw Andrade and House District 2 a curveball a month before his second Session convened. On Dec. 6, a Saudi trainee at Naval Air Station Pensacola shot and killed three U.S. sailors in what the Department of Justice later deemed a terrorist attack.

“The Pensacola community is very military-focused. NAS Pensacola is the community,” Andrade said. “To have a terrorist attack on our base that resulted in the loss of three very young lives, it was a heartbreaker, but the community itself really rallied around those families and the base, and it’s been really special to see.”

And Andrade said he appreciated the advice Florida Division of Emergency Management Director and former Rep. Jared Moskowitz and his successor, Rep. Dan Daley, gave him on comforting his community. Both Democrats held office in the Parkland area at the time of the Marjory Stoneman Douglas High School shooting in 2018 — Moskowitz as the representative and Daley as a Coral Springs City Commissioner.

But House Speaker José Oliva’s speech on the first day of the Session breathed new life into the policy side of Andrade’s job. Conservatism, Andrade says, means focusing on intelligence-based policy.

“He’s such a true, small government believer,” Andrade said. “And the policy references he made, the historical references, even with scope of practice … they go back to how you want to analyze good policy.”

Gov. Ron DeSantis signed nine of his bills and the Senate companions of two others into law last year. But while he doesn’t expect to successfully shepherd as many bills this year, he has laid out several personal priorities.

Andrade joins Republican Sens. Rob Bradley and Jeff Brandes in an effort to lower mandatory minimum sentences for certain drug offenses. Though the Criminal Justice Subcommittee has yet taken up HB 339, Bradley’s SB 346 is ready for the Senate floor.

Additionally, Andrade hopes to change the state’s divorce payout laws, which some say can overburden the side cutting the check. Andrade’s HB 843, matched by Republican Sen. Kelli Stargel’s identical SB 1832, would cap the length of durational alimony to half the length of the marriage. And the alimony period would end if the payer retires at a reasonable age.

“If you owe money in a permanent alimony context, you may never be allowed to retire,” Andrade said. “Forty-four other states in the country have figured out that’s forced labor.”

The alimony bill is on the docket for its first committee hearing Wednesday in the House Civil Justice Subcommittee.

And HB 81, already past two committees, would eliminate unnecessary requirements on which Medicaid-enrolled students can participate in Medicaid-funded programs. Only about 15% of students meet the individualized education plan or finding of disability to meet current requirements, he said. That change could pull additional federal dollars for mental health, speech pathology and physical therapy in public schools.

“At no cost to the state, we’d be drawing down $100 million dollars more,” Andrade said.

The Florida Policy Institute, which backs his bill and Tallahassee Democratic Sen. Bill Montford’s version (SB 190), puts that estimate at more than $50 million. And more than 1 million of the state’s 2.7 million public school students are on Medicaid, according to the group.

The Representative has a handful of other health policy bills, including youth sports safety training (HB 99). But Andrade is excited for the “more affordable product for Florida citizens” he hopes the health reform committee can bring.