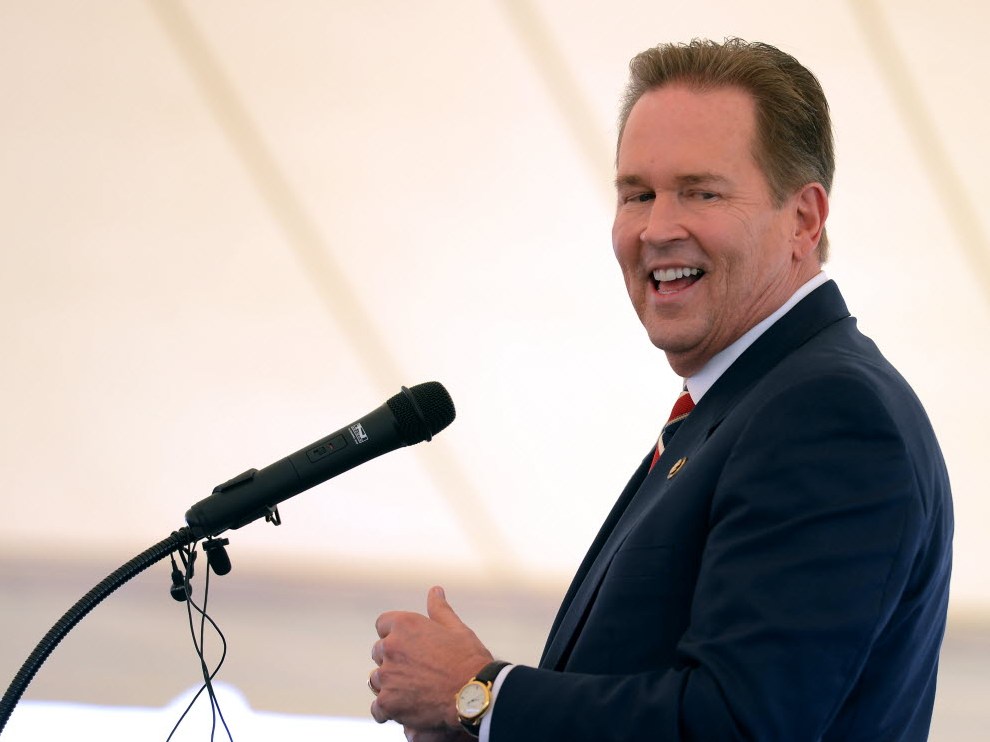 Poll obtained by Florida Politics has Buchanan up 20 points.

Those expecting the race for Florida’s 16th Congressional District to be competitive this year may need to start tempering their expectations.

The survey, conducted by Data Targeting, one of the top analytics firms in the state, shows 53% of voters are backing the incumbent compared with a third who are lined up behind his challenger.

Buchanan’s backers are also more firm in their support — a full 40% of respondents said they would definitely be voting for him in November. By comparison, only 22% have both feet in Good’s camp.

That Buchanan leads is no surprise — he has held the Sarasota-based seat since 2007 and hasn’t had any trouble hanging onto it despite Democrats pouring significant resources into flipping it.

In 2018, Democratic nominee David Shapiro had the backing of the Democratic Party’s campaign apparatus and was on the receiving end of millions in outside spending. The push barely got him within 10 points of Buchanan come Election Day.

Of course, Shapiro’s campaign had its flaws — his investment portfolio raised questions and his son, one of his top surrogates on the trail, was responsible for some negative headlines in the final stretch.

The hope was Good, who brings less baggage and has more experience in public office, could be the vehicle for another major flip effort in 2020. But the poll portrays her path as more of a long shot than ever.

A glance at the cross tabs yields some more encouraging news for the Buchanan campaign. He holds a 26-point lead among independent voters and a 22-point lead among voters over 65, an age bracket that accounts for 40% of the CD 16 electorate.

There also appears to be little desire for a change in leadership among voters, as Buchanan enjoys a plus-18 favorability rating among the 87% of voters who said they knew enough about him to offer an opinion. Meanwhile, less than 40% of those polled voters said they had even heard of Good, who has represented HD 72 since early 2018.

Good’s name-ID will surely rise over the next 10 months and her support along with it. But there appears to be a hard cap on how well a Democrat can expect to perform in CD 16.

That comes by way of President Donald Trump’s standing in the district. Though recent statewide polls have shown middling support for the President, he holds a plus-8 favorability rating among Buchanan’s constituents. That likely takes a strategy that will be in place in other seats targeted by Democrats — turning the race into a referendum on Trump — off the table.

The poll comes on the heels of a fundraising quarter that saw Buchanan raise $524,000 while Good’s fundraising showed signs of sputtering with $362,000 raised, down from $450,000 in her first quarter.

The fourth-quarter numbers make for $1.91 million in total contributions for Buchanan’s 2020 run, better than double Good’s to-date haul of $812,000.

The poll, conducted Jan. 16-20, received responses from 400 registered voters. Data Targeting selected the respondents using an in-house modeling program that emphasizes the likelihood an individual voter will cast a ballot in a given election.

The poll has a margin of error of plus or minus 4.9 percentage points at a 95% confidence level.