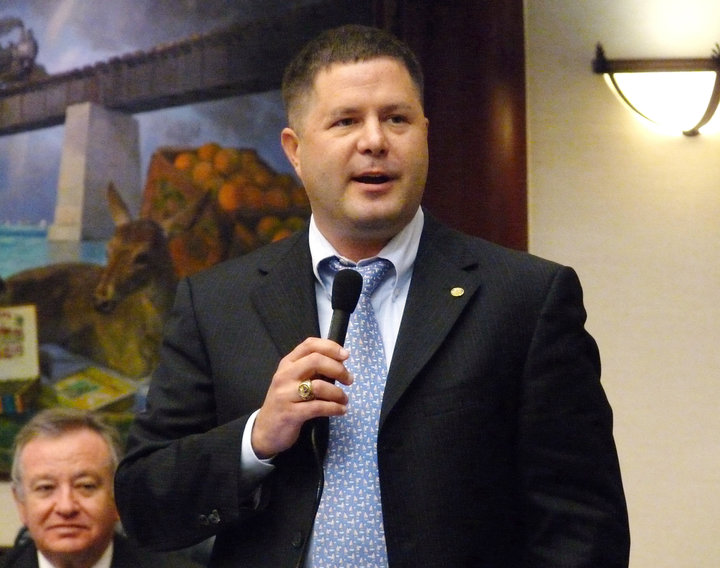 Drake's bill would hand the responsibility to DEO

A proposal to rewire broadband expansion responsibilities to the Department of Economic Opportunity (DEO) unanimously passed its first committee Tuesday.

HB 969, by Eucheeana Republican Rep. Brad Drake, would create the Florida Office of Broadband within DEO and make it the lead agency on high speed internet installation. While broadband service blankets cities and suburbs, some rural parts of the Sunshine State still lack coverage.

“We get a taste of the good life, connectivity, being able to use your phone, being able to have broadband access when we go to work, when we go to school, if we’re in college … if we go into town,” Drake said. “We have all that, but when we return to our houses, we’re without any of it.”

But now he wants to pull that responsibility from the Department of Management Services (DMS) because he says the department has gone dormant on it. In its place, DEO has offered to expand coverage as the responsibility falls within its wheelhouse.

And Tallahassee Democratic Rep. Loranne Ausley is working with Drake to utilize federal dollars for the broadband expansion. Because DMS stopped the responsibility, for reasons unknown to Drake, the state has missed out on access to federal funds.

“We don’t always do a good job of drawing down federal dollars that are available,” Ausley said. “And I think this is an opportunity to make sure that we have everything in place to take advantage of these resources that are available to fill a great need.”

She filed an amendment, later pulled, outlining methodology to ensure properties are accurately recorded as having broadband or not. Records are divided by census tract, and if one property has broadband, the entire tract is marked has having access.

“One of the pieces we’re trying to address is real true mapping and an opportunity for consumers to say, ‘This map shows we have high speed and we don’t,’” Ausley said.

Ausley pulled the amendment following discussions with DEO Monday that said the federal government is already implementing some of her proposed changes. However, she will continue to work with Drake on her proposal.

The bill next goes to the Transportation & Tourism Appropriations Subcommittee.

Ausley’s HB 1309 to hand that responsibility to DMS has yet been scheduled for a committee hearing.