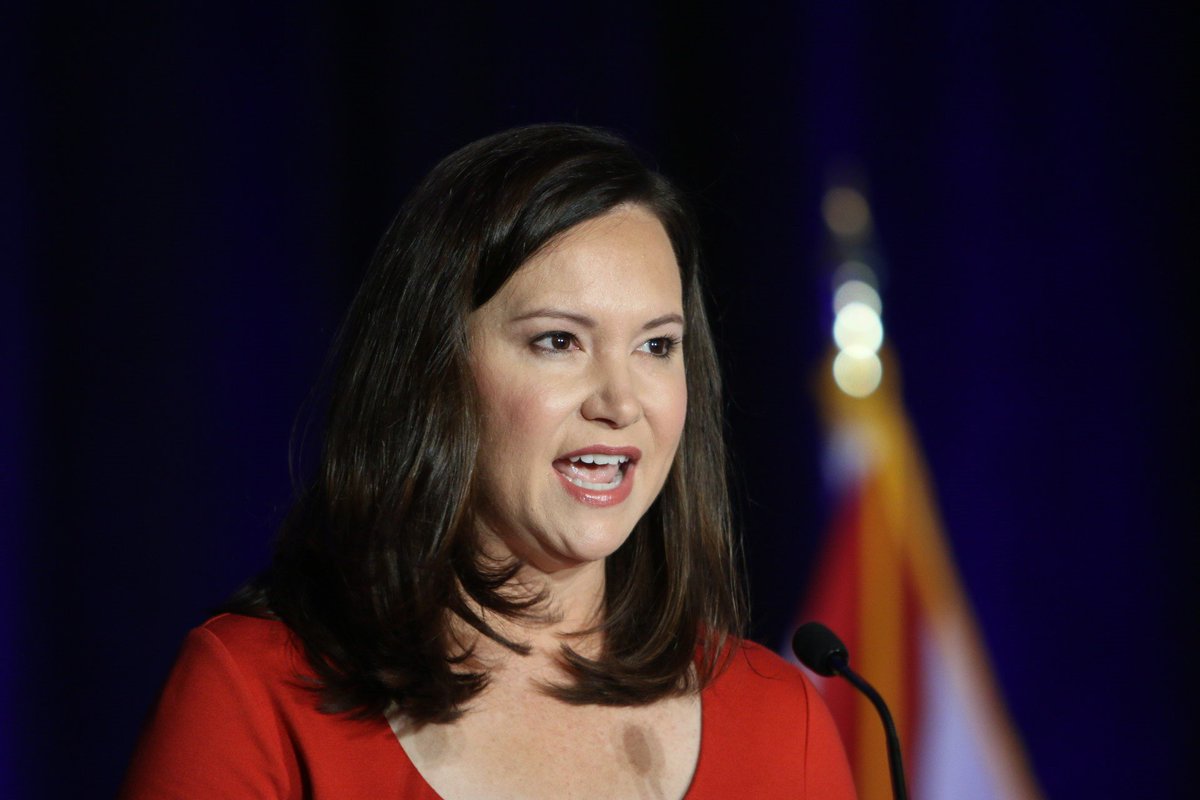 The commission will study areas affecting policing in America.

Attorney General Ashley Moody was honored in Washington, D.C. Wednesday as she was selected by U.S. Attorney General Bill Barr to serve on the Presidential Commission on Law Enforcement and the Administration of Justice.

That body was created by President Donald Trump this past October. Trump signed an Executive Order authorizing Barr to set up the commission to study areas affecting policing in America.

With the commission launching Wednesday, Moody was the only state attorney general in the country named to the organization.

“I am honored to serve on President Trump’s Commission on Law Enforcement and the Administration of Justice to enhance the safety of all Americans,” Moody said in a statement following her appointment.

“President Trump’s support of our brave law enforcement officers and his commitment to protecting law-abiding Americans is inspiring, and through my service on his Commission, I will work every day to further this worthy mission.”

Moody was elected as a Republican to serve as Attorney General in Nov. 2018, defeating her Democratic opponent, Sean Shaw. Moody appeared at a ceremony in Washington, D.C. Wednesday to highlight her appointment to the commission.

Among the issues to be studied by that body are recruiting shortfalls among law enforcement, how to deal with offenders struggling with substance abuse and mental illness, and “the need to promote public confidence and respect for the law and law enforcement officers.”

Moody has worked in the state to discuss mental health and drug abuse issues during her tenure as Attorney General. Her promotion of the Black and Blue campaign also seeks to highlight “steps to forge positive relationships between law enforcement and the communities they serve.”

Moody argues her background makes her qualified to take on those tasks on the commission.

“As a former prosecutor, judge and now as Florida’s Attorney General, I understand uniquely the toll crime takes on families, communities and the taxpayers,” Moody said.

“As the wife of a law enforcement officer, I know the sacrifices involved when a loved one risks their personal safety to ensure the safety of others. I look forward to working with Attorney General Barr and my fellow Commissioners to identify strategies and innovative solutions to help reduce crime, support our law enforcement officers and protect the American people.”

The commission will meet each month during 2020 before reporting its findings to the President and U.S. Attorney General.

nextRick Scott warns CDC not to trust China, be on high alert for coronavirus