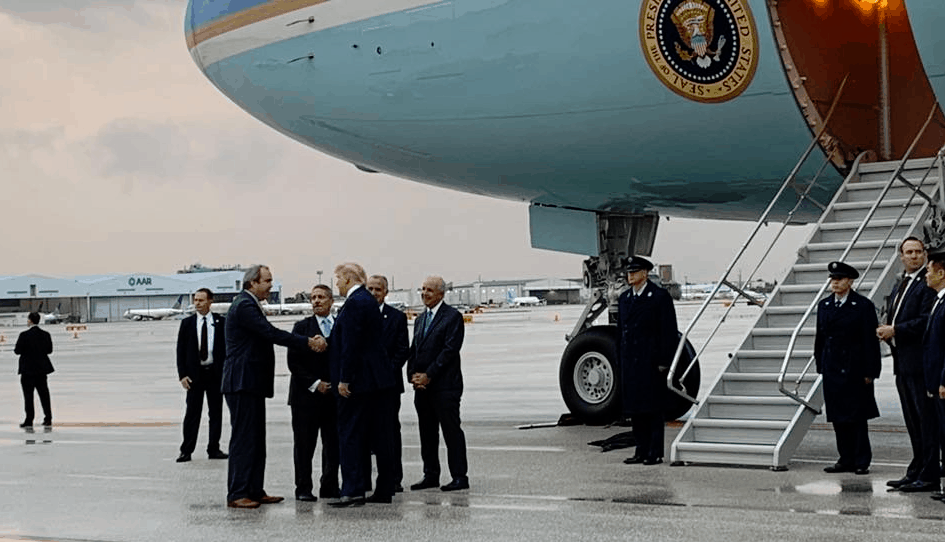 Florida looms large on President Donald Trump’s mind, politically and otherwise. At least that’s what he made clear to Republican Party of Florida chair Joe Gruters.

The Sarasota Republican was on hand to pick up Trump when the President touched down in Miami on Thursday. He ended up with a short meeting in a limousine discussing the packed 2020 that lays ahead.

“He’s a Floridian now, he just loves the state,” Gruters said. “He will make lots of trips here. And his excitement and enthusiasm for the state overall is contagious.”

Of course, that’s no surprise with Trump facing reelection. As has been the case for decades now, Florida will be a battleground state. But Republicans feel good about their chances right now.

But Trump was also interested in other elections. Gruters and Trump met with Miami-Dade County Mayor Carlos Giminez, who just announced a run for Congress. Trump endorsed Giminez in the race to unseat U.S. Rep. Debbie Mucarsel-Powell.

“He (Trump) talked about how lucky we are to have a candidate as strong as him run,” Gruters said. “I filled him in on background with the race, and we talked about other politicos as well.”

That South Florida congressional election was the only federal Florida race Trump and Gruters discussed, though the two also conversed about Senate races outside the state. Gruters declined to say which ones.

The two did talk briefly about impeachment — Trump “feels like he is getting a raw deal” — but most of the talk centered around politics.

The two didn’t discuss some recent Trumpworld friction with certain politicos, like Donald Trump, Jr.’s recent swipe at Senate President Bill Galvano or the apparent snub of U.S. Rep. Matt Gaetz being left out of the impeachment defense team.

“But I know for sure Matt Gaetz is the president’s favorite congressman, and I know he’s happy with Florida leadership overall,” Gruters said.

The two spoke at length about Gov. Ron DeSantis, who Gruters called a tremendous election year asset for the President in 2020.

“As a result of Gov. DeSantis’ popularity and the $3.5 million raised at the Statesman’s Dinner, we are filing on all cylinders,” Gruters said.

previousHoping to build its bench, Dem group to hold free training for candidates and campaign staff in Fort Myers