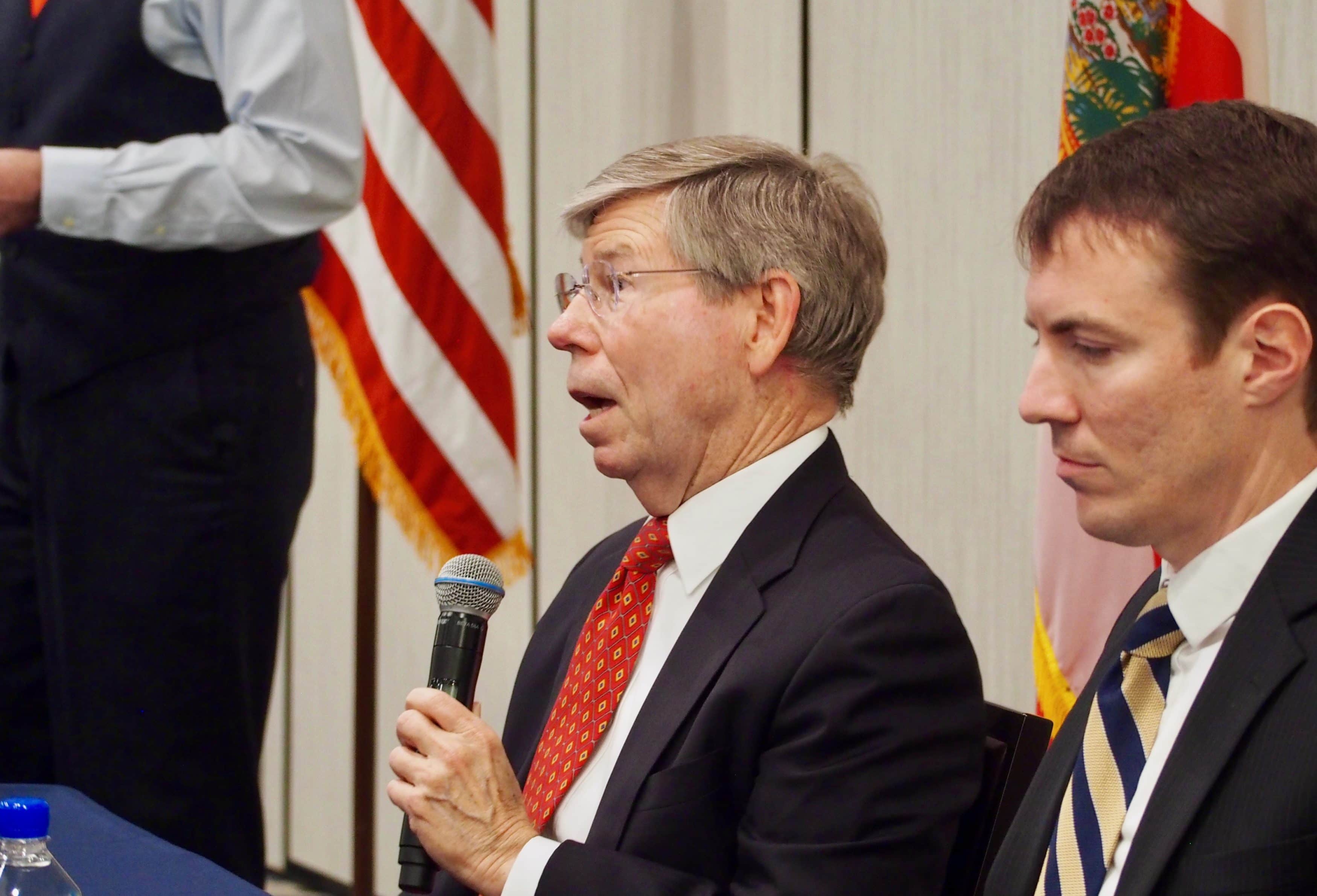 McCollum thinks witnesses can't add much, but not allowing them would look unfair

McCollum, speaking at the Tiger Bay Club of Central Florida, said he does not believe Democrats have a winning legal case against Trump. Yet dismissing articles of impeachment against the President without calling witnesses would probably come back to haunt Republicans, he suggested.

In 1998 and 1999 he was one of the Republican house impeachment managers prosecuting the trial of President Bill Clinton.

“I just don’t think there is a case here. And if you were to ask me to vote on a summary judgment or a dismissal, and I was a Senator… I would vote to get rid of it right now simply because I don’t think it is there. But looking at it politically, looking at it from the country … I think the Republicans are making a mistake if they don’t allow some witnesses, because of the sense of fairness,” McCollum said of Trump’s impeachment.

“I don’t think anything will be particularly proved by those witnesses that might come. I don’t know who they might be. I don’t know if executive privilege might be invoked in such a way if [former National Security Advisor] John Bolton, for example, were called, he wouldn’t be able to say much of anything. … But I think it would be interesting. I personally would like to see and hear from witnesses just out of curiosity. I would like to see Republicans present some of the witneses they could present,” McCollum said.

McCollum was joined in a panel discussion with John Hanley, a lecturer in the University of Central Florida School of Politics, Security, and International Affairs, offering Tiger Bay a detailed analysis of impeachment trials even as Trump’s trial continued Friday afternoon. Hanley teaches about Congress, constitutional law and elections, and has developed expertise in the history and practices of congressional investigations and congressional subpoenas.

Hanley and McCollum offered differing opinions of whether or not the case presented this week by House Democratic impeachment managers, including U.S. Rep. Val Demings of Orlando, offered enough to justify removing Trump from office.

McCollum praised the Democrats’ performance. Yet he argued that the critical point is proving Trump’s motivation when he dealt with Ukraine, and he does not believe the Democrats have or are able to prove anything.

Hanley agreed that there is little chance that Democrats will convince Republican Senators. The American people, he contended, are another matter, and he suggested many Americans already believe that Trump is capable of doing what the Democrats allege, so it shouldn’t be too hard to convince them.

“This is the kind of way the President operates. It’s not very hard for the public to believe that this was done out of personal motives,” Hanley said.

nextVal Demings picks up $208K in Q4 for re-election bid