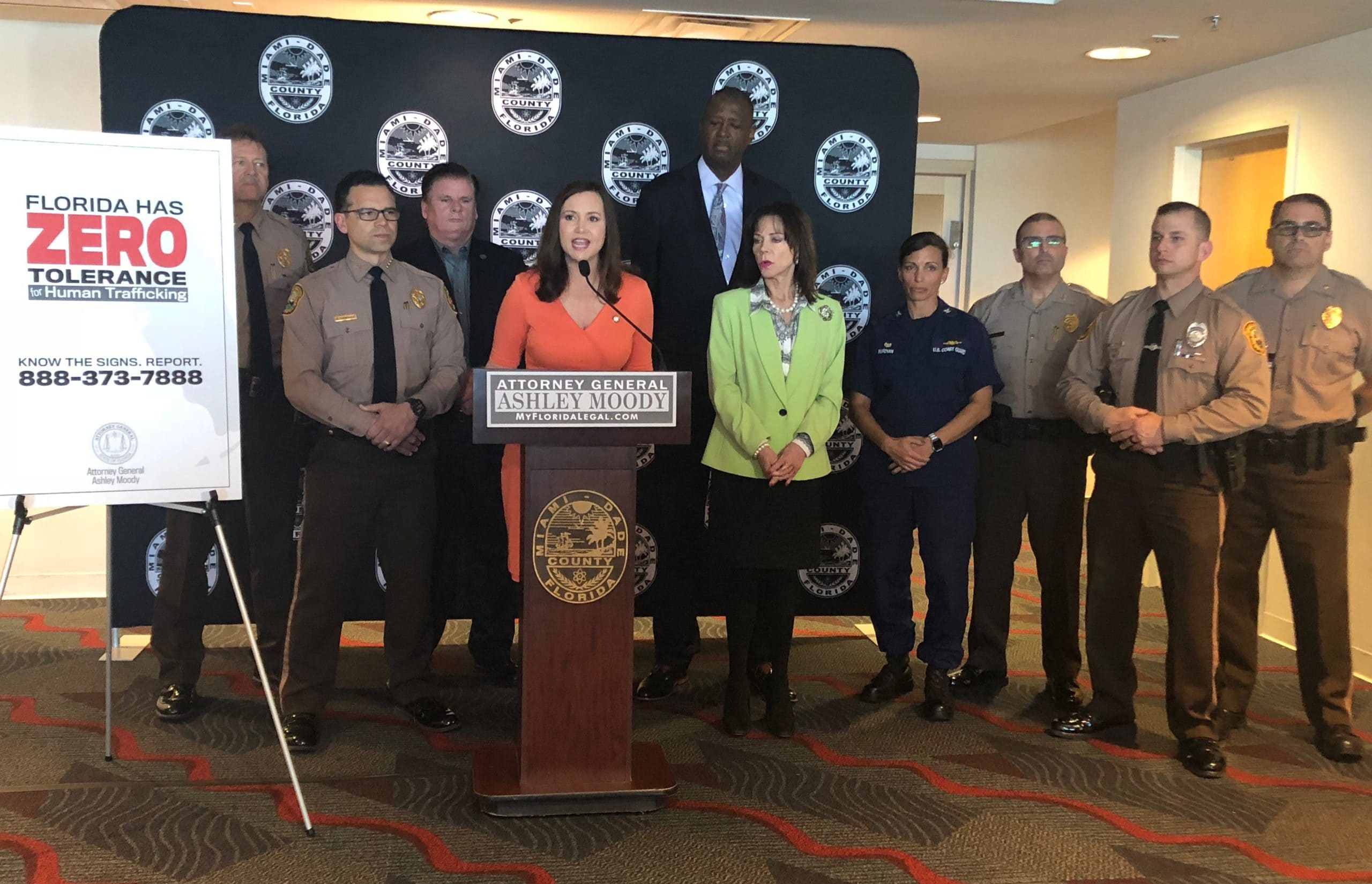 The Super Bowl will take place on Feb. 2 at Hard Rock Stadium in Miami Gardens. The game attracts thousands of visitors each year looking to watch the game and participate in parties and events in the week leading up to the contest.

With an influx of visitors, Moody has warned of the risk of individuals being used for sex trafficking. Her office cites reports of more than 160 people arrested on trafficking charges during last year’s Super Bowl in Atlanta.

Moody says the state has partnered with the hotel industry — where trafficking can often occur — as well as ride-sharing services such as Uber to educate workers on how to spot potential instances of trafficking.

“Now, more than ever, it is important that we enlist more partners in our fight to end human trafficking,” Moody said in a statement Friday.

“Super Bowl LIV is only nine days away, and we are bolstering our efforts to combat this atrocious crime leading up to this worldwide event. We will need everyone’s help in fighting this evil, which is why I am busy working with local business leaders and industry professionals to have more eyes and ears on the ground to help report suspicious situations.”

The Friday visit to South Florida included a meeting at the Port of Miami to discuss prevention efforts.

The Super Bowl isn’t the only major event in 2020 that is worrying Moody. Tampa is scheduled to host this year’s Wrestlemania, an event which often attracts large numbers of tourists and thus can pose a trafficking risk.

Last year, lawmakers passed legislation aiming at cracking down on human trafficking by increasing training and awareness, as well as setting up a database of pimps and johns. Sen. Lauren Book and Rep. Heather Fitzenhagen sponsored that legislation.