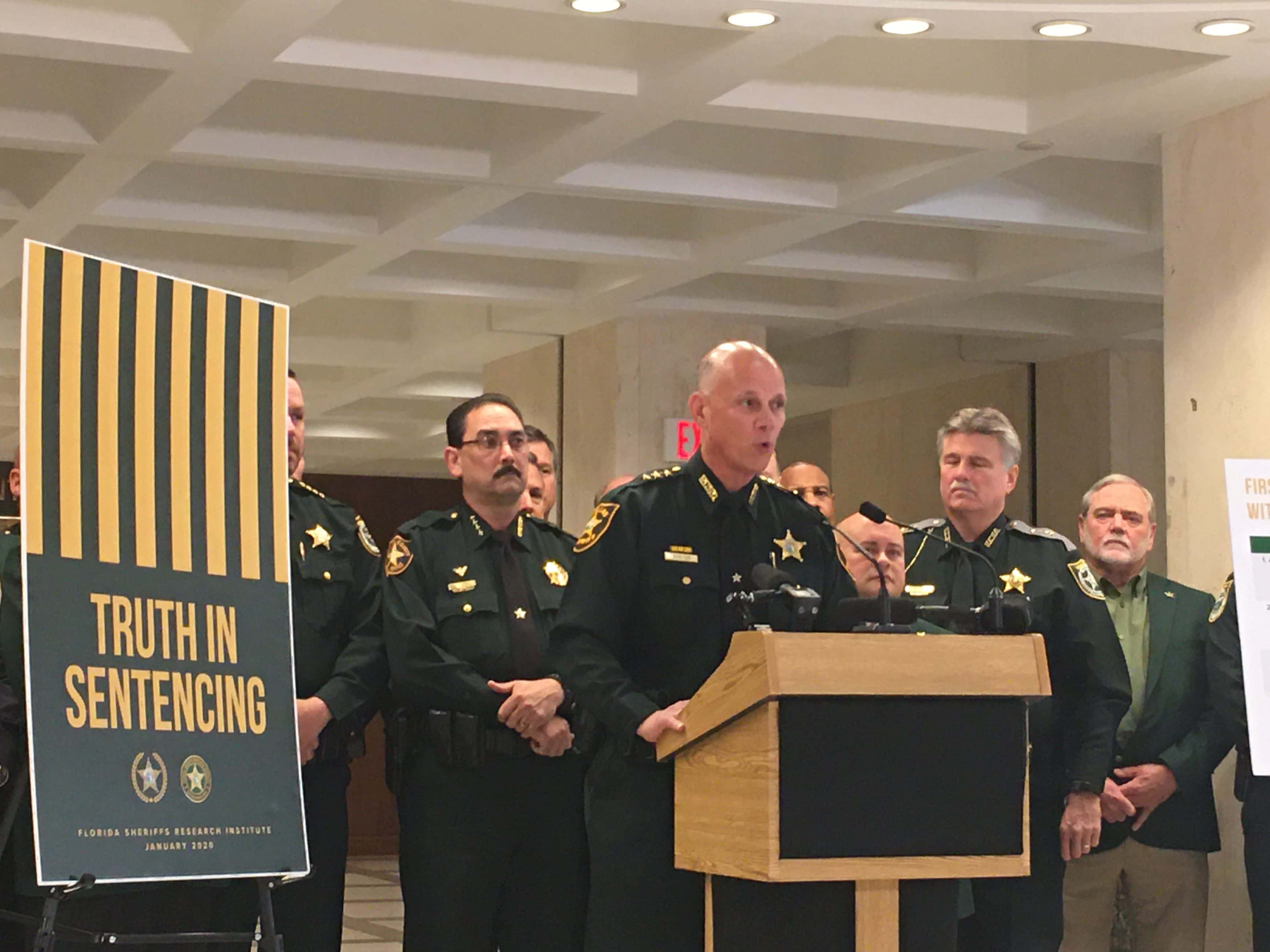 With a number of bills in play that would reduce or mitigate current sentencing policy, Florida Sheriffs had their say defending mandatory minimum sentences.

With live proposals for everything from changing mandatory minimums on drug policy to early release for old and infirm inmates, and a crisis in the prison system guiding the reform push, the Sheriffs’ message is that what they are doing works despite these systemic stressors.

The Sheriffs support current law requiring inmates to serve 85% of their time, saying that it has lowered both crime and the incarceration rate in the decades since instituted in 1995.

The report opposes “gain time” proposals that would let prisoners out after serving 65% of sentences, noting that first-time offenders are only 5% of the prison population. Gualtieri spent some time making the point that these bills would let dangerous people on the street.

Gualtieri noted that many so-called “first-time offenders” have made stops in county jail, and just 65 of them were first-time drug possession offenders.

“You about have to beg your way to state prison,” Gualtieri said.

Today, prisons are overcrowded by most accounts, with staffing and infrastructural issues endemic throughout the system.

“The system is not broken,” Gualtieri said, despite these issues.

Gualtieri said the “reform” push was driven often by anecdote and “ungrounded opinions,” with a misconception that prisons are full of people locked up for drug possession.

“Criminal justice reform … code for ‘let’s be soft on criminals’,” the Sheriff remarked.

Due to “significant reductions in the likelihood of recidivism,” Gualtieri contends that current policy begets “less crime and fewer victims.”

The report leans on data from 2010 to evaluate recidivism, with text saying “at the time, the authors concluded that 85% time served had not resulted in longer prison sentences or overcrowding.”

“This is the data that’s out there … there haven’t been a lot of studies done more recently. It takes a long time to do this research,” Gualtieri noted.

Mitigation of sentence terms, he said, is a “facade.”