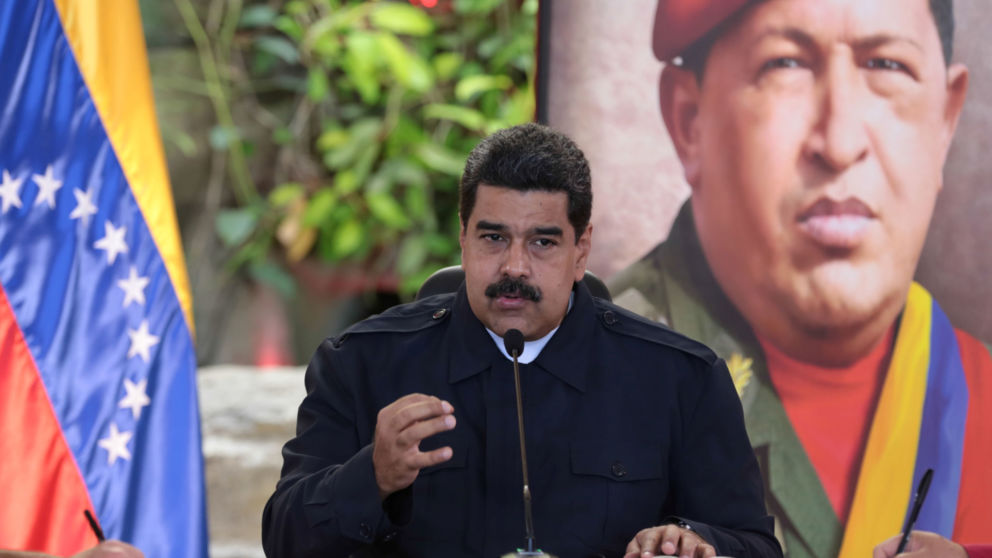 Kise turned over key documents during the ethics case against Andrew Gillum.

Chris Kise, the attorney who turned over key documents in the ethics case against former Tallahassee Andrew Gillum, is now representing a member of the Nicolás Maduro government according to documents reviewed by Florida Politics.

FARA requires individuals or firms doing work on behalf of a foreign principal to register with the U.S. government. Foley & Lardner, the law firm Kise works for, is listed as the registrant on the form received by the U.S. Department of Justice on Friday.

Muñoz Pedroza has been dispatched by Maduro in the past to intervene in U.S. court cases to recover disputed funds for the Maduro government. Those efforts have been criticized by the country’s National Assembly Leader Juan Guaidó, who argues the Maduro government is illegitimate.

The U.S. views Guaidó as the country’s rightful leader.

Kise’s work will be aimed at helping Muñoz Pedroza argue that U.S. sanctions imposed on Venezuela should be reduced. Those sanctions are aimed at driving Maduro out of power.

The legitimacy of Maduro’s most recent election has been questioned. Inflation in Venezuela has hit sky-high marks as residents faced shortages of several basic necessities. The Maduro government has also detained multiple journalists, including Americans, for critical reporting.

But Muñoz Pedroza — and now Kise — argue those sanctions should be pulled back.

Kise courted headlines during the 2018 gubernatorial campaign between Gillum and now-Gov. Ron DeSantis. Gillum was being investigated by the Florida Commission on Ethics over allegations he had received illicit gifts from Tallahassee lobbyist Adam Corey.

Kise served as Corey’s attorney at the time. As part of the investigation, Kise turned over documents to investigators on the Gillum case. The proceeding ultimately resulted with a finding of probable cause and a $5,000 fine for Gillum.

A veteran of the Rick Scott gubernatorial transition team, Kise went on to serve on the transition team for DeSantis after Gillum was defeated in November 2018.

Kise’s work is also notable given his former bosses — Scott and DeSantis — have been harshly critical of the Maduro regime.

When Trump recognized Guaidó as Venezuela’s rightful leader, DeSantis seconded. Scott has gone so far as to label Maduro’s actions as “genocide.”

“This is shocking news considering the absolute genocide Maduro is committing on his citizens. He is a thug and a dictator who is murdering children and starving his people. No business in the United States should have any contact with Maduro’s government, let alone willingly take money to lobby on its behalf,” Scott wrote.

“The United States has taken strong action to try to force Maduro aside, but more must be done to bring freedom to the people of Venezuela. Frankly, I’m disgusted to learn that your firm has decided not to support this fight, and is instead choosing to stand with Maduro. As long as you represent a dangerous dictator who is against everything this country was built on, I refuse to meet with anyone in your firm, or anyone that contracts on this matter with your firm, regardless of the many clients you represent. And I am urging every one of my colleagues to do the same.”

There has been a renewed focus on FARA, as the act has been cited in several high-profile investigations surrounding confidants of President Donald Trump in recent years.

The FARA registration statement reviewed by Florida Politics details Kise’s expected actions on behalf of Muñoz Pedroza. His potential tasks include reviewing actions taken by the Office of Foreign Assets Control (OFAC) under the U.S. Department of the Treasury, which administers and enforces U.S. sanctions.

nextLawmakers grapple with what to do about abandoned boats