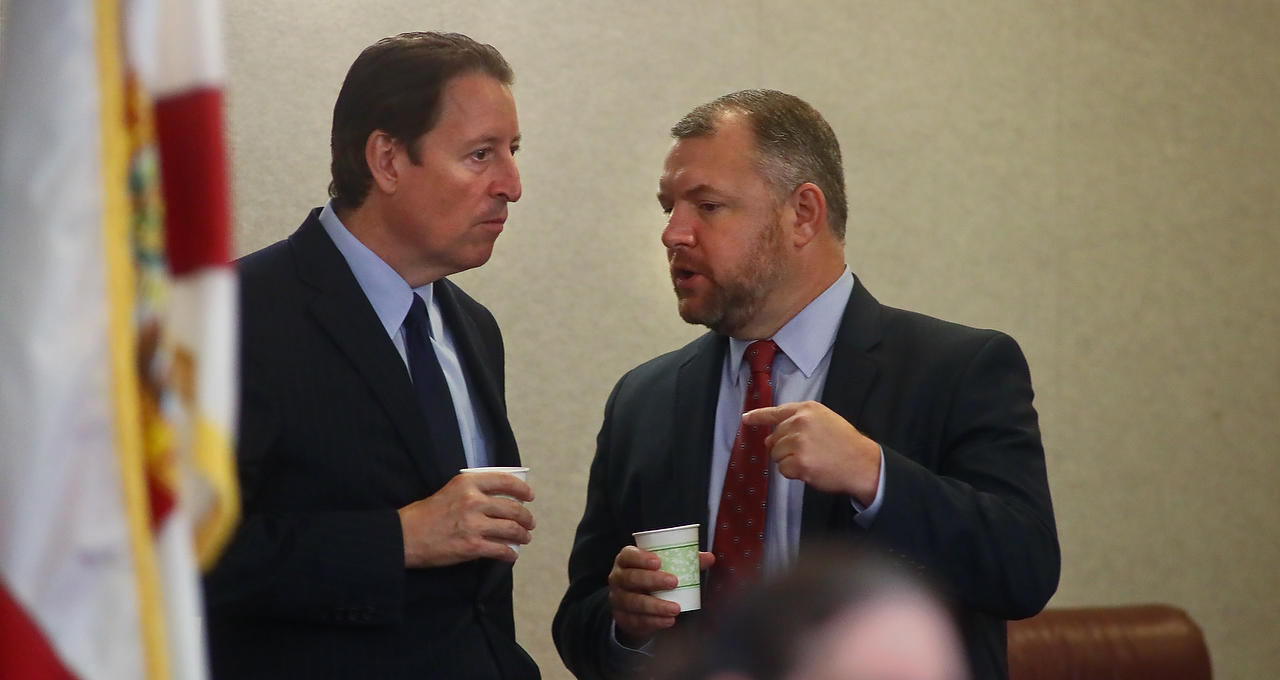 It's a bigger proposed spend than the Governor's proposed budget.

On Thursday, the Senate rolled out a $92.8B budget, complete with affirmational quotes from the Senate President and the Appropriations Chair.

The proposal is a full $1.4 billion more than Gov. Ron DeSantis‘s recommended budget.

“The Senate’s $92.8 billion budget accounts for significant changes in estimates of future state obligations that occurred between the August and January consensus estimates developed by subject matters experts appointed by the Governor, Senate President, and Speaker of the House. The Senate budget is based on January estimates not available when the Governor and Executive Branch Agencies submitted funding requests and recommendations in the fall of 2019,” asserts the media release.

As the 2020 Legislative Session hurtles forward, the budget debates will frame increasingly the time until Sine Die, which is Friday Mar. 13 this year.

Senate President Bill Galvano led off with commentary on the education piece of the budget.

“The Senate budget builds on our commitment to elevate the teachers and school personnel who serve students in our neighborhood public schools. Building on a $783 million increase in K-12 education funding approved by the Legislature and Governor DeSantis last year, our proposed Senate budget raises per-student funding to an unprecedented level again this year, with specific funding dedicated to support teachers and other school personnel,” Galvano said.

“The Senate budget appropriates $500 million in a new Teacher Salary Increase Allocation, along with $325 million in increased flexible funding through the Base Student Allocation, which districts can invest in teachers and school district personnel. These significant increases allow us to reach Governor DeSantis’ goal of increasing the minimum classroom teacher salary over the next few years, while also providing opportunities for districts to invest in veteran teachers and the many other members of school district personnel who have such a tremendous impact on our children’s education,” Bradley noted.

DeSantis wants $602 million to set a minimum salary for teachers at $47,500, which would put Florida only behind New Jersey in teacher pay. He’s seeking an additional $300 million for a bonus program for teachers and principals, targeting underserved populations.

The Senate is willing, as of now, to cede $400 million to districts for the salary goal and $100 million for experienced teacher raises, with no bonuses contemplated. The House wants to cut bonuses also, and devote $500 million to teacher salaries.

“I am also pleased to see continued investment in protection of our environment and water quality. Continuing our investment in storage and treatment projects North of Lake Okeechobee, Red Tide and toxic algae research, septic-to-sewer conversions, and development of coastal resiliency planning are all critical components of a long-term strategy to restore and protect Florida’s unique natural environment and the quality of life we as Floridians enjoy,” the President said.

Bradley filled in the blanks there, highlighting “significant investments in Everglades Restoration and protection of our water resources by dedicating $643.6 million to these important efforts.”

“Additionally,” the budget chair added, “our $125 million investment in Florida Forever continues our commitment to faithfully implement the Water and Land Conservation Amendment passed by voters.”

Galvano said the “budget also expands funding for resources for vulnerable Floridians, including increased funding for home and community-based services for Floridians with unique abilities, and a rate enhancement for the dedicated providers who serve Floridians living in nursing homes.”

“We also include a meaningful investment in across-the-board salary increases for our hardworking state employees, as well as forward-looking investments in infrastructure that are critical to future security and economic growth,” the President added.

“This year, one of our commitments from the onset of our budget planning was to invest in a salary increase for our state employees. In addition to an across-the-board raise, the Senate budget ensures that the increase in the cost of state employee health insurance is fully funded by the state. The increase in the cost of health insurance this year is approximately $640 for an individual and $1,440 for family coverage.”

The commitment to salary hikes for state workers, which Galvano telegraphed in conversation with the Tallahassee Democrat, is at odds with proposals from the House and Governor. It comes at a time when state workers (American Federation of State, County and Municipal Employees (AFSCME) Florida) are at an impasse with the state over raises,  which have been few and far between since the 2008 economic downturn.

In addition to state workers, the Senate, like the Governor, seeks full funding of the Sadowski Affordable Housing Trust Fund: $387 million. This will be more fodder for eleventh-hour bargaining: the House seeks less than half of that sum.