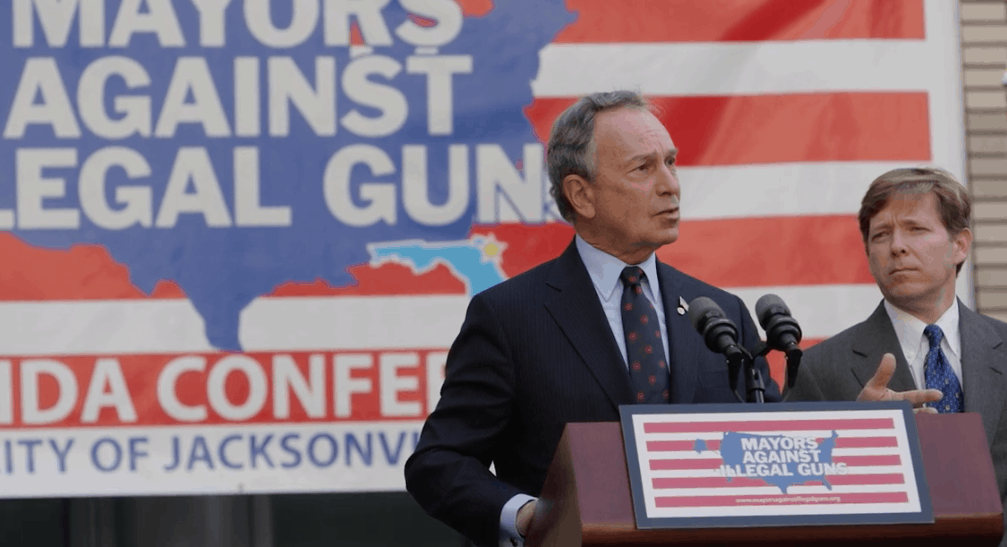 Democratic presidential contender Mike Bloomberg‘s campaign will be kicking off its gun law reform bus tour of the east coast by starting from a new Florida office in downtown Orlando Monday afternoon.

The former New York City Mayor won’t be there himself Monday, nor will he be in Iowa where other Democratic presidential candidates would hope to be making last minute pitches for caucus votes.

Instead, Bloomberg, who has been running a non-traditional rogue campaign for the Democratic nomination, is campaigning in California Monday, and in Michigan and Pennsylvania Tuesday.

Bloomberg’s campaign also announced it is launching a second gun violence commercial, this time focusing on the 2018 massacre at Marjory Stoneman Douglas High School in Parkland. The ad is a digital commercial that begins running Friday, targeting internet users across Florida. It features Sari Kaufman, a Stoneman Douglas shooting survivor.

“I met all of the Presidential candidates and Mike Bloomberg sticks out because he doesn’t just speak on an issue he acts on it,” Kaufman says at the conclusion of the ad. “A lot of politicians run away from the issue of gun violence, and Mike Bloomberg runs toward it.”

On Thursday, the Bloomberg campaign released “George,” the ad that will air during Super Bowl LIV on Sunday. The ad features Calandrian Simpson Kemp, a mother from Texas whose son, George Kemp Jr., was shot and killed. She is an active member of Moms Demand Action, the grassroots movement of Americans fighting for public safety measures that can protect people from gun violence.

She and George Kemp Sr. will be in Orlando at the start of the bus tour along with other, as yet not disclosed special guests, and Tim O’Brien, senior advisor to Bloomberg’s campaign.

There was no word from the Bloomberg campaign Friday whether anyone would be at the 5 p.m. event representing Pulse victims’ families or survivors. Pulse, the popular Orlando gay nightclub, was the site of a 2016 massacre. Pulse is less than two miles down the street from Bloomberg’s campaign office.