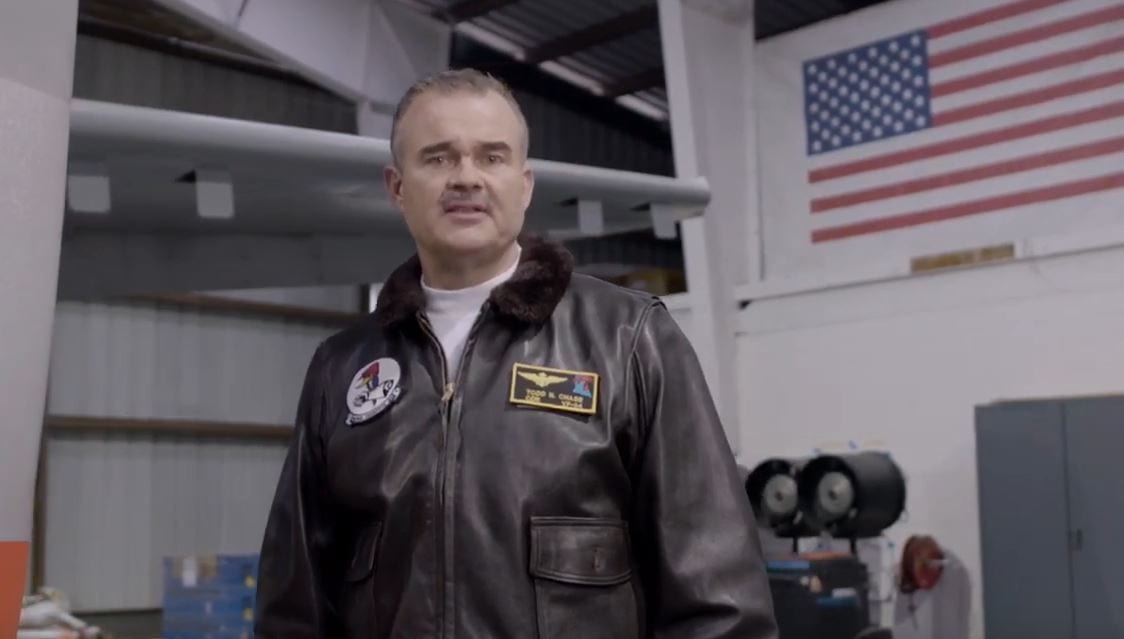 He becomes the eighth Republican to file for the 2020 contest.

Todd Chase, a former member of the Gainesville City Commission, has added his name to the jam-packed field to replace Rep. Ted Yoho in Florida’s 3rd Congressional District.

Chase, a veteran of the Navy, made the announcement Tuesday morning and paired with it a 90-second campaign launch video titled, “The Pilot.”

He becomes the eighth Republican to file for the 2020 contest.

“As a Navy pilot, I flew missions on the front lines of freedom. As a technology entrepreneur I saw how innovation creates jobs and hope powers confidence. As a local leader, I fought, oftentimes alone, to remind other leaders who they work for,” Chase said in a statement announcing his run.

“I’m running for Congress to bring conservative values, backed by real world experience, to Washington where politicians spend too much time attacking each other instead of attacking the challenges that stand between us and our future.”

In early December, Yoho announced he would retire after this congressional term — his fourth. That honors a campaign pledge he made during his first run, when he promised not to represent the district for more than eight years.

And on the Democratic side, Adam Christensen, Phil Dodds, Richard Rowe and Tom Wells, are all seeking that party’s nomination. The district leans Republican, however.

“Like the President, I believe America’s strength begins at home, with better paying jobs, lower taxes, and a commitment to back our men and women in uniform — during and after their service — with everything we’ve got,” Chase added.

CD 3 is located in northeast Florida. It covers Alachua, Bradford, Clay, Putnam and Union counties and part of Marion County.