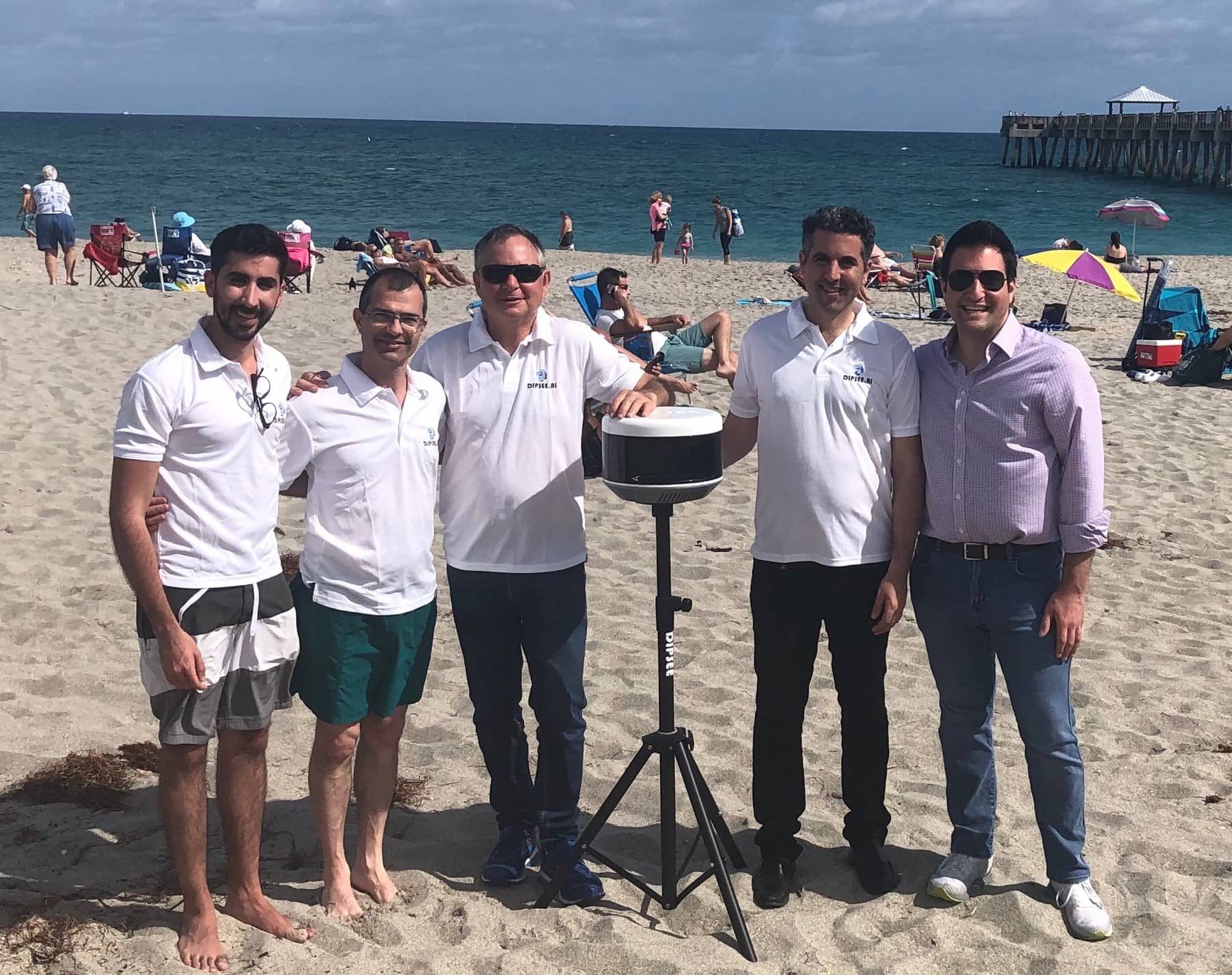 Yaniv Vaknin, the company’s CEO, says the software looks for the presence of foam, the lack of breaking waves and other features that can indicate a rip current.

“We collect data from thousands of pictures and we trained an AI model to detect rip currents,” Vaknin explained.

Currently, those cameras can each capture a width of up to 500 feet. Once a rip tide is spotted, a nearby lifeguard can be immediately alerted to the danger. Vaknin says that can be done by a speaker, or through a smartphone alert to lifeguards directly.

Vaknin said he wants to apply advances in AI that are prevalent in other industries to help protect beachgoers.

“Surgeons, 20 years ago, worked with their hands, only with their hands. Today they’ve got medical devices with artificial intelligence, along with the automotive industry and some other industries. And open-water safety stayed behind.”

Matt Spritz of The Spritz Group is currently lobbying on behalf of the company here in Florida, with the goal of having a municipality purchase the machines.

“Let’s say you have a life guard at one end of the 500 feet, and somebody is in the water and entering a rip current on the other end,” Spritz explained.

“Those seconds matter. Those seconds can save that person’s life to the extent that lifeguard is getting a notification and can hop on a vehicle and get there in time.”

Wednesday’s demonstration featured Palm Beach officials including Eric Call, the county’s director of Parks and Recreation. Spritz said he’s hoping the county will sign onto a pilot program here in the U.S., and that discussions are ongoing with multiple municipalities.

Dipsee has already run a pilot program in the Israeli city of Ashdod. The city purchased the technology following that test run.

Vaknin also addressed potential privacy concerns, arguing the distance of the cameras makes it near-impossible to identify an individual.

“Our system can detect a person, but it cannot recognize a person. For example, we can say it’s a person but we cannot say it’s Jim or George. We are not doing a face recognition.”

Plus, he argues, the reality of current technology already sees much more detailed recordings regularly.

“You’re walking in the street, you’re recorded — with the face recognition.”

Spritz said the cameras would run “less than six figures” per device, though a final price is still being nailed down. As for why Vaknin chose the Sunshine State for his company’s potential expansion into the U.S.?

“Florida is the place to be,” Vaknin said.