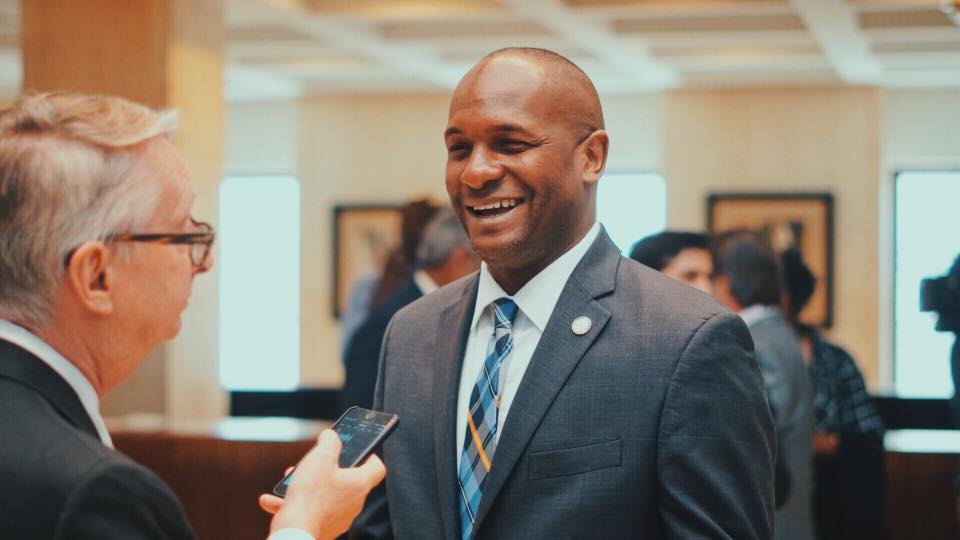 The would strip the "clean hands" requirement.

Legislation expanding who may seek compensation for wrongful incarcerations is set for a full vote in the House after sailing through its committees of reference.

The bill (HB 259,) filed by Rep. Bobby DuBose, would extend the window for people to file for compensation from 90 days to two years. And an amendment — stemming from work in the Criminal Justice Subcommittee, led by Chair Jamie Grant — would drop the “clean hands” clause barring compensation for those with past convictions.

“No amount of money can ever repay them for the time they lost and what they have endured,” Dubose said. “A simple apology can help them move forward, but more importantly, this bill and this compensation, it’s something most of us may see as a process, but for many of them, coming back into society that they’ve been taken away from, this is really life-changing.”

Dubose is the House Democratic Leader-Designate.

Of the 35 states with codified wrongful conviction compensation, Florida is the only one with a “clean hands” provision. About 14 individuals are currently barred from seeking compensation because of unrelated prior convictions, Grant said.

“It is unfair as a state that two people can be wrongfully convicted of the same crime and serve the same time, but when released, we only compensate one of them for their lost time,” DuBose said.

The Representative from Fort Lauderdale says the years pushing for the bill have allowed him to meet Clemente Aguirre, Clifford Williams and others recently freed after wrongful convictions. His amendment would let people file retroactively if they were blocked from seeking compensation by that rule or because their acquittal or dropped charges came outside the 90-day window.

“What you have when somebody comes out of prison is a statute of limitations that requires them to prove they were wrongfully incarcerated prior to the point at which double jeopardy would apply or a second bite at the apple could happen,” Grant said.

The House Judiciary Committee gave the final check Thursday after a 13-1 vote. Winter Haven Republican Rep. Sam Killebrew cast the lone no vote, the first against the bill that passed its two prior committees unanimously.

“We’re recognizing the greatest atrocity government can commit is taking your life or your liberty,” Grant said. “It’s not a secret or unknown that we have had people wrongfully incarcerated. We have executed people who were not guilty of the crimes they were convicted of.”

The amendment prevents a deceased wrongfully convicted person’s family members from filing on their behalf.