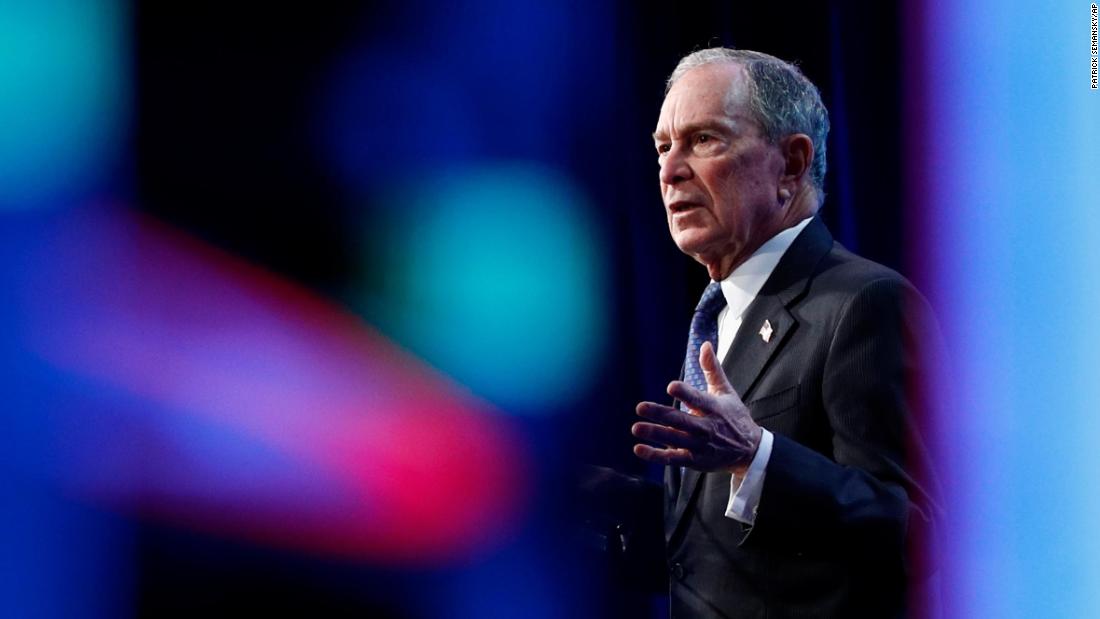 Biden dropped 15% from the last poll.

St. Pete Polls conducted the survey among likely Florida voters. More than 27% selected Bloomberg as their top choice. Biden secured just under 26% support in the survey.

That’s within the poll’s margin of error, which is 1.8 percentage points. But it marks a drastic shift from the previous snapshot of the race taken by St. Pete Polls, when Biden performed 15 points better.

That version showed Bloomberg in second place with 17% support. Biden, meanwhile, received 41% of the vote.

What changed? Well, for one, Iowa and New Hampshire voters have now had their say in the race. While the pair of states represent a tiny fraction of the Democratic electorate — and are far more white than the party’s base as a whole — Biden has nevertheless taken a hit among some voters because of his poor performances in those states. He placed fourth in Iowa and fifth in New Hampshire.

Biden has always been stronger among the minority community. But he’ll need a pair of strong showings in the next two states on the calendar — Nevada and South Carolina — both of which contain a much larger number of minority voters.

Meanwhile, the slow start has been enough to spook some Biden supporters in Florida. Sen. Jason Pizzo and former Rep. Robert Asencio — both previously Biden backers — have each swapped their endorsement to Bloomberg in recent weeks.

And Bloomberg has his own hurdles to overcome, given recent revelations about his record.

A 2015 recording leaked this week revealed Bloomberg defended his stop-and-frisk policy during a speech by stating he needed to “put a lot of cops where the crime is, which means in minority neighborhoods.”

In the audio, Bloomberg can be heard saying the only way to keep guns out of the hands of minority youth is “to throw them up against the wall and frisk them.”

Elsewhere in the recording, Bloomberg said, “95% of your murders — murderers and murder victims — fit one M.O. You can just take the description, Xerox it, and pass it out to all the cops. They are male, minorities, 16 to 25. That’s true in New York, that’s true in virtually every city.”

In response to the backlash following the audio’s release, Bloomberg reiterated past statements that he was wrong about the policy at the time.

“By the time I left office, I cut it back by 95%, but I should’ve done it faster and sooner. I regret that, and I have apologized — and I have taken responsibility for taking too long to understand the impact it had on black and Latino communities,” he said.

And in 2008 remarks uncovered Thursday, Bloomberg seemed to partially blame the end of redlining for the economic collapse that year. Redlining was a discriminatory form of lending aimed to keep minorities in impoverished neighborhoods.

The poll also comes as Biden focuses heavily on Florida. He launched a new ad campaign in 26 states, including Florida, touting his work as New York City Mayor on lifting black-owned businesses.

According to a Florida Politics analysis, Bloomberg has already spent at least $11 million on television ads in Florida’s major media markets while his Democratic opponents have spent nothing.

Bloomberg has also opened several campaign offices in Florida as his opponents continue focusing their efforts on early primary states.

The St. Pete Polls survey was conducted from Feb. 12 to 13, just as these stories began gaining traction. It remains to be seen whether those statements — and further investigation into the record of the newest entrant into the race — will slow Bloomberg’s progress.

Both Bloomberg and Biden earned more than double support of the next-highest competitor. Former South Bend Mayor Pete Buttigieg was barely ahead of U.S. Sen. Bernie Sanders of Vermont in the survey. Buttigieg earned 10.5% of the vote, while Sanders sat at 10.4%.

U.S. Sen. Amy Klobuchar of Minnesota — who earned a surprising third-place finish in New Hampshire — sat in fifth with 8.4%. U.S. Sen. Elizabeth Warren trailed with 4.8% and billionaire Tom Steyer at 1.3%.

But 11.2% of voters also say they’re still undecided, meaning the race still has some shifting to do before the March 17 primary.

The contest will also be impacted by Super Tuesday on March 3, where Bloomberg has invested heavily. He has skipped the first four states — Iowa through South Carolina — entirely.