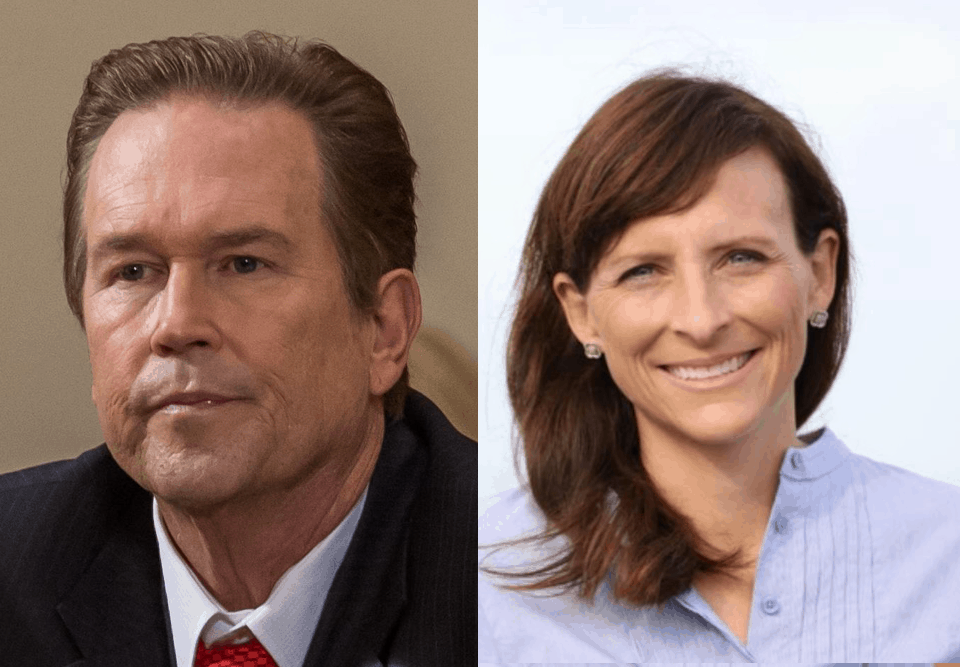 She said Floridians deserve a Rep. who will stand up for women’s equality.

Rep. Vern Buchanan joined most House Republicans in voting against extending the deadline for the Equal Rights Amendment. Now, Democratic opponent Margaret Good has slammed the move as a dig on women’s rights.

“We deserve a representative that will stand up for women’s equality, but that’s not what Vern Buchanan did today,” Good said.

The House voted Thursday in favor of removing a 1982 deadline for state ratification of the U.S. Constitutional amendment, which prohibits discrimination on the basis of sex. The vote, though passed, was largely symbolic as Senate Majority Leader Mitch McConnell has said he doesn’t support the measure and isn’t likely to put it before the body he controls.

The required 38 states have now ratified the ERA, but that deadline prohibits the amendment’s inclusion to the constitution. Congress must either eliminate the deadline or change it.

Buchanan’s campaign team said the Congressman cast his vote on the grounds extending the deadline was not the right procedural move.

“Obviously, Vern supports women’s equality and agrees with Supreme Court Justice Ruth Bader Ginsburg that the ratification deadline has expired,” said Max Goodman, Buchanan’s campaign manager. “This is another example of Margaret Good’s blind partisan loyalty to Nancy Pelosi’s agenda, which in this case was even rejected by liberal icon Ruth Bader Ginsburg.   In fact, the U.S. Supreme Court in 1982 deemed the issue ‘legally dead’ and the U.S. Justice Department has ruled that any legislation to extend the deadline is unconstitutional.”

“Women should be equal under the U.S. constitution, if we’re going to talk about things where it’s past time something happened,” she said.

Good, now a state Representative, put her Republican opponent on blast as she pushes the Florida House to ratify the ERA. She’s one of 22 House members co-sponsoring HCR 239, which could make Florida the 39th state in the union to ratify. That measure, however, is likely stalled this legislative session.

Good also notably urged colleagues at the Sarasota County Delegation meeting last year, after she was running for Congress and before enough states had approved the ERA for it to move forward, to add their support.

“Advancing women’s rights and gender equality is a priority of mine, which is why I’ve co-sponsored a bill to ratify the ERA in Florida and worked locally with elected officials and community leaders across the district to pass local resolutions in support of ratification of the ERA,” she said. “It is clear that the people of this district value women’s equality, now we need a representative who shares our values.”

Good noted she’s not the only resident in Florida’s 16th Congressional District to favor the ERA. Several local governments passed resolutions in favor of the amendment, including a number in Republican-heavy jurisdictions.

Good, who defeated Buchanan’s son James in 2018 to win her spot in the state Legislature, has made women’s issues a central part of her Congressional campaign. She’s won endorsements from Emily’s List, NARAL Pro-Choice America and Planned Parenthood Action, the three biggest pro-choice women’s groups in federal politics.

Meanwhile, her campaign highlighted Buchanan’s own record on women’s issues.

He voted against the Lily Ledbetter Fair Pay Act in 2009.

And while he in 2018 urged reauthorizing the Violence Against Women Act, he ultimately voted no on the legislation last year.