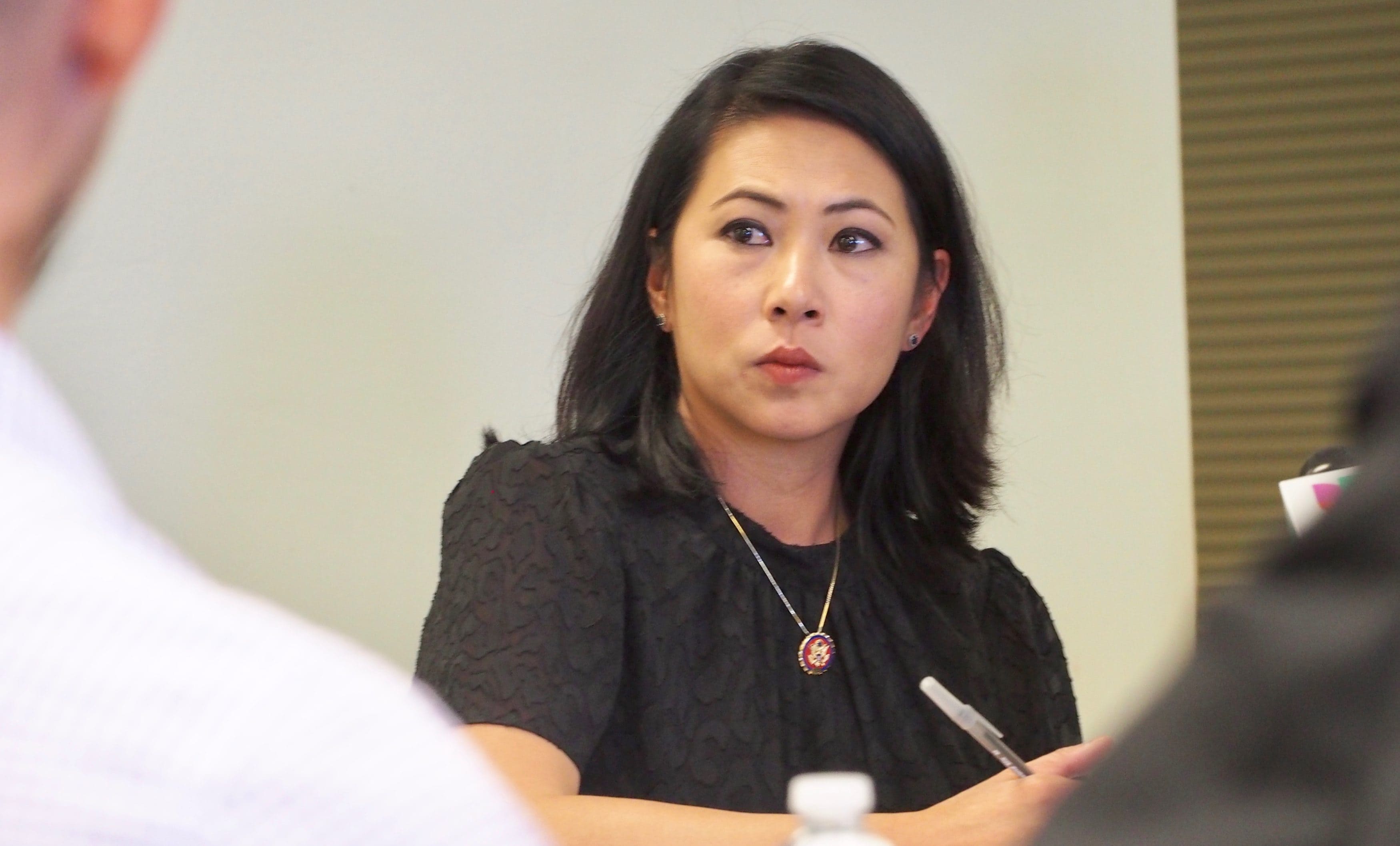 Worried about the coronavirus? Don’t worry, but pay attention, and maybe get a flu shot if you haven’t already.

No, the flu vaccine won’t protect from the new coronavirus rapidly spreading in China and showing up in isolated cases in the United States and elsewhere. But right now the flu outbreak is real in the United States, and deadly, while the coronavirus still is nothing more than a possibility. So if people are worried about getting sick, they should get a flu shot, public officials told Rep. Stephanie Murphy at a roundtable discussion on the public health concerns of Florida.

Murphy assembled a panel of public health, medical, and emergency management professionals Monday to assess whether the coronavirus pandemic prospects, and the disease it causes now identified as COVID-19, are yet hitting Florida, whether Florida is vulnerable, whether local officials are ready, whether officials know what to expect, what the public should be thinking and doing and what Congress should be doing. [The Florida Department of Health declined to participate, Murphy said.]

No, the various experts said, it’s not hitting Florida yet. Yes, Florida is highly vulnerable not just because of its tourist traffic but because of its large number of seniors. Yes, local officials are ready. No, there’s not enough information yet to know what to expect.

The public should be alert but not alarmed. Congress should send money, they told her.

Internationally, there have been 49,053 confirmed cases and 1,383 deaths, with 99 percent of them in China, according to the World Health Organization.

There have been 29 confirmed cases either in the United States or from U.S. citizens abroad. None has died. There have been a couple of people tested in Florida, including one in Orlando, but the tests came back negative. It’s possible, with Florida’s flow of visitors, that Florida could be hit, but it’s also possible the outbreak could wane and end with warm weather, just as several previous global virus scares have done in recent years, the panel told Murphy.

“It sounds like everyone has their plans … and that gives me a bit of confidence and I am hopeful that folks who are watching at home have confidence as well. And it sounds to me like that while it is important to be vigilant, there’s no need to be alarmist. And some simple things to keep yourself healthy, whether it’s from the flu or COVID-19, simple hand-washing, good personal hygiene, personal distancing. I think you all wrote people a note that if they’re sick they should stay home,” Murphy summed up.

“And that good sources of information, as this continues to be evolved, should be the reputable sources like the [U.S. Centers for Disease Control and Prevention] and the WHO. And in the event that there is a local incident you can always go to your local emergency management sites and get information specific to our region,” she added.

Among concerns the panel raised Monday:

— The symptoms are similar to the flu, which has stricken 15 million people and killed 72,000 this year, said Dr. Edwin DeJesus, medical director at the Orlando Immunology Center. Since there is a major flu outbreak in the United States right now, looking for coronavirus cases in America may be like “finding a white bunny in a snow storm,” said Dr. Ken Alexander, division chief for infectious diseases at Nemours Children’s Hospital and a virus researcher.

“Get your flu shot,” Alexander advised.

— There is no certainty on how many people may be infected because the symptoms are similar to flu.

– Chinese health authorities have not been trustworthy about sharing information. So as soon as there is a clear outbreak in another country, the U.S. should send teams of health officials to investigate.

— From airports to local hospitals, and including local EMS systems, plans are in place to respond if someone is identified as having the virus. Yet there do not appear to be any specific federal or state programs to fund local communities to prepare for and carry out those contingencies. Murphy said that, too, is worthy discussing.