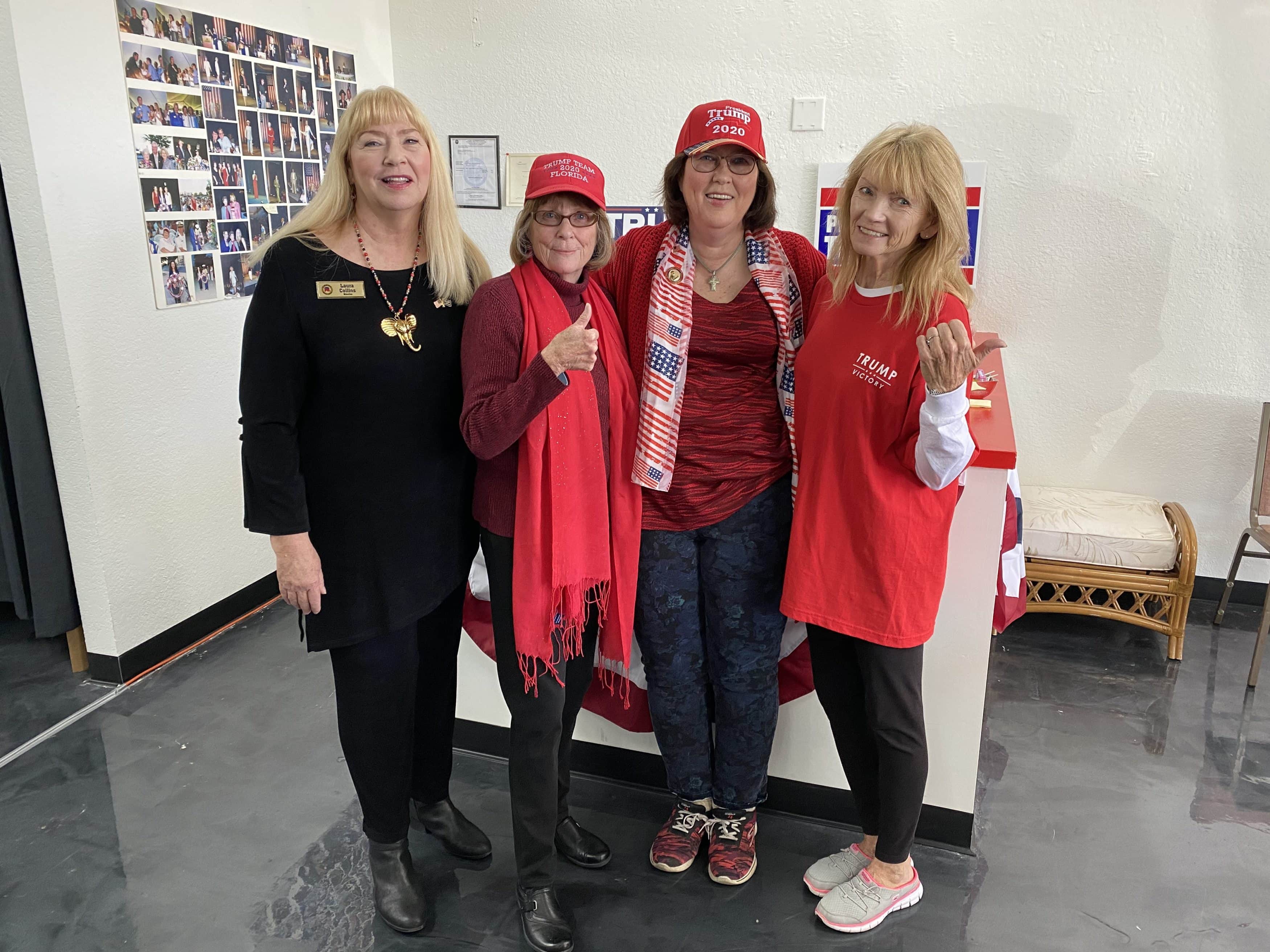 None of us expected something so violent could take place.

On Saturday, Feb. 8, I attended the volunteer orientation for President Donald Trump’s reelection. I was very excited to be a part of this.

After the orientation, I was working with a group of volunteers when a van approached our location. From his vehicle, he began to wave to me to get my attention. I approached his van when he began to accelerate toward me … his intent was to hit me … I was barely able to step back before he plowed through our voter registration tent.

It was terrifying. None of us expected something so violent could take place. I was in complete disbelief and very scared.

After the incident, I was overcome with emotion and called my family to tell them that I was badly shaken, but safe.

Six inches. That’s how much he missed us by.

It has since been confirmed that we were attacked because we were registering voters as supporters of President Trump. It’s unthinkable and deeply upsetting that someone would turn to violence to silence my political views.

It’s also disappointing to see the way the media has covered the attack against other volunteers and me.

If we had been Democrats, would it have been written about differently? Would the attack have been on front pages everywhere? Would journalists have asked me how I felt after such a terrifying moment?

Would I have mattered more?

Unfortunately, my questions are rhetorical. The media has shown us exactly how they intend to spin and suppress this story. When POLITICO wrote about the incident with a headline depicting us not as victims but as aggressors “[vowing] revenge,” I hoped it was a one-off.

But then, Thursday, I saw an article that seemed directly intended to help the attacker’s image, quoting him as saying that he’s thankful no one was injured. It also described him as “friendly and pleasant” as he talked to reporters from jail, and that he thinks it’s “amazing how much this story has changed.”

I agree — the media is trying to change the roles of those involved in this story, making the perpetrator into the victim and us Republicans into the bad guys.

Why does the man who tried to run over me and my fellow volunteers get an opportunity to cynically spin his despicable actions?

He is a criminal — not a victim — who used violence to try and silence opposing views, and yet reporters are eager to enable his attempts at rehabilitating his image. This is media bias against Trump supporters, plain and simple.

Also this week, a man in New Hampshire was arrested for assaulting three Trump supporters, including slapping a 15-year-old child in the face.

What’s happening is clear. There is a pattern of violence against Trump supporters, and no one — from children in New Hampshire to senior citizens in Florida—is safe from the radical left’s hatred-fueled violence.

Republican or Democrat, we all deserve to share our opinions and to engage in the political process without fear of being attacked.

Our First Amendment rights cannot be selectively applied based on our political beliefs. And our media should not pick and choose which acts of political violence are worthy of coverage. It’s divisive and reveals the intensity of their anti-Trump bias.

I am a proud supporter of President Trump. The attack left me shaken up, but it has made me more invested in working for his reelection.

I will not be silenced by cowardly attacks or bad-faith media coverage. I ask that the millions of President Trump supporters across the country stand with me.

Nina Williams is a Trump Victory volunteer in Jacksonville.

previousUF/IFAS highlights precision agriculture during Gator Day at the Capitol

nextHouse to vote on ratcheting up ballot initiative requirements