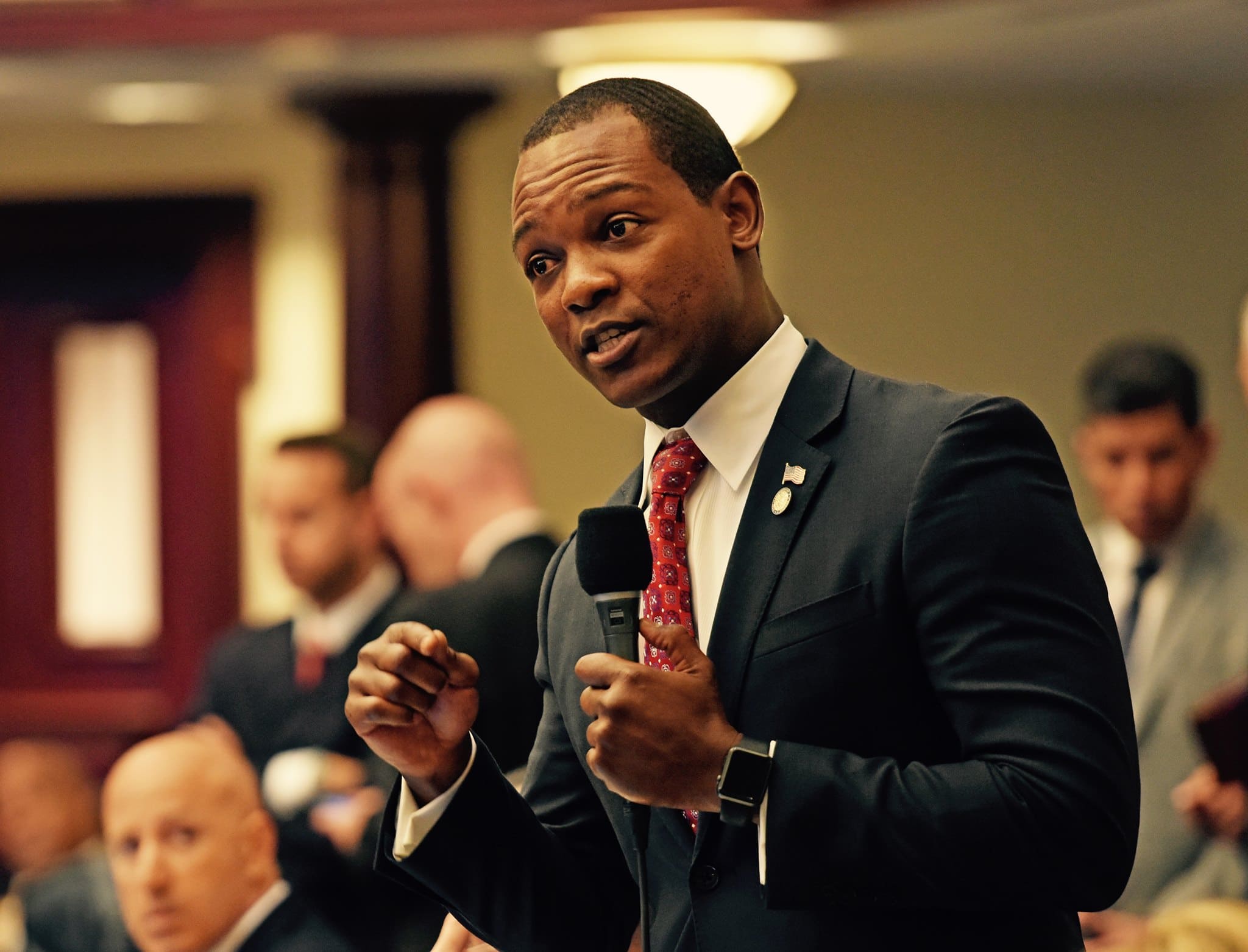 Rep. Joe Geller will take over the role.

Rep. Al Jacquet is stepping down as ranking member of the Rules Committee after Florida Politics uncovered Jacquet using an anti-gay slur directed at one of his 2020 primary opponents.

“At House Dem caucus meeting, Rep. Al Jacquet steps down as ranking member of Rules Committee after using anti-gay slur against his opponent on the radio,” Gross tweeted Wednesday.

In a conversation with Florida Politics, Geller confirmed he would be taking over that position on the Rules Committee.

“[Jacquet] did announce that he was stepping down as ranking member on the Rules Committee. And the Democratic Leader, Kionne McGhee, told me that there was a vacancy in the position and asked me if I would be willing to serve in that capacity since I sit on Rules Committee. And I told him that I was happy to do so to help him and the caucus.

As Florida Politics first detailed Tuesday, Jacquet can be heard using the term “batty boy” in a Facebook video posted to his personal page Friday. That video has still not been taken down.

In the Friday video, he labeled Lake Worth Beach Commissioner Omari Hardy as a “batty boy.” Hardy is one of three Democrats competing against Jacquet in the Democratic primary for House District 88.

In the video, Jacquet was responding in part to a Palm Beach Post report that Jacquet is currently lacking a district office and is unreachable at his permanent home address.

The Post’s story leads with the question, “Where is state Rep. Al Jacquet?”

Jacquet answered in the Friday posting. “Where I’m at? I’m running in 2020, baby. Reelection, 100%. Where you at? I hear they got ‘Sleepy Hardy.’ That’s all good,” he said, referring to his opponent.

Hardy called on Jacquet to apologize for the slur.

“While I am not gay, I was raised in a same-sex household by my two mothers, and I am offended for them and for the broader LGBTQ community here in Palm Beach County, where I serve,” Hardy said.

He was joined in that call by several of Jacquet’s colleagues, including Rep. Shevrin Jones and Carlos Guillermo Smith — both of whom are openly gay. A pair of pro-LGBTQ groups — the Florida LGBTQ+ Democratic Caucus and the Palm Beach County Human Rights Council — also demanded Jacquet apologize.

Jacquet did release a statement Tuesday afternoon. “In the heat of the moment, I said something I should not have said,” Jacquet said. “I apologize for my words that have offended some of my colleagues.”

Those remarks weren’t good enough for Hardy, who told the Palm Beach Post he rejected the apology.

“This was an attempt to, in my opinion, to cover up the ugliness in himself that he revealed on Friday,” Hardy said.

Wednesday, Gross reported that Jacquet had expanded on his Tuesday statement.