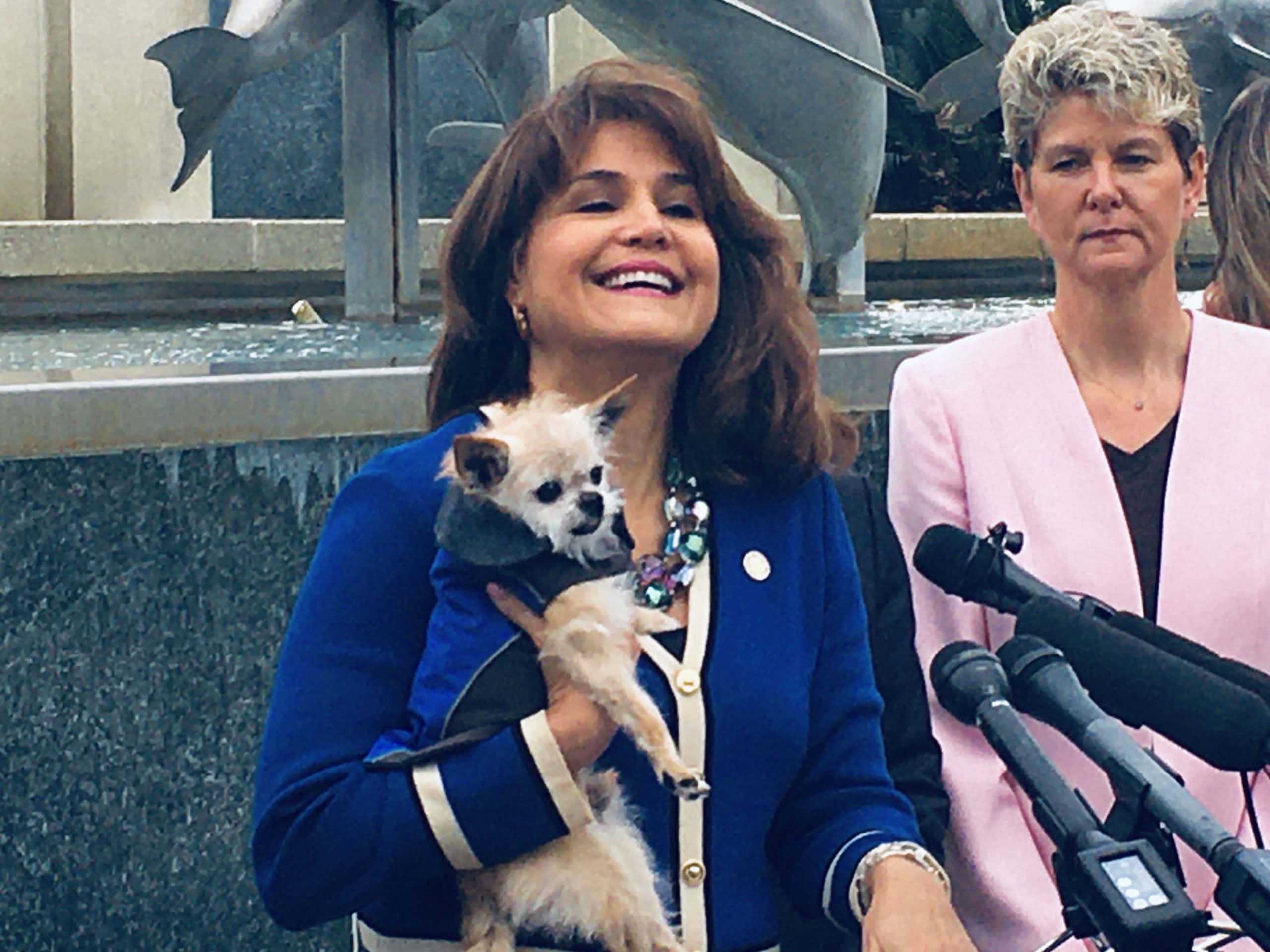 Annette Taddeo's push against dog-leasing won't be done this Session.

“This should be a no-brainer,” she said.

Still, the Miami Democrat asked to pull her bill (SB 186) from the Senate Banking and Insurance Committee agenda.

Committee Chair Doug Broxson said he felt especially sad to see the item yanked. The Pensacola Republican said he was looking forward to hearing the bill, which had already cleared the Judiciary Committee with unanimous support.

But Taddeo said the House version hasn’t seen any movement, dooming the legislation in 2020.

In the lower chamber, Rep. Sam Killebrew, a Winter Haven Republican, was able to get the bill on the agenda for the House Business & Professions Subcommittee. However, after seeing it temporarily postponed on Feb. 4, the legislation never got scheduled for another hearing.

With subcommittee work done for the Session, that leaves no path forward for the legislation in the House.

Taddeo said she felt especially disappointed to pull the bill now, as she has her own dog (one not for lease) visiting the Capitol this week.

Ahead of Session, Taddeo identified pet rentals as a growing issue in parts of the state. While some vendors have said monthly payments of animal companions allow access to pets some could not otherwise afford, other Taddeo constituents have discussed feeling ripped off as bills grow beyond the cost of simply buying a dog.

The Federal Trade Commission has also issued consumer warnings after reports some individuals didn’t even realize they were only ever paying to rent an animal they would never own. That can lead to emotional repossessions as stores take back creatures based on overdue payments.

“People brought it to my attention specifically in Miami-Dade,” Taddeo previously told Florida Politics. “I was flabbergasted. You’re just like, ‘What? How can you do this?’ ”