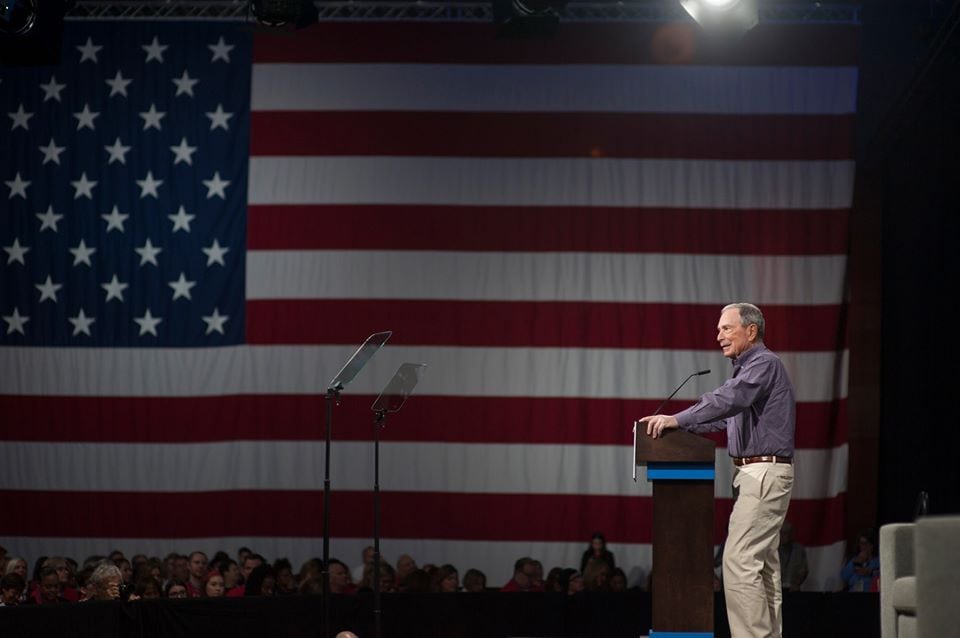 And 19% of primary voters have already mailed their ballots in.

Bloomberg’s 5% lead over Biden now falls outside the poll’s 2% margin of error. His expanding lead follows a trend in results from the Florida-based outfit, which was the first to report Bloomberg surging into second place in January and then just edging Biden in a poll released last week.

Notably, Biden still significantly outperforms Bloomberg among black voters, where the former Barack Obama running mate wins 39% of the vote to Bloomberg’s 29%. But Bloomberg, who made valuing the contributions of immigrants a theme of TV ads blasting Florida airwaves, wins Hispanic voters with 37% of the vote to Biden’s 21%.

Curiously, Biden performs better among the youngest voters, those ages 18-29, winning 35% support compared to Bloomberg’s 24%. But Bloomberg leads in every other age demographic, and wins almost 41% of the vote in the 70 and older set to which he and Biden both belong.

Those two Democratic candidates remain the top contenders in Florida, which holds its Presidential Preference Primary on March 17.

Massachusetts Sen. Elizabeth Warren is the choice of under 5% of likely voters and California billionaire Tom Steyer claims less than 2% support.

The poll was conducted between Tuesday and Wednesday, with all results coming in before a Wednesday night debate, Bloomberg’s first of the 2020 primary season.

But it also was the first poll of Florida Democrats since voters started returning vote-by-mail ballots. And among those who already voted, Bloomberg and Biden showed even more dominance over the field.

Close to 19% of likely Democratic primary voters already locked in their vote by putting their ballots in the mail .

Among those who already voted, nearly 37% of respondents picked Bloomberg and more than 29% bubbled for Biden.

Every other candidate’s share of those who already voted is the same or lower than their overall support. Sanders got 11%, Buttigieg 7%, Klobuchar or Warren 4%, and Steyer 1%.

While about 7% of those who already voted would not say who they voted for, more than 10% of those who still plan to vote remain undecided or won’t talk.

The poll includes results from 2,412 voters registered as Democrats in Florida and who plan to vote in the Presidential Preference Primary.