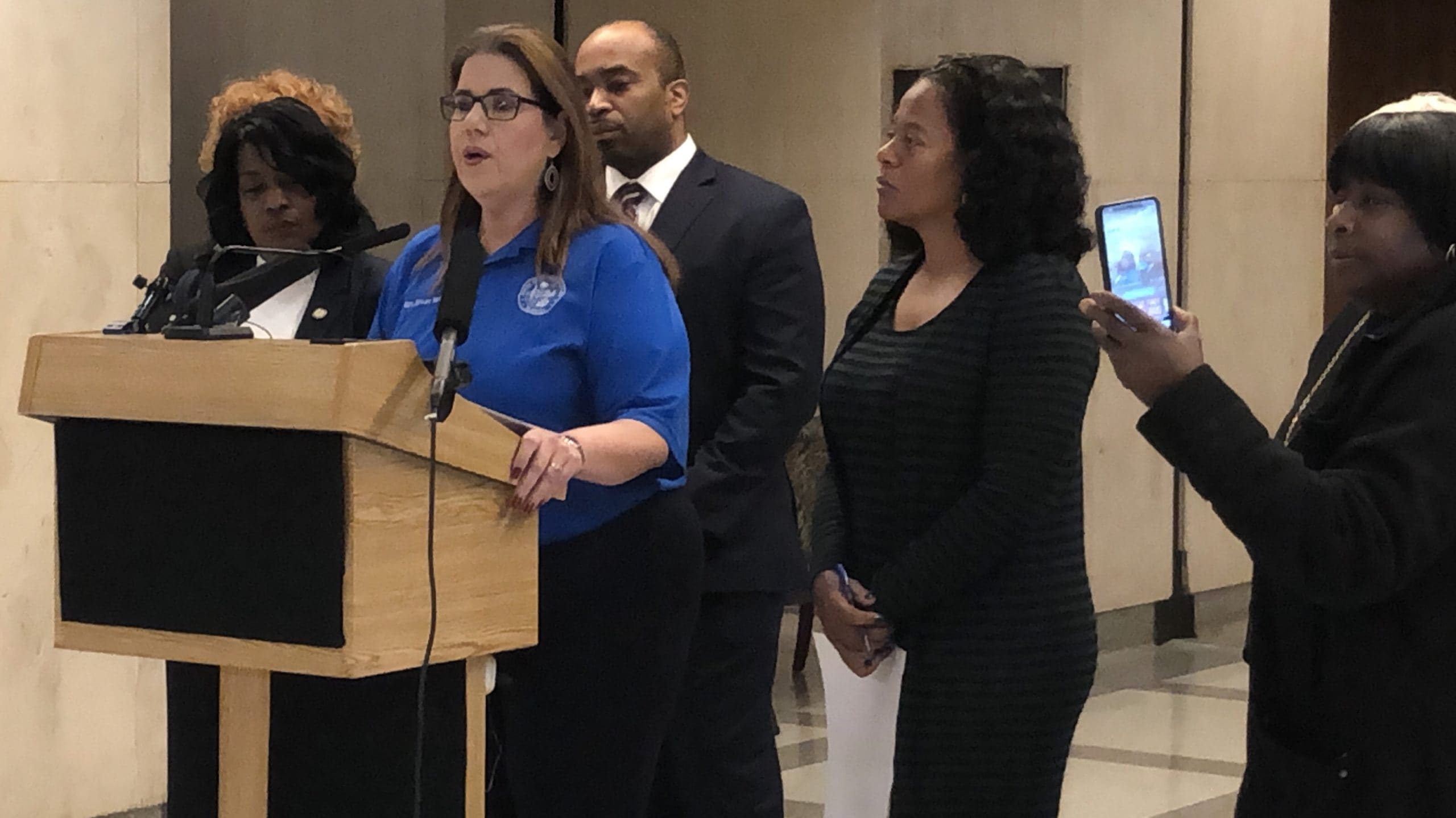 Only three weeks remain for the House to take action on gain-time.

Rep. Dianne Hart and lawmakers backing gain-time reform continued their plea Friday for the House to consider their legislation.

The push comes at the culmination of a week that saw crime survivors for and sheriffs against gain-time reform take to the floor outside both chambers to make their cases. But with three weeks remaining in the 60-day Session, the window for legislative action is closing as House leadership gives the issue no airtime.

“I say to my sheriff’s around the state of Florida, if you really want to be a part of the solution, then why don’t you participate?” said Hart, a Tampa Democrat.

Her legislation (HB 189) would reduce the minimum amount nonviolent offenders must serve to 65% of their sentences, down from the current minimum of 85%. That change could reduce the inmate population by 10% and save the state $880 million over the next five years, money which Rep. Susan Valdés, a bill co-sponsor, says could be reinvested into the criminal justice system.

In her eyes, exceptional staff turnover, a rise in violence and inmate mortality has is creating a recipe for systemic failure that is dangerous for both inmates and correctional officers.

“The corruption that we have seen has run deeper than being simply a product of low pay and underfunding, and even then, that can never be a justification for abusive acts or corruption,” said Valdés, a Tampa Democrat.

And Hart thanked Sens. Randolph Bracy and Jeff Brandes for sponsoring companions to her bill. Brandes, a St. Petersburg Republican who has leading roles on the Senate Criminal Justice and justice appropriations committees, added language to his bill (SB 572) to keep the gain-time effort alive in the upper house.

Rep. Kim Daniels, a Jacksonville Democrat and self-described advocate for the incarcerated, shared her background of criminal acts that were never caught. Florida Sheriffs Association past president Michael Adkinson noted Tuesday that many imprisoned for drug trafficking violations are repeat offenders, but if Daniels can change, she believes others can too.

“I believe, the way the system has been working, it’s causing more recidivism because when people feel like they have no hope and when they can’t come out and reenter and come into a society where they feel welcomed, then it makes crime worse,” she said.

“I want our legislators, our sheriffs, our prison, all of them to understand that there is a righteous difference between justice and vengeance, and a lot of the sentencing is vengeance,” she said.

previousWhy can't Farm Share, one of the genuine good guys, get a win in the budget?

nextHealth care is a bargaining chip — but for what?