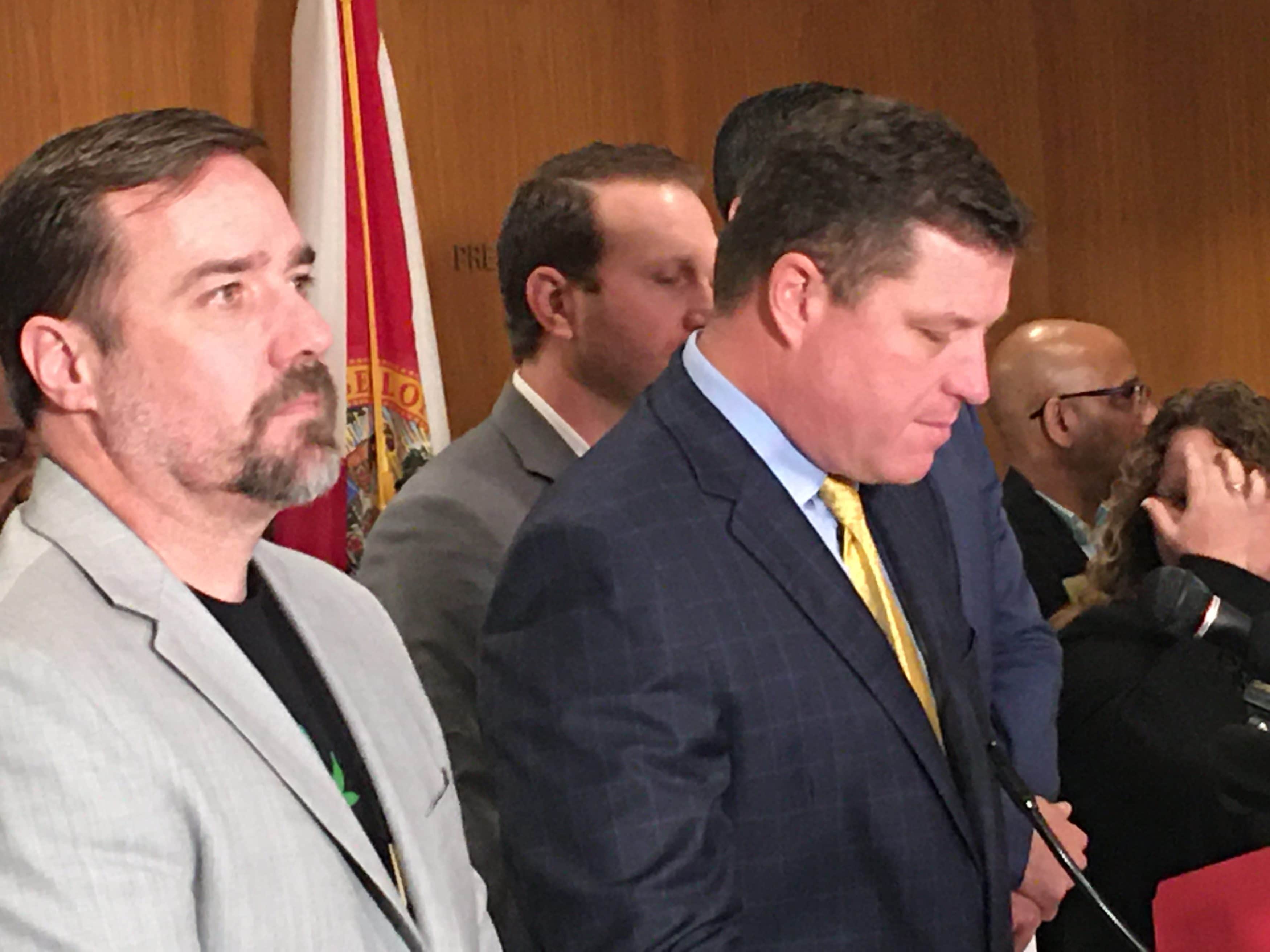 Florida’s leading Republican advocate for legal cannabis is teaming up with military veterans to denounce a proposed 10% THC cap.

The flame was snuffed out for much of the Legislative Session, but was sparked anew when House Speaker Jose Oliva suggested a cap for flower and derivatives was a “priority.”

On Tuesday, Sen. Jeff Brandes and representatives of a pro-cannabis veterans’ group came together to counter that position, with Brandes saying the Senate must “hold the line” against the cap.

“Florida has turned the corner on medical cannabis,” Brandes said, noting that in the Senate, there is “broad support against the cap.”

Nonetheless, Brandes said to “keep an eye” on “Vaping 21” legislation, where a THC cap could easily be floated as an amendment as the Legislative Session barrels toward close.

Brandes, who has pushed unsuccessfully for adult-use cannabis regardless of medical necessity, was joined by members of the Veterans Cannabis Project.

Brandes has previously pushed back against proposed caps, arguing imposing them would only encourage people to use more of the product to get the same effect.

Doug Distaso, executive director of the Veterans Cannabis Project, was injured when he was a Lt. Colonel.

“A lot of pills, a lot of therapy, and a lot of things that don’t work very well,” Distaso said, explaining that he discovered cannabis as a palliative “on the streets of D.C.”

“THC caps are not the answer,” Distaso said.

Dr. Kirk O’Donnell, senior medical advisor for Veterans Cannabis Project in Florida, noted that in his practice, “patients have had amazing results” with cannabis.

This holds true with THC levels above 10%, he added. A cap is an “illogical policy,” he said.

Regarding alleged links between THC and psychosis, O’Donnell discounted the narrative as a “chicken and an egg problem.”

Cap supporters point to a Lancet Psychiatry study outlining how regular cannabis users or those who use high-potency strains are at higher risk of psychotic disorders.

O’Donnell dismissed that study as a “meta-analysis … a limited literature review … subject to bias on the author’s part.”

Tye Reedy, national advisor for Veterans Cannabis Project, described how his job with cannabis giant Acreage Holdings led to penalties, including a nasty letter from a former commanding officer and denial of a VA loan.

Cannabis saved him from the “opioid cocktails” the VA recommends, he noted.

Air Force veteran Henry Cobbs, Florida force commander for Veterans Cannabis Project, survived cancer but lost his job as Dean of the Air Force Special Ops school over the use of non-psychoactive CBD.

He was overheard and “turned in for using illegal drugs.”

Despite the Drug Free Workplace Act allowing prescribed use of Schedule 1 drugs, he was on the fast track to being fired, but retired just hours before termination.

But for canna-skeptics, the issue remains a political football, putting the care of Florida’s 300,000+ medical patients at risk.