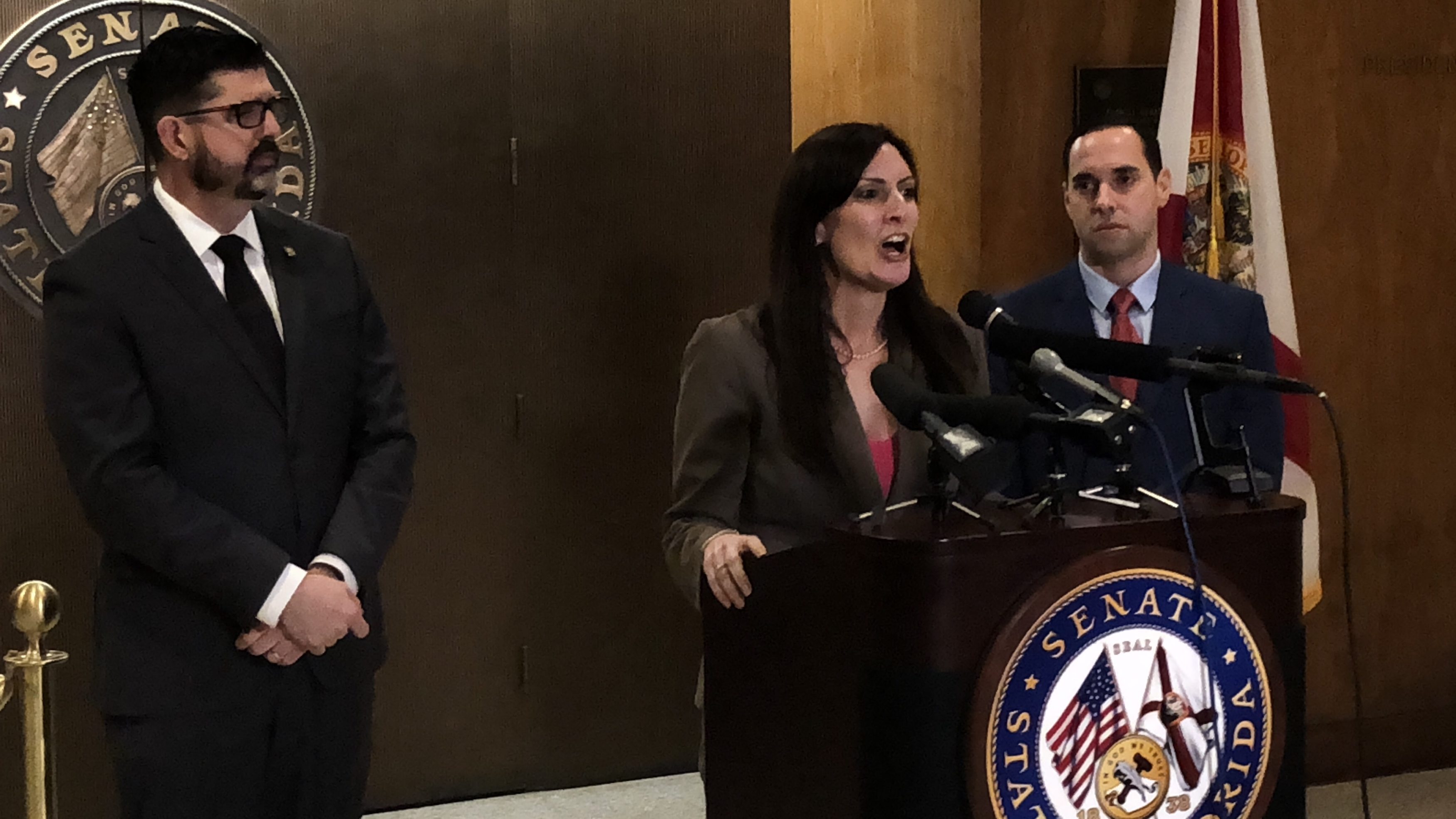 Lt. Gov. Jeanette Núñez lauded Miami-Dade lawmakers and the Florida Department of Transportation (FDOT) on Tuesday for efforts to relieve congestion on the Palmetto Expressway.

On Monday, the department released its plans to reduce tolled express lanes, add standard lanes to the Miami-area highway and create an additional access point for local traffic. Local officials lobbied Sen. Manny Diaz and Rep. Bryan Avila to bring action from the top down after an FDOT initiative implemented last year drove up travel times.

“They have committed from day one to address these issues and really understand the importance of being a voice for their constituents but also being mindful of the impact this has on our community and really the overall economic development of Florida, because traffic … is something that we’re very focused on in this administration,” Núñez said during a press conference.

But a pair of bills by Diaz and Avila, Miami-Dade County Republicans, would prohibit tolls and express lanes on State Road 826. Diaz’s measure (SB 1090) awaits a hearing in its final committee before going to a Senate vote while Avila’s (HB 829) similar bill has yet been scheduled for a committee hearing.

“It’s an extraordinary circumstance because these projects are usually handled through the process of the Department of Transportation, and that’s how it was, but we felt such an urgent need that we needed to address this situation that that’s why we filed the legislation,” Diaz said.

Congestion on the expressway costs the county $4 billion in economic activity each year, Avila said.

“We’ve seen more congestion throughout the entire week, and congestion on the Palmetto Expressway has always been there, but not to this degree.”

The lawmakers worked with House Speaker José Oliva, also a Miami-Dade Republican, to file their legislation before getting Senate President Bill Galvano‘s support. After FDOT released its plan, the House Speaker thanked the Department, Gov. Ron DeSantis, Núñez and the two lawmakers for enacting the response.

“Congestion is one of the top quality of life issues in Miami. The area in and around the Expressway are particularly congested – and chronically so,” Oliva said in a statement. “We must be more proactive in anticipating traffic needs and planning for growth and today’s announcement is a giant step in the right direction.”