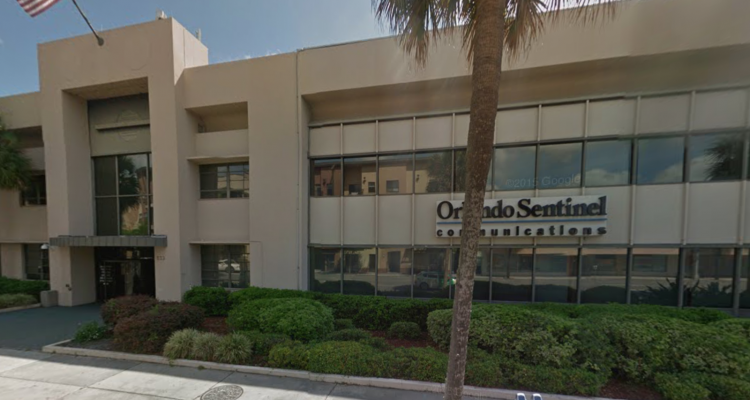 Journalists at the Orlando Sentinel, the Palm Beach Post, the Naples Daily News and several other Florida newspapers are seeking to unionize their newsrooms.

Reporters and other journalists at those papers along with at The Palm Beach Daily News, The News-Press of Fort Myers, The Banner in Naples and the Marco Eagle all have asked management to voluntarily recognize newly-formed units of The NewsGuild-CWA, an organization within the Communication Workers of America. The staff of the Miami Times also is seeking to form a newsroom union.

Last year NewsGuild units have been recognized at the Miami Herald and el Nuevo Herald,  and at the Jacksonville’s Florida Times-Union.

In Orlando, journalists announced Tuesday that they are seeking to organize a union chapter, The Sentinel Guild, for the Orlando Sentinel, El Sentinel, GrowthSpotter and Pro Soccer USA. They filed notice with the paper Tuesday.

Those Orlando properties all are owned by Chicago-based Tribune Publishing.

If the company declines to recognize The Sentinel Guild, employees intend to pursue a vote on forming a union in an election supervised by the National Labor Relations Board, the Sentinel Guild representatives said in a news release Tuesday. In Orlando, 78% of eligible staffers already have signed cards signaling their desire to be represented by the Sentinel Guild.

They need 75 percent to qualify for an election supervised by the NLRB.

The Orlando effort does not involve the Sentinel’s sister newspaper in Fort Lauderdale, the South Florida SunSentinel.

All of the papers in Palm Beach County and Southwest Florida where journalists are organizing are owned by Gannett. Journalists organizing there also have sought voluntary recognition of union representation. According to the NewsGuild, journalists at the Palm Beach County newspapers and at Southwest Florida newspapers  also have exceeded the 75 percent union card threshold to trigger an election, should they not get voluntary recognition.

Officials at the Orlando Sentinel declined comment and at the Palm Beach Post did not respond to inquiries from Florida Politics. Officials at Tribune Publishing and Gannett also had not responded by early afternoon Tuesday.

The union organizing comes at a time when all of those papers, indeed, almost all newspapers everywhere, are struggling financially and laying off or buying out journalists on a large scale.

The journalists in Orlando, Palm Beach County, and Southwest Florida contend, in social media comments and in news releases that  they are just as concerned about protecting journalism in their communities from the potential decline as newsroom staffs are reduced.

In Orlando, union organizers also cited growing concern within the newsroom as the hedge fund Alden Global Capital, known for forcing deep cuts in other newspapers it controls, has been buying up Tribune Publishing stock with an interest in taking control of the newspaper chain by July 1.

Staff cutbacks in Orlando over the past decade or so have reduced the newsroom staff from more than 300 to fewer than 100 reporters, editors, photographers, artists and other journalists.

Jason Garcia, a 14-year veteran reporter at the Sentinel, wrote in the news release, “We challenge powerful people and institutions and give voice to those who otherwise have none. And we have continued to do so even as our corporate management in Chicago has laid off so many of our colleagues and friends, cut our newsgathering resources and careened from one poor strategic decision to another. This cannot continue. All of us here are committed to preserving our community’s access to quality local journalism. Our union will help us do that.”

Gabrielle Russon, who has been a Sentinel reporter since November 2014, wrote in the news release, “Journalism is my passion. It’s the only thing I’ve ever wanted to do. It’s also a career where every single day, I worry about losing my job. Our newsroom has been demoralized by layoffs and buyouts and reapplying for our positions. The newsroom is a sea of empty desks. As the newspaper industry continues to struggle, I’m fearful of what happens next if Alden gains control of the company. I support a union because we want a voice at the table to demand our owners invest in us and support local journalism.”