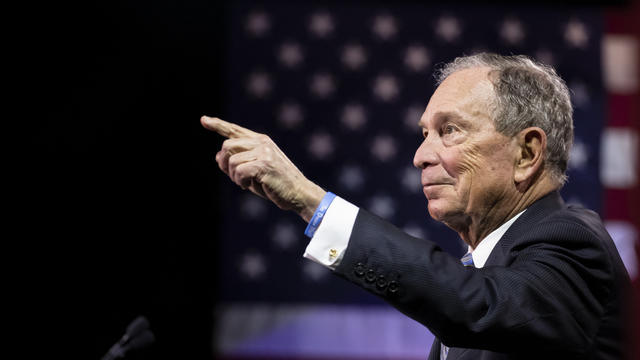 Former New York City Mayor Mike Bloomberg will have a chance Tuesday night to redeem himself for what was universally declared a losing performance last week when he took the debate stage for the first time this presidential election.

It’s the candidates’ final opportunity to share a national platform together ahead of Super Tuesday March 3.

While Bloomberg may avoid some of the ire he commanded last week in Las Vegas in favor of candidates turning their attention to Sanders’ contentious comments defending former Cuban dictator Fidel Castro, he’s still going to need to make up for his previous performance, which most viewed as disastrous for the billionaire candidate.

“Clearly he was rusty the first time. He had a ten year layoff from the last time he was in a debate,” said former Tampa Mayor and Florida Bloomberg campaign co-chair Bob Buckhorn. “He was going against folks who had been going at this for a year and they were well-prepared and he was the biggest target for all of them.”

“I think a lot of us were disappointed, but we anticipate as he goes on and knocks the rust off, he will get better and better.”

Bloomberg suffered two major attacks. Warren pressed Bloomberg over whether he would release women who worked for his company from nondisclosure agreements they signed over alleged sexual harassment and gender discrimination claims. Bloomberg stumbled when pressed, arguing the NDAs were mutually beneficial, a claim Biden quickly countered by pointing out such agreements typically benefit one side at the expense of silencing the other.

But Bloomberg has already run damage control on that, announcing Friday he would release women who wanted to talk from their agreements.

“If any of them want to be released from their NDA so that they can talk about those allegations, they should contact the company and they’ll be given a release,” Bloomberg wrote in a statement. “I’ve done a lot of reflecting on this issue over the past few days and I’ve decided that for as long as I’m running the company, we won’t offer confidentiality agreements to resolve claims of sexual harassment or misconduct going forward.”

And on the other line of attack — Bloomberg’s controversial stop-and-frisk program in New York City — Buckhorn said the former Mayor’s apology should be accepted.

“It became something that he was not proud of at the end. It had gotten out of hand and he acknowledged that,” Buckhorn said. “I think apologies are an indication of someone who has learned from their mistakes unlike Donald Trump.”

But the spotlight on Bloomberg, who won’t appear on the South Carolina ballot, could shift Tuesday night back to now front-runner Sanders who enjoyed a commanding victory in last week’s Nevada caucuses.

Sanders took to 60 Minutes Sunday night in an interview with Anderson Cooper and defended past comments he’s made defending certain parts of Castro’s dictatorial reign in Cuba.

He said Castro’s leadership was not all bad and pointed to the nation’s literacy program.

But his comments, and then doubling down on them again Monday, drew swift rebuke from more moderate Democrats.

The comments are sure to draw criticism from candidates at the Tuesday debate as they seek to draw support away from the Vermont Senator.

Bloomberg and Buttigieg have both already weighed in publicly condemning Sanders’ remarks.

Still, Bloomberg’s unique political strategy to skip the first four states in the nominating process — Iowa, New Hampshire, Nevada and South Carolina — means Super Tuesday is a crucial moment in his candidacy. He’ll have to perform well on a day when nearly a third of all delegates are awarded.

“It’s certainly unprecedented,” Buckhorn said of Bloomberg’s unique campaign strategy. “But if you look at how it has turned out with no clear front-runner emerging — there will be four maybe five candidates still in this race — you go where the delegates are.”

The debate will air on CBS stations across the nation as well as stream on CBSN on Roku, Apple TV and Amazon Fire TV devices. The debate begins at 8 p.m. Tuesday night.

nextPSA: Frank Artiles is not a Florida Senator