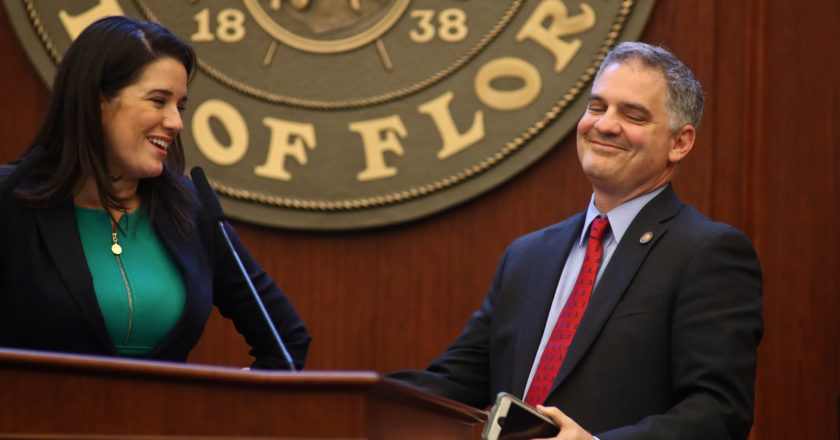 Those lawmakers had previously faced an open path to reelection.

New candidates are continuing to join the 2020 election cycle, as a trio of incumbent lawmakers has courted new challengers.

Sen. Kevin Rader and Reps. Juan Alfonso Fernandez-Barquin and Matt Willhite are now facing opponents as they defend their respective seats. The lawmakers had previously faced an open path to reelection.

That has changed for Rader in Senate District 29. The incumbent Democrat now faces a challenge from first-time Republican candidate Brian Andrew Norton.

Norton says he worked in the IT field in Philadelphia before moving to Florida in 2010. After originally landing in Wellington, Norton relocated to the Boca Raton area in 2013.

He then started a landscaping company, which he sold in 2017. Norton now does consulting work in sales and IT.

Norton says he was motivated to run after repeatedly seeing contests where incumbents were going unchallenged. He says he wants Republicans to have a candidate to vote for in November.

“It’s really about giving people the option, at the end of the day,” Norton said.

“My hope here is that I can be somebody that can bridge the gap. I’m a pretty moderate guy. I’m pretty reasonable. And at the end of the day, I’m hoping we can find more consensus. I’m married to a Democrat and I know we find consensus on just about everything. There’s just a small number of things that we don’t, and that’s okay.”

Norton listed the education and the environment as top priorities should he manage to upset Rader. The district favors Democrats, however. Rader ran unopposed in 2016 after defeating Mindy Koch in the Democratic primary.

Kufkadis Rivera is a lawyer at the Law Offices of Gene S. Devore, an immigration law firm. She earned her law degree from the Nova Southeastern University Shepard Broad College of Law.

Like Norton, she’ll face an uphill climb against Willhite. In 2018, Willhite easily won reelection with nearly 60% of the vote.

And in House District 119, Democratic candidate Olivia Cantu has filed to run against Republican Rep. Fernandez-Barquin.

Cantu will be looking to fare better than 2018 Democratic candidate Heath Rassner, who pulled in less than 43% of the vote against Fernandez-Barquin, who earned 53% to take the seat. Fernandez-Barquin has also added nearly $125,000 in defense of the HD 119 seat, with more than $110,000 still on hand.