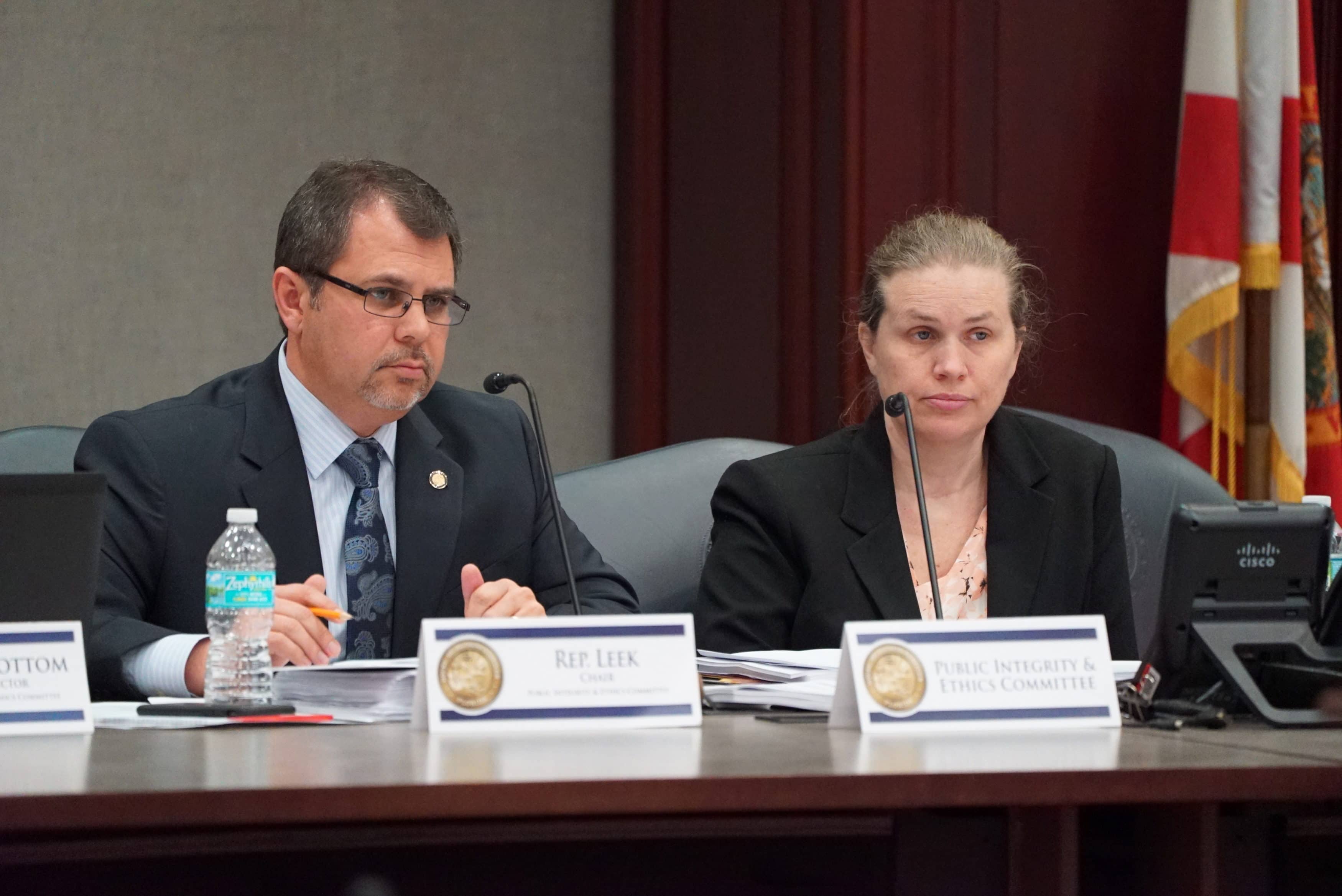 The Florida Coalition Against Domestic Violence’s (FCADV) Chief Financial Officer Patricia Duarte and Chief Operating Officer Sandra Barnett both admitted the more than $7 million in compensation former CEO Tiffany Carr received over three years was excessive. In addition to hundreds of days of paid time off, which the coalition treated akin to bonuses, Carr was paid $761,000 annually.

Duarte, Barnett and others also received raises and paid time off, but the two claimed they pushed back against those contractual offerings before Carr unilaterally delivered them. House Public Integrity and Ethics Committee Chair Tom Leek pointed out that management’s raises and bonuses coincided with Carr’s bloated earnings.

As for whether the committee had uncovered criminal activity, he pointed to the disparity between Monday’s testimony from board chairs and Thursday’s from executive employees.

While the committee heard testimony Thursday, Gov. Ron DeSantis signed a bill (HB 1087) stripping the coalition as the Department of Children and Families‘ (DCF) sole-source entity for domestic violence services. With his signature, that bill immediately became law.

As CEO, Carr would appoint FCADV’s board members from the state’s 42 local domestic violence shelters’ executives and determine their salaries. In turn, the coalition’s board was responsible for approving her contract.

Duarte’s testimony refuted claims by the three chairwomen that Carr’s paid time off was inadvertently changed from hours to days of paid time off and claims the board was unaware. Instead, she testified about an emailed response confirming that it was the board’s intent to give Carr days of time off.

Carr stepped down as CEO in November, citing a quiet health battle, but she stayed on as an independent contractor until the end of January. At the end of her tenure her main focus was on the lawsuit and deposition.

According to recent chairwomen Melody Keeth, Laurel Lynch and Angela Diaz-Vidaillet, the executive board gave Carr hundreds of days of paid time off – in one year, 465 days – for flexibility as she sought treatment for a brain tumor. However, the lack of human resources documentation and eyewitness accounts to Carr’s illness didn’t match their claims, Leek said.

Despite those repeated hundreds of days of paid time off, she never took more than a month off, Barnett recalled. Instead, she liquidated that compensation millions at a time.

Carr approved her own payroll checks and signed some of her own compensation checks.

Duarte admitted the millions of dollars given to Carr was excessive and could have instead paid for additional services.

Barnett couldn’t quantify how many employees local shelters could have hired and called the excessive time off allocations “not okay.”

Leek said testimony made it clear that Carr would see how much money was left in the coalition’s budget at the year’s end and apply bonuses to herself and executive leadership. Duarte said she warned her that distributing dollars to leadership instead of returning it to DCF would reflect poorly on the coalition.

“I don’t think it’s uncommon necessarily for agencies to want to spend every last dime that they have so they can come back to the Legislature and ask for more money or avoid returning money to the state,” Leek said. “Obviously, that’s not how that’s designed to work.”

And he said it was clear Carr was directing the coalition’s cooperation with the committee.

Based on a list of the committee’s requests, she would determine which documents were DCF-related and Barnett would gather them, Duarte said. Additionally, she assumed attorneys reviewed or worked in cooperation with Carr for those decisions.

But the committee doesn’t have any minutes from executive board meetings. Duarte believed the coalition had handed those over.

Additionally, Keeth would determine what documents could be made available to the press in recent weeks, Duarte said.

Carr personally kept management’s personnel files, including Duarte’s and Barnett’s, and an unofficial copy of her own. After stepping down as the coalitions employee, but while still a contractor, Duarte helped Carr pack files and possessions in her office to move to her North Carolina home.

At the end of the hearing, Leek was left wondering how Carr consolidated that much power and cash without a whistleblower coming forward.

“Why does it take this to get that information out? Why didn’t somebody stop along the way and say, why are we doing this,” Leek asked.