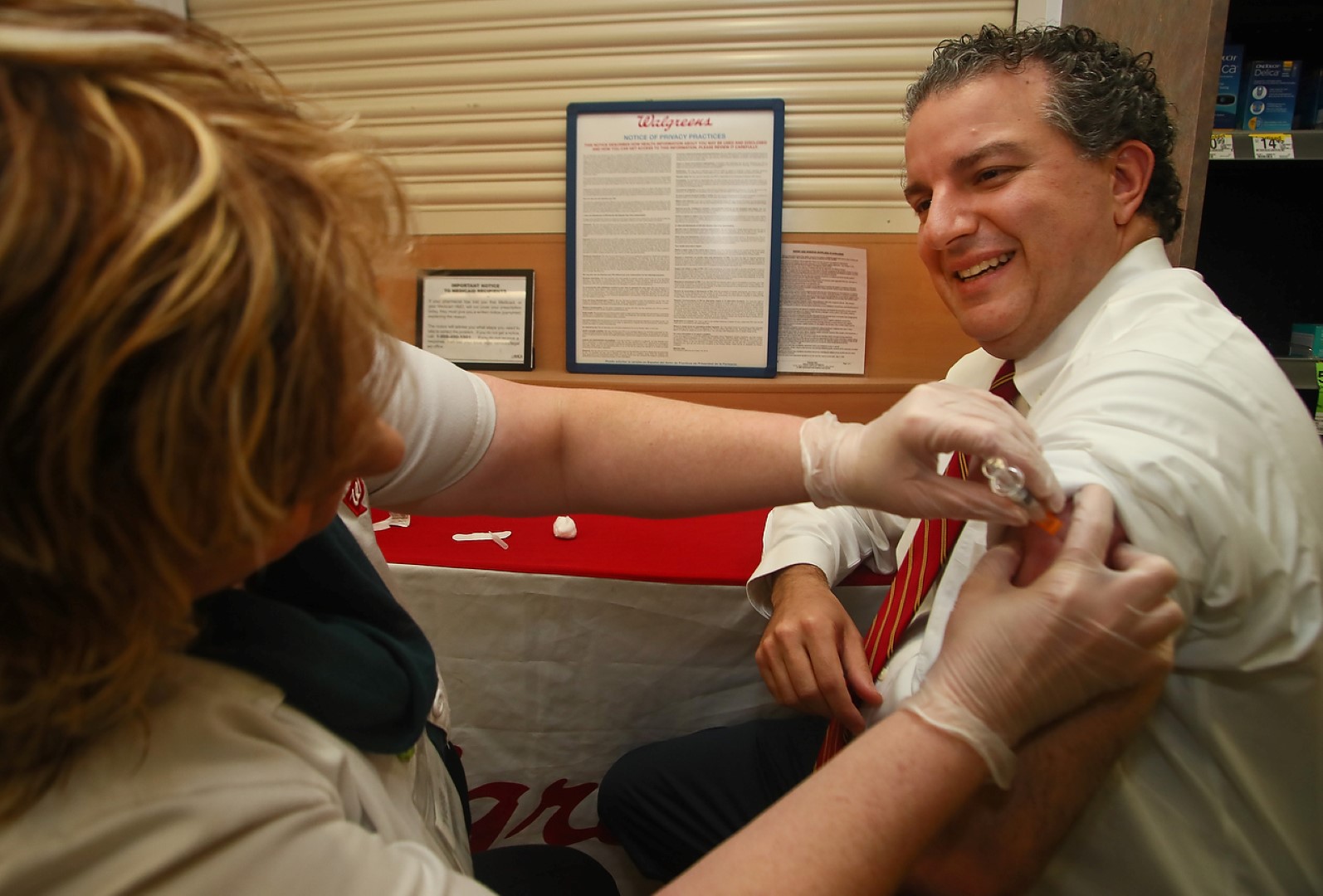 The house wants broad authority while the Senate is proposing more restrictive language.

A bill to let pharmacists administer flu tests is cleared for the Senate floor after the Appropriations Committee approved it Thursday.

However, even as the House is prepared to vote on its own version, significant daylight exists between a more restrained Senate version and the more broad language being advanced on the other side of the Capitol that includes possible pharmacist treatment for things like ringworm.

Hutson called them a “front line in medical treatment” used in 17 other states, who offer a path much more convenient than one’s primary doctor or an emergency room.

The “simple swab” testing would be under physician supervision, the Senator said.

The testing machines are widely used and regulated by the Food and Drug Administration, though questions remained in committee about their accuracy. Hutson said the tests were 95% accurate, but some said that the tests can miss people who have the flu.

If the bill passes, the Board of Medicine must adopt rules and approve an eight-hour certification course for pharmacists (in conjunction with the Board of Pharmacy) wishing to offer flu tests.

Critics argued that an eight- or 10-hour training course for pharmacists is woefully insufficient compared to the extensive training doctors undergo, especially in terms of treating conditions caused by the flu.

Pharmacists, meanwhile, would be required to notify the primary care provider within two days of the visit and would have to follow up with the patient no later than three days after the diagnosis.

Sen. Linda Stewart raised coronavirus concerns, even as questions remain about the extent of its influx into the state. She was initially “skeptical” of the bill ahead of committee but voted to move it forward.

Hutson referred to President Donald Trump‘s speech, saying he was “far more concerned with influenza,” and praised “test and treat” proposals such as his own.

The committee was not done with COVID-19, however. Sen. David Simmons noted a vaccine may be six months away.

The sponsor noted that, per a contact with the Board of Medicine, Florida lacks tests. Currently, he said, samples must be sent to Atlanta’s CDC.

“Influenza is here,” Hutson said. “We need to get ahead of this.”

Sen. Bill Montford questioned the increased scope of treatment for druggists, skeptical that they should be testing even after eight hours of training.

Michael Jackson, representing the Florida Pharmacy Association, said that pharmacists were in fact trained to heal, with thousands of hours of training.

Hutson noted the simplicity of the proposal, adding that the Florida Medical Association has not offered amendments to change that condition.

“I hope we can trust our doctors with that,” Hutson said, as a hacking, wheezing cough echoed through the committee room.

“I’ve been running this bill as if there’s opposition and they’ll never be comfortable,” Hutson added. regarding scope of practice concerns that seem to be a dealbreaker for the FMA.

Additionally, pharmacies offering testing and treatment must maintain a $250,000 liability insurance under the proposal. However, even moderate Democrats like Sen. Bill Montford don’t think that suffices.

Potentially deal-breaking daylight, as mentioned above, remains between the Senate and House language: Rep. Tyler Sirois‘ bill (HB 389) kept strep tests in permitting language, which was omitted from Hutson’s bill.

Sen. Anitere Flores noted the broadness of the House bill, which went in a different direction from the Senate bill that stripped strep tests from the language.

Unlike St. Augustine Republican Sen. Travis Hutson‘s version (SB 714), Sirois’ puts the primary rule-making of test and treat in the Board of Pharmacy’s hands instead of the Board of Medicine’s.

Hutson is “very proud of the Senate product,” he said. and wanted to ensure comfort. There have been no negotiations to line up language between the House and Senate.

“I can’t promise you anything in the process because it changes in the minute and the hour,” Hutson said, but vowed to “stand by” the “Senate position that we’ve worked so hard on.”

Despite the efforts to refine language throughout the committee process, members of the public were unmollified, saying that “testing and treating” is just the tip of the diagnostic iceberg.

The Sirois bill is ready for the House floor.

But with vast differences in the dispensation of the two regarding the legislation, finding common ground may be a challenge.