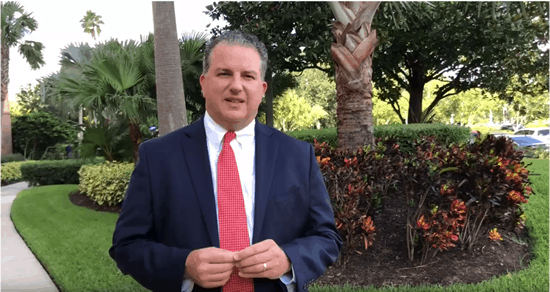 The agency's lawyer says the allegation in Rubin's complaint is immaterial and scandalous.

Lawyers for the Department of Financial Services (DFS) and Office of Financial Regulation (OFR) are renewing a motion to strike language in a complaint filed in court by Ronald Rubin, the state’s former chief financial regulator.

The motion asks the Court for the Second Circuit in Leon County to strike what it calls a “a certain immaterial, impertinent, and scandalous allegation” from Rubin’s complaint. He filed the lawsuit last September, claiming he was being denied public records for his “investigation of racketeering, political corruption, abuse of power and misuse of taxpayer money at the highest levels.”

The records are for a separate lawsuit Rubin filed in Miami-Dade County last June, in which he claimed Chief Financial Officer Jimmy Patronis, some DFS and OFR employees, and others “constituted an enterprise that used illegal means (including blackmail, extortion and abuse of public office) to enrich and empower themselves.”

Rubin was fired after sexual harassment allegations were leveled against him and along with clashes with Patronis.

“The OIG found ten separate instances where he violated policy “prohibiting sexual harassment” which included “asking a subordinate employee if their dog watches the employee and their spouse have sex” and “using the c-word as a reference to a female in the presence of subordinate employees,” he said. “The report also included 13 separate instances of “misconduct” that is “unbecoming a public employee.”

Rubin says he blew the whistle on the scheme, which got him fired. He also has claimed Patronis was retaliating against him for not hiring the friend of a favored lobbyist.

The agencies object to Rubin citing the reason he’s seeking the records, using what the lawyers say is “a gratuitous and shameless manner.” The motion calls the lawsuit “a trial by allegation” and that it seeks to try Patronis in absentia.

They also argue that they produced more than 8,300 pages of documents by the February 7th due date.

The court filing says the agencies asked Rubin to remove the allegations from the complaint and he declined to do so.

Patronis suspended Rubin from his post last May, after an employee accused the OFR head of harassment.

As OFR commissioner, Rubin was paid $166,000 a year to oversee an agency of nearly 360 employees and an operating budget of about $41 million a year. The Office regulates banks, credit unions, other financial institutions, finance companies, and the securities industry.