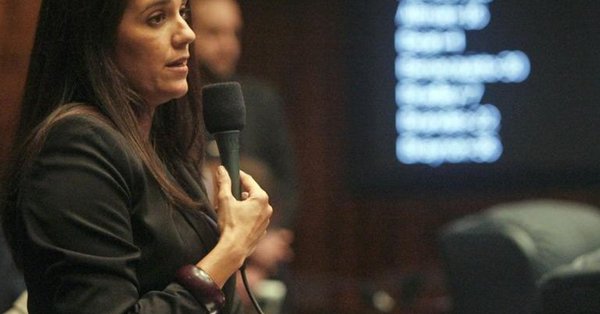 One parent said his special needs child was abused at a Broward County school.

Lawmakers appear closer than ever to passing legislation ending restraining and secluding children with special needs at school.

The Senate has historically been reluctant to remove this tool from teachers, some who say it helps keep them safe when children lash out and become violent. The House companion (HB 1231 ) is set for a House vote. The House advanced a similar bill last year that died in the Senate.

But Book argued that in some cases, children could be physically restrained in painful or demeaning ways. Her bill would completely prohibit schools from using seclusion in schools, and allow restraint only as a last resort to avoid the immediate harm of the student. Schools would have to train their personnel on alternative methods to handle disruptive students, including using positive incentives to reward good behavior.

The bill has the support of Senate Education Appropriations chairwoman Kelli Stargel.

“We need to do it in a way that protects everyone,” she said. “This language has done that.”

Under the measure, parents whose children are in self-enclosed special education classrooms, could request cameras be installed so they can monitor how their children are treated. While Book’s bill had mandated that for all 67 counties, Book amended it to a 3-year pilot program for just Broward and Volusia counties — to see how it works.

Hollywood resident Jason Segelbaum says his six year-old son Max is autistic and non-verbal. He supports the legislation and says Max was abused last year in a Broward County school.

“It was a very, very difficult thing for us as parents, for myself and my wife Lauren to grasp,” he said. “How anything like this could actually happen inside of a public school. If nothing else, we want the security of our children, we need to make sure our children are taken care of.”

Sen. Anitere Flores says it’s one of the most important bills she’s seen in her tenure in office. Flores, who is finishing her second term in the Senate, has been trying to change these rules her entire time in the House.

“I looked at this from the sense of a parent and thought, how is this happening?” she said. “And there are still too many kids that this is happening to every single day.”

Book said was inspired by Flores’ dedication to the issue and that’s why she’s pursued it. She and Flores are hopeful this approach will finally get through the Senate.

“I’m sorry it has taken so long,” Flores said.