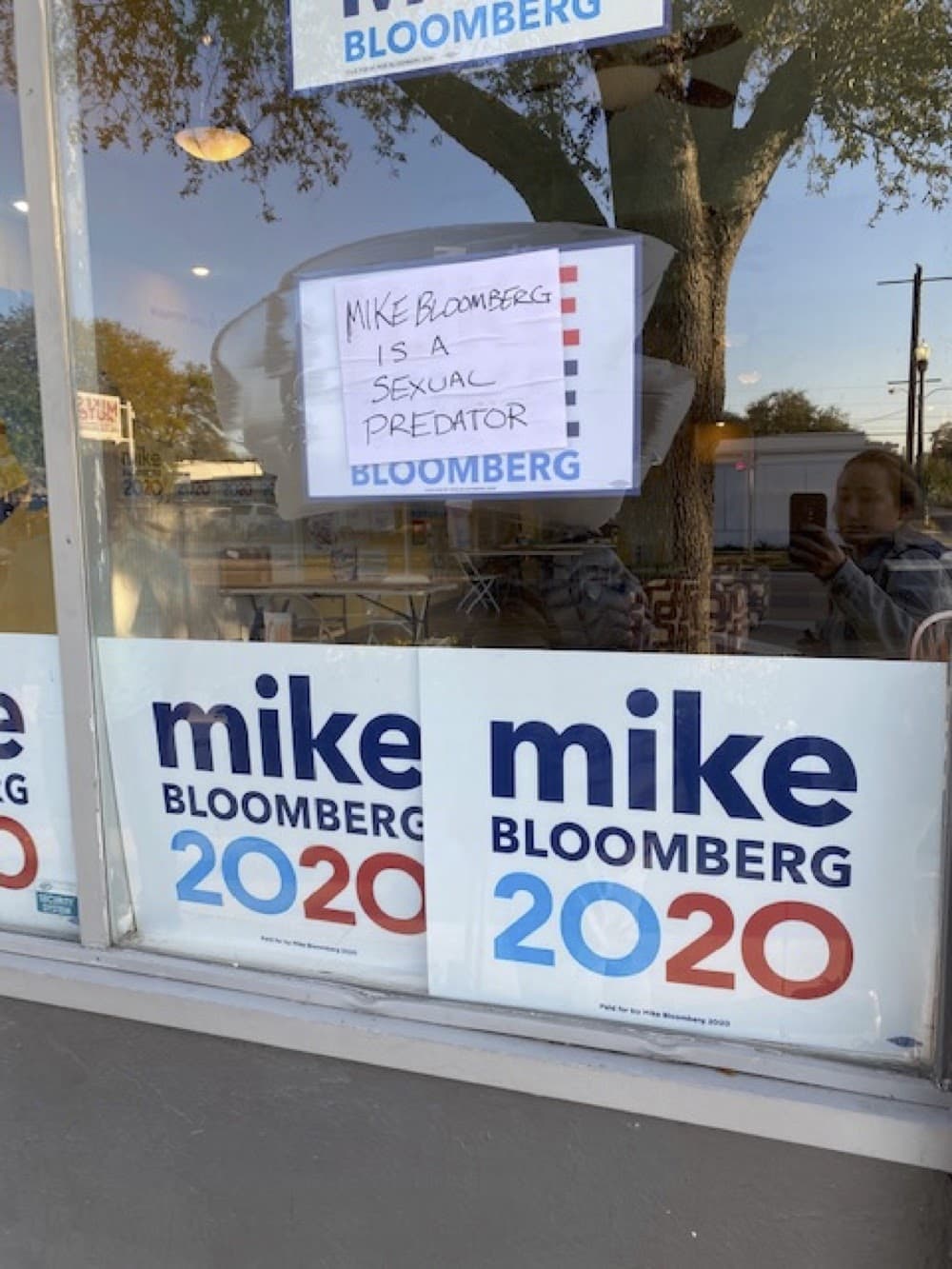 Bloomberg's offices have been vandalized in several other states as well.

The campaign snapped photos of the office Sunday morning showing two signs placed on the exterior windows of the office calling Bloomberg a racist and a sexual predator.

“This is the latest in a string of attacks against Mike Bloomberg 2020 offices around the country that need to end. While the goal may be to intimidate our volunteers and employees from supporting Mike and getting out the vote, it’s not working,” said Bloomberg campaign Florida State Director Scott Kosanovich.

“Acts like this run opposite to our campaign. Mike Bloomberg is running for president to unite our country and party so that we can defeat Donald Trump. We will continue to carry Mike’s message and progressive vision for a better America to all of Florida.”

The signs, which the campaign refers to as vandalism, come after a spate of other recent incidents at Bloomberg’s offices nationwide.

Someone in Chicago last weekend spray painted windows in a campaign office with the words “racist” and “GOP oligarch.” Other vandalism occurred in Salt Lake City last week when windows were smashed and in Knoxville, Tennessee where oligarch was also written on an office.

Earlier, a Michigan office was defaced with a sign saying “eat the rich” and in Toledo and Youngstown in Ohio with the word oligarch.

An office in Ann Arbor, Michigan was vandalized the day before Valentine’s Day with the words “corporate pig.”

Bloomberg’s campaign did not directly accuse Sanders’ supporters of undertaking the acts of vandalism, but pointed to the candidate’s and his campaign’s past statements referring to Bloomberg as an oligarch.

Bloomberg has so far spent at least. $400 million of his own money to earn the Democratic presidential nomination and has vowed to spend much more — as much as it takes to defeat President Donald Trump in November. He’s vowed to continue to spend money to defeat Trump even if he is not the party’s nominee.

U.S. Sen. Elizabeth Warren, meanwhile, has focused more on Bloomberg’s alleged sexual harassment and gender discrimination. Bloomberg has since said he would release women who accused him from their non-disclosure agreements if they wish to speak publicly about the allegations.

Former Vice President. Joe Biden, during that same debate, attacked Bloomberg over his stop-and-frisk policy as Mayor, which disproportionately affected communities of color and that has been widely criticized as a racist policy.

previousGuy Harvey: A 'yes' vote on shark fin ban is a vote for Florida jobs