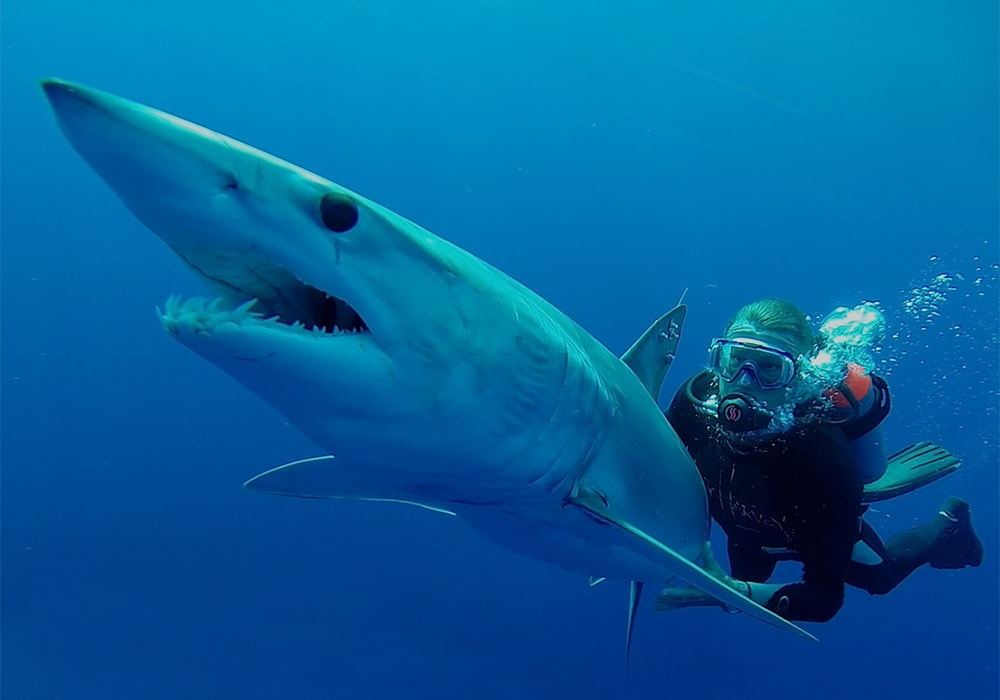 I have spent much of my life on the water, enjoying the fruits of our oceans and continuously marveling at the wondrous beauty beneath the waves. And a truly incredible part of that wondrous beauty is the spotting of a large shark. To those who have never witnessed an apex predator in the wild, seeing the majesty and grace of a full-grown shark is something you will never forget.

And it appears I am not alone.

A recent report by the highly regarded (and independent) organization, Oceana, found that Florida’s shark-based tourism means over $220,000,000 per year to our state.

It means thousands of good jobs. Jobs for dive shop operators, jobs for tour-boat owners, jobs for anglers, and jobs for those who help meet the needs of tourists who come to Florida to witness the majesty of sharks.

Recreational diving and fishing tourism are integral parts of Florida’s economy and should be protected.

Part of my world involves talking to, meeting with and doing commerce with those who also make their living on the water. What we know — beyond the shadow of any doubt — is that the world’s shark populations are being threatened by overfishing, in part to meet the demand of the shark fin trade.

Finning a shark is the unethical and illegal practice of catching sharks en masse, taking only their fins and often sending the remaining carcasses to the bottom of the ocean.

Why do some engage in shark-finning?

They are the key ingredient in shark-fin soup and the near-exclusive use of these fins is for export to the Asian markets where shark-fin soup is considered to convey social status.

Let’s stop to consider what this means. A live shark sighted by divers continuously brings in revenue to our state. Many sharks are territorial, so dive-shop operators know exactly where to go day after day to see that shark while generating thousands of dollars for Florida’s economy. Yet, if the animal is caught and harvested one time, they are worth about $100 when the fins are sold for a few cups of soup.

Shark finning is already illegal — as it should be — yet Florida leads the nation in the transport of shark fins due to a glaring loophole.

A bill (SB 680 and HB 401) will close the shark-finning loophole by banning the import and export of shark fins and will help save this $220 million a year industry by helping keep a valuable economic (and yes, ecological) asset swimming in our waters for generations to come. It should be noted that the bill will still allow for anglers like me and commercial fishing enterprises to legally catch sharks. But it will also stem the import/export of a market that — and there is no other way to say this — provides support for the illegal shark fin trade.

As an avid angler, diver, artist and, yes, marine scientist, I must confess that I love sharks. I am well aware that they are a vital part of a healthy ocean ecosystem, provide innumerable benefits to our reef systems and are a critical part of ensuring a healthy, vibrant and balanced fish population.

But as a businessman and someone who cares about those who also make their living by the grace of what our seas have to offer, a healthy shark population also means big bucks and thousands of great jobs for Floridians.

A “yes” vote for banning the sale of fins is not just good science and the correct moral thing to do, it is also a fantastic thing for Florida’s workforce.

Dr. Guy Harvey is a marine wildlife artist, marine scientist, conservationist and businessman. He is also the founder of the Guy Harvey Research Institute at Nova Southeastern University in Fort Lauderdale, Florida and the Guy Harvey Ocean Foundation, an organization that funds scientific research and educational initiatives.