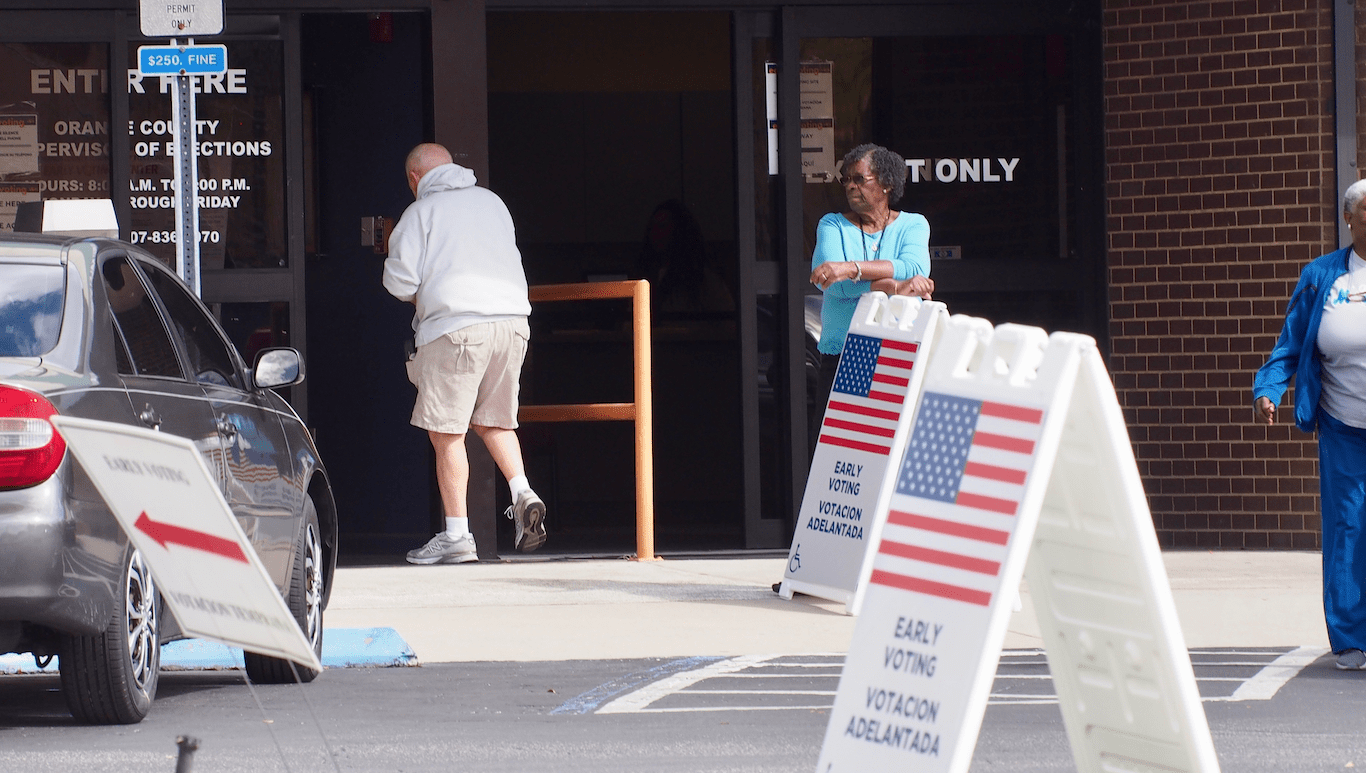 That is just slightly more than the 3,125 Orange County voters who went to the polls on the first day of early voting in the 2016 presidential primaries, when both the Republican and Democratic races still were hot contests, and favorite son Republican Sen. Marco Rubio still was competing in Florida.

Florida has given its counties the option of beginning early voting as soon as Monday or as late as Saturday, and only a handful of mostly-large counties have chosen to begin early voting on the earliest possible date.

This time only Democratic voters have a real choice to consider, though the Republican primary — President Donald Trump versus former Massachusetts Gov. Bill Weld — managed to draw 1,158 Republican voters in Orange County on Monday. That’s about 36 percent of all the voters who turned out Monday in Orange County, and represents the statement Republicans seek to make in supporting Trump, even against nominal competition.

Orange, which is a heavily-Democratic county in terms of voter registration, offers a snapshot of voter engagement in early voting in Florida, showing a moderate, though not overly large turnout, on what was a warm and dry Monday. In 2016, about 53,000 people voted early in Orange County for the presidential primaries.

“I’m a little surprised with the turnout so far,” said Orange County Supervisor of Elections Bill Cowles. “But again, as you’re seeing the latest news, another Democrat is dropping out. Maybe the [Democratic] voters are just waiting to see if there’s anybody left before they vote.”

Also through Monday, Orange County had logged in 26,690 returned mail ballots. Democrats were voting only slightly more frequently than Republicans, with about 50 percent of the ballots coming in from Democrats and 47 percent from Republicans. The remainder are independent or third-party voters voting in the municipal elections.