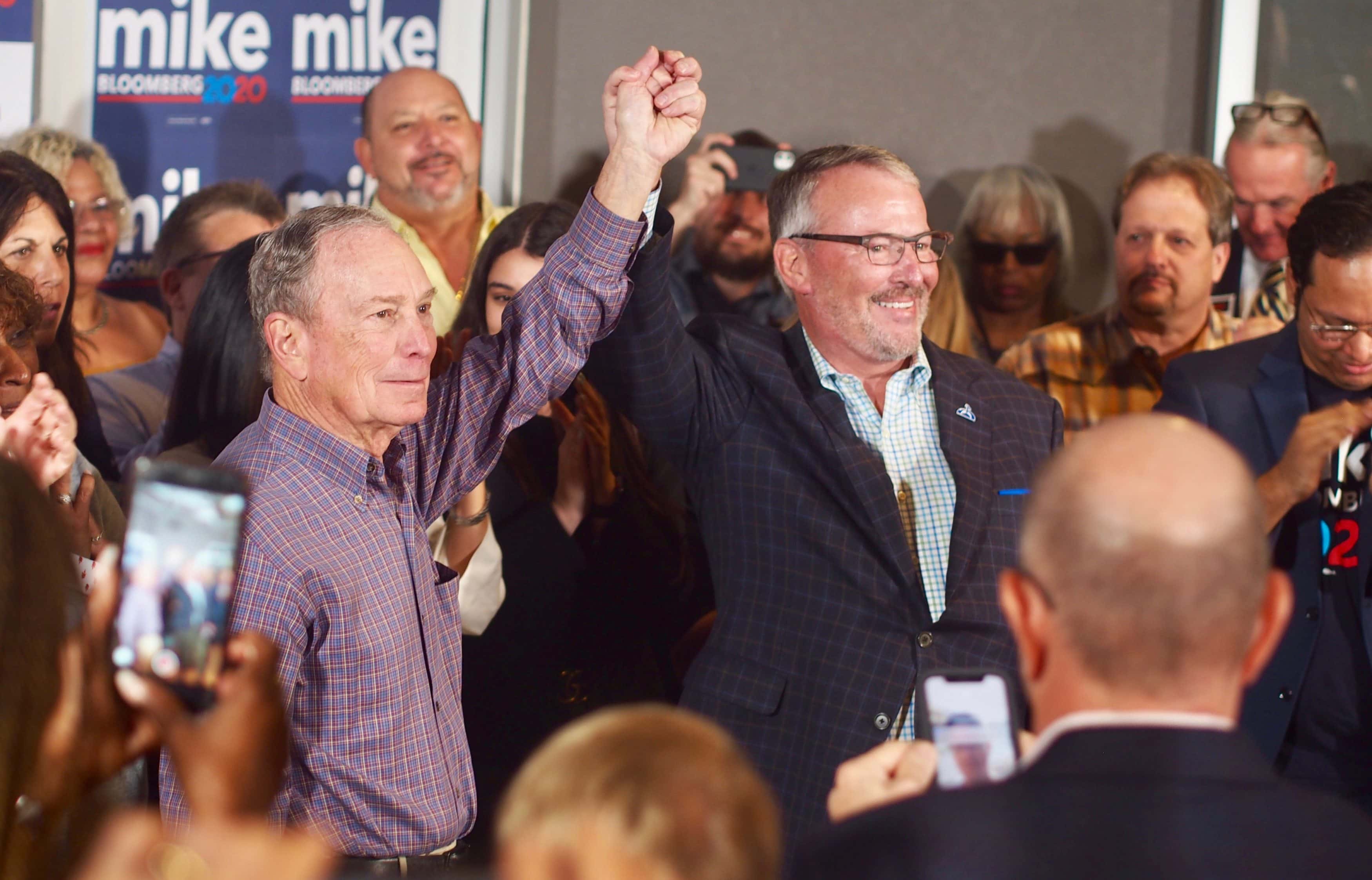 Bloomberg is still the only Democrat working Florida hard.

Mike Bloomberg made the first Democratic presidential candidate visit to Central Florida Tuesday and left with two City Beautiful gems: an endorsement from Orlando Mayor Buddy Dyer and a public tour of Pulse.

Two weeks out from the Florida primary, the former New York City Mayor is battling for Florida even as the other four remaining Democratic candidates are swarming Super Tuesday states from California to Maine. Bloomberg’s visit to Orlando, one of three Florida stops Tuesday, is the first this year by a Democrat. And Bloomberg could not have made it bigger if he had drawn a huge crowd — which he did not.

Bloomberg began in his downtown Orlando campaign office, greeting a crowd of about 150 supporters, bringing out Dyer, the city’s Mayor of 17 years and someone who took 72% of the vote in his fifth reelection campaign last fall. In a campaign in which Bloomberg has gathered and touted numerous mayoral endorsements, Dyer’s arguably was the biggest to get in Florida.

“Two weeks from now we’ll be voting here in Florida. And I like Mike,” Dyer declared. “And I’m going to be voting for Mike Bloomberg. Mike is a Mayor and Mike knows how to get things done!”

Afterward, the founder of Everytown for Gun Safety and patriarch of Moms Demand Action For Gun Sense in America paid homage at Pulse, the popular gay nightclub that was the scene of the June 16, 2016, mass shooting that killed 50. It has since become the symbol of Orlando’s rebirth as a city valuing its diversity, inclusion, unity and sense of strength.

In between, Bloomberg gave only a brief, 10-minute speech that declared his prospects to win the Florida primary and to win it in November. He also touched on his support for gun law reforms, comparing what he called “the scourge of gun violence” to fears of a coronavirus outbreak. In the end, he said little about President Donald Trump, except in a joke.

“I think we have a really good chance to win this state,” Bloomberg said. “This is a state that Obama won three times. It’s a state that has lots of attributes and has problems like every other place.”

He then paid tribute to the people in the crowd wearing Moms Demand Action shirts, calling them “the heroes in our society who stand up, and they go and try to stop the scourge of gun violence. I’m going to the Pulse memorial after this, straight from here. If you look at these memorials it’s there but for the grace of God.

“In this country, this year, 40,000 people will either commit suicide or get killed with handguns; 40,000 people,” he said. He then cited the high alarm about coronavirus and said, “but compared to this, I’m not suggesting we don’t have to worry about the virus. But we know of a virus that’s been taking over this country and we’ve got to do something about it.”

In the end, Bloomberg and Dyer shared a message — their belief that mayors get things done, and successful mayors, those who can get reelected numerous times, as both of them had, have convinced voters of that.

“We need a manager who can actually run the country and do things like addressing gun violence,” Bloomberg said. “What happens with legislators is they just pass bills. Most of them never get funded, they certainly never get implemented. And nobody ever checks to see if they helped any people… You need a manager like this Mayor who actually makes this city run. I can only tell you, if Buddy has served 17 years and they keep electing him it must be because he actually does something. And mayors, you can measure it, you can see it.”

Of Trump, Bloomberg said little, except to tell the gathering it is time to change the residents of the White House.

“I’ve known Donald Trump. He’s a New Yorker, although I bill myself as ‘the un-Trump.’ Somebody once said, ‘Could you have two New York billionaires running?’ I said, ‘Who’s the other one?'” Bloomberg finished.

previousMike Bloomberg says contested convention ‘only way I can win’