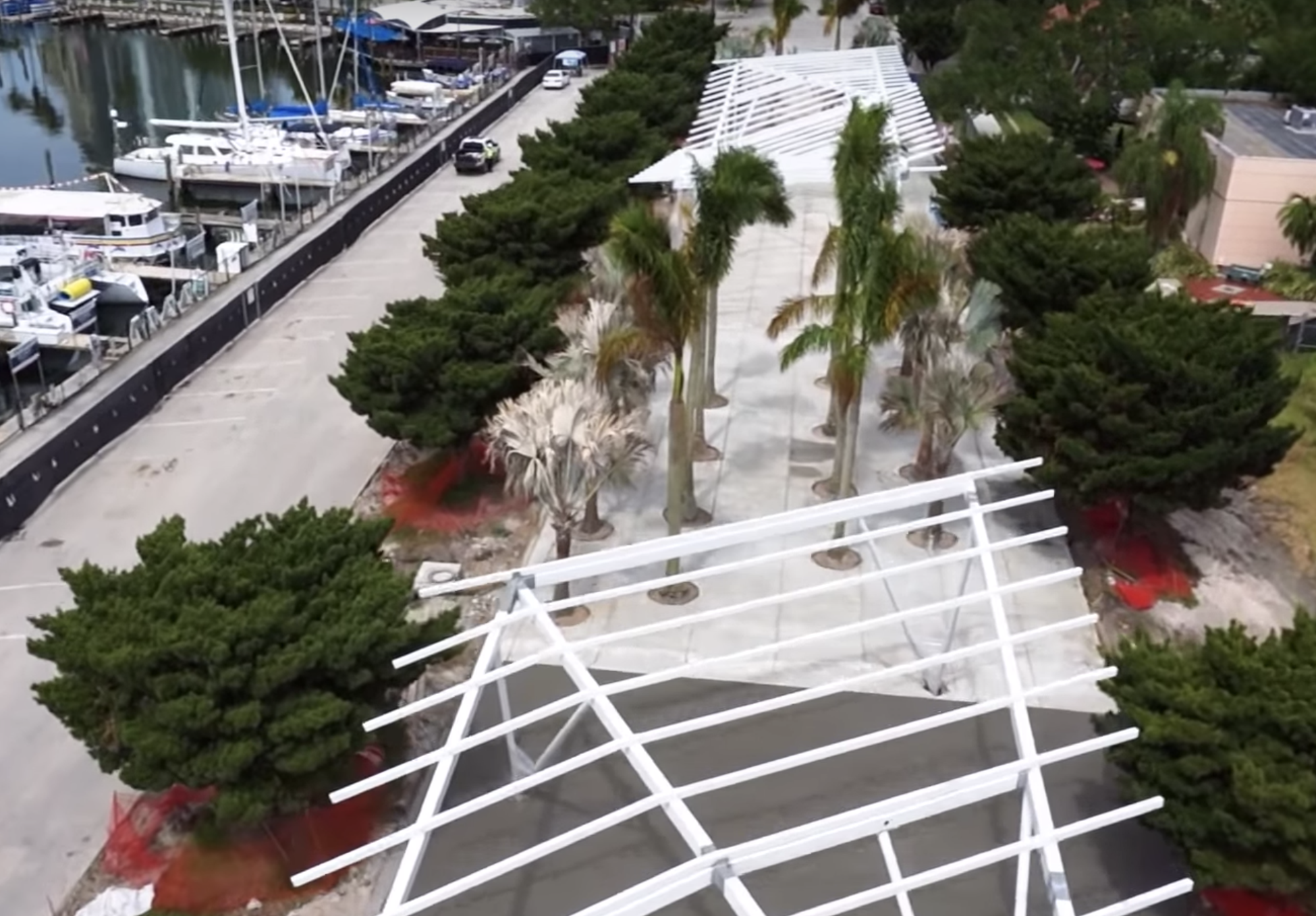 The new pier will open at the end of May.

The video shows a completed handicap accessible walkway along the seawall, the completed marine education center, the pier marketplace, children’s playground and nearly completed structure at the pier head.

A group of kids playing on the pier playground, one hanging from a wooden poll resembling a marine dock, announces jubilantly, “join us.”

“For the beginning of an experience,” Kriseman continues.

“It’s the beginning of a new era in St. Pete. The future has arrived in the form of a dynamic 26-acre pier district and now it’s yours to enjoy,” Kriseman continues.

The pier was originally expected to be complete in late 2018, but new projects and some unexpected setbacks like improvements to declining seawalls pushed that back to late 2019 and then later, to this Spring.

And the project has faced criticism along the way ranging from rising costs to design aesthetics some residents didn’t find appealing.

The ultimate cost for the pier and Pier District landed at about $94 million. That includes the original $50 million budget, plus another $20 million allocated for the pier district tying to pier in to the bustling Beach Dr. area, $14 million in re-appropriated dollars from a cancelled transportation project and a series of private investments for things like art and a marine science center.

Social media commenters criticized a Janet Echelman art sculpture that briefly went up late last year, but had to be taken down for alterations to the billowing, mesh structure. Some criticized its appearance as looking like little more than a giant fishing net landing on Spa Beach while others questioned whether the structure would hold up in a hurricane or if it would present a danger to birds.

The city has maintained that it is both hurricane resistant and has been found safe for aviary life. The structure is currently in Washington state for adjustments, but the city vows it will be back soon.

Despite a constant barrage of criticism, Kriseman has consistently and enthusiastically stood by the project that will serve as something of a legacy to his administration. Mayors before him had tried, and failed, to get a new pier design to replace the former inverted pyramid structure that was facing structural dereliction as it aged. That includes the 2013 vote to cancel a previously approved design known as the Lens.

The new pier, now nearly complete, will feature a pier marketplace where vendors can sell anything from food to local art, a coastal thicket featuring trees and foliage, a marine education center, a newly revamped Spa Beach, event space at the pier head, a tilted lawn offering views of the downtown skyline, two restaurants, a child’s park and a waterfront pedestrian path.