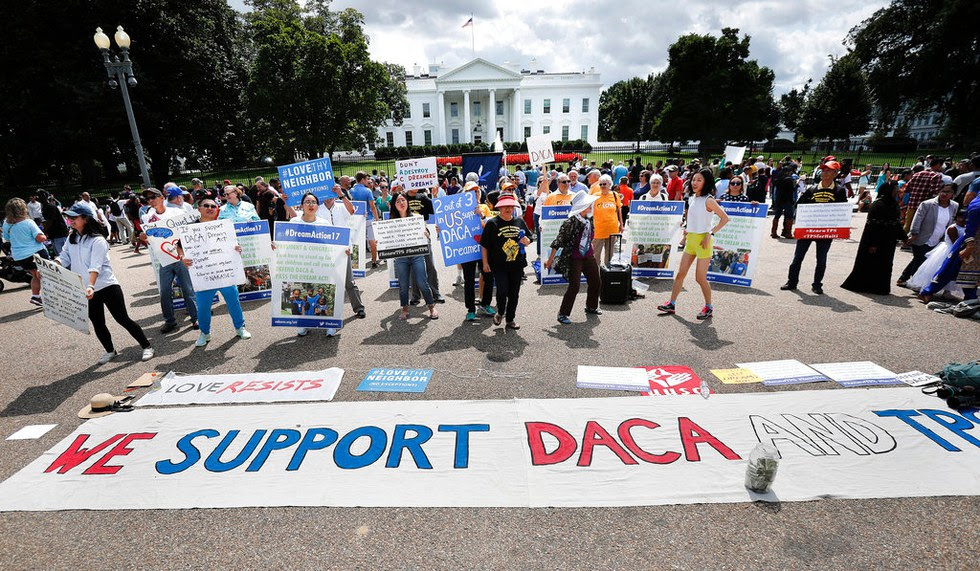 If the Supreme Court allows worker authorization for Dreamers to cease, Florida could pay a steep price.

That’s according to a new study from FWD.us, which shows some 24,040 jobs could be lost each month if President Donald Trump’s administration is allowed to end Deferred Action for Childhood Arrivals, or DACA.

Three quarters of those jobs will be concentrated in 12 states, the study said. For Florida, that means a potential loss of 22,330 jobs over two years.

“On top of the devastating moral costs that would result from the Supreme Court ending the DACA program and putting 700,000 young people at risk of deportation and separation from their families, it would force more than 22,000 hardworking Floridians out of our state’s workforce,” said Ted Hutchinson, Florida director for FWD.us.

“Florida’s economy can’t afford to lose out on the jobs, lost revenue, or cover the wasteful costs to businesses to replace these talented individuals. We urge the Court justices to side with young people and families, and reject the Administration’s continued attempts to end this critical program.”

The study ranks Florida fifth in the nation among states that will be hit the hardest economically.

The state is home to some 25,090 DACA recipients. Most of those work, and the study predicts Florida would experience an average 210 jobs lost every business week should their employment eligibility be revoked.

FWD.us is working with some of the DACA recipients now working in Florida to make the case protections should not be ripped away.

The wrangling at the federal level comes as FWD.us also frets over mandatory E-Verify rules being debated in the Florida Legislature now.