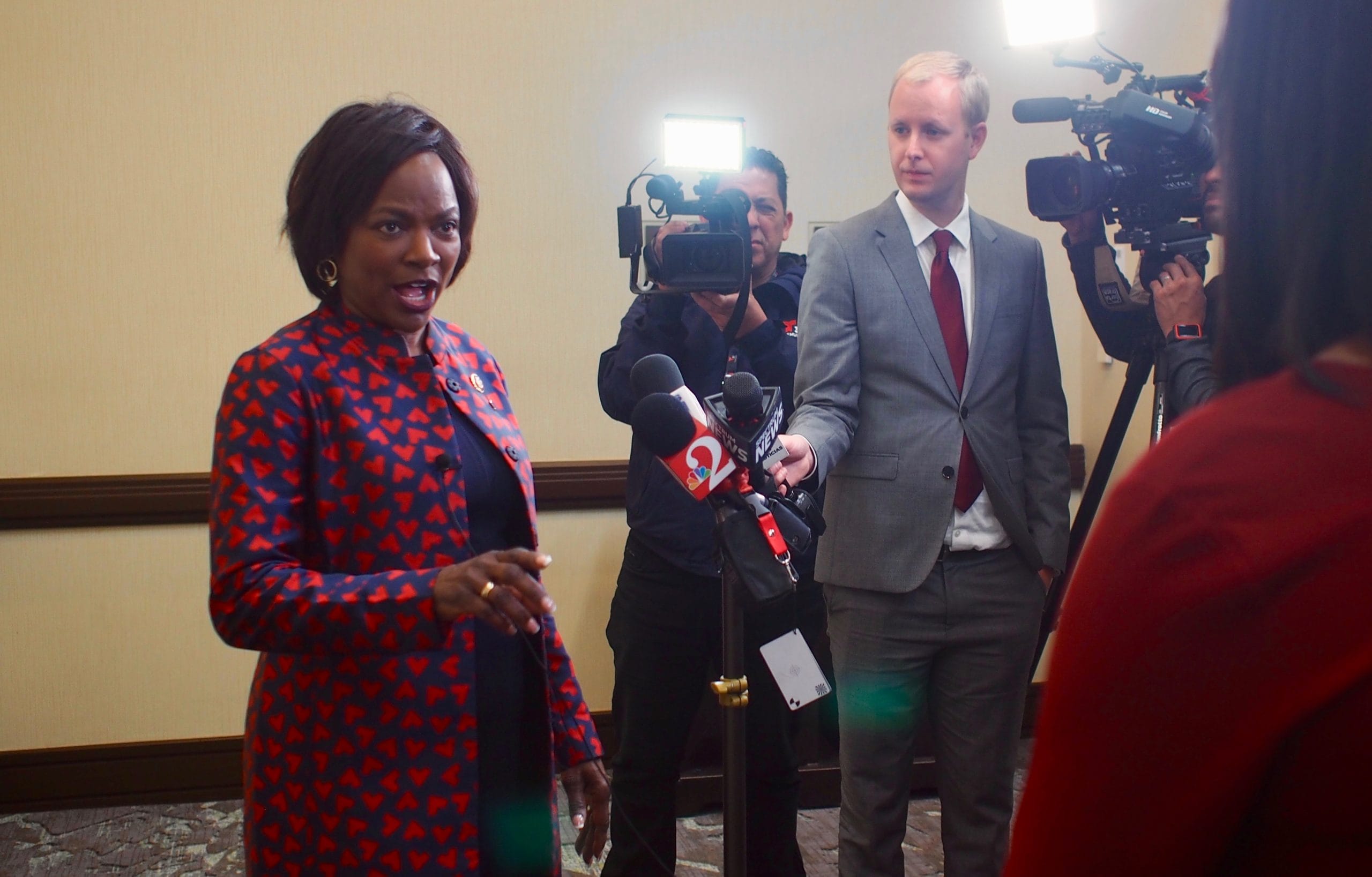 "I stand before you tonight the product of the promise of America."

Democratic Rep. Val Demings of Orlando sounded increasingly like a potential vice presidential candidate Saturday in talking with Central Florida journalists and then in giving a fiery speech to statewide Democrats about the promise of America.

Demings, increasingly being mentioned nationally as a potential running mate for Democratic front-runner Joe Biden, went as far as she’s ever publicly gone Saturday evening in acknowledging that a vice-presidential selection is a challenge she would accept and relish.

She had endorsed Biden on Thursday. Yet she did not mention him in her keynote address to the Florida LGBTQ+ Democratic Caucus conference in Orlando Saturday night.

Instead, she delivered a speech that sounded like an audition performance,  a rousing 20-minute sermon on the American Dream and Democrats’ values.

Before her speech, Demings’ responses at a press conference before the speech followed much the same theme, as she answered questions about speculation of her potential as Biden’s running mate.

“My story, I think I’m a product of the American Dream, and you all know. I’ve talked a lot about my family. My mother cleaned houses and my father was a janitor. He picked oranges. He mowed lawns. He’d do whatever he could do to make ends meet for our family,” Demings reminded the journalists.

“And so to have my name mentioned for such an important position sends a strong message to every little boy and girl out there who may think they’re the wrong color or the wrong gender, or may not have enough money. Their name’s on no building, I think it sends a message: You can be everything that you want to be, through hard work, in America, the greatest country in the world,” she concluded.

“I’m not seeking out any position. I love being a member of Congress. But if asked, I would consider it an honor to be asked, and to serve my country in such a special way,” she told reporters.

Then she went out and preached about the Democrats’ fight to preserve the promise of America.

Demings served as a House impeachment manager for the impeachment trial of Trump and she offered him no mercy in her comments about him. She also is, in her own words, a cop, who served 27 years and rose to become Orlando Police Chief before she ran for Congress.

“In this Congress, with this President, and the cast of characters around him, many days I feel like I’m in the same line of work,” she said. “I frequently hear words like indictment, conspiracy, investigation, guilt, search warrants, payoffs, extortion, bribery, prosecutors, house managers, half truths, and outright lies.