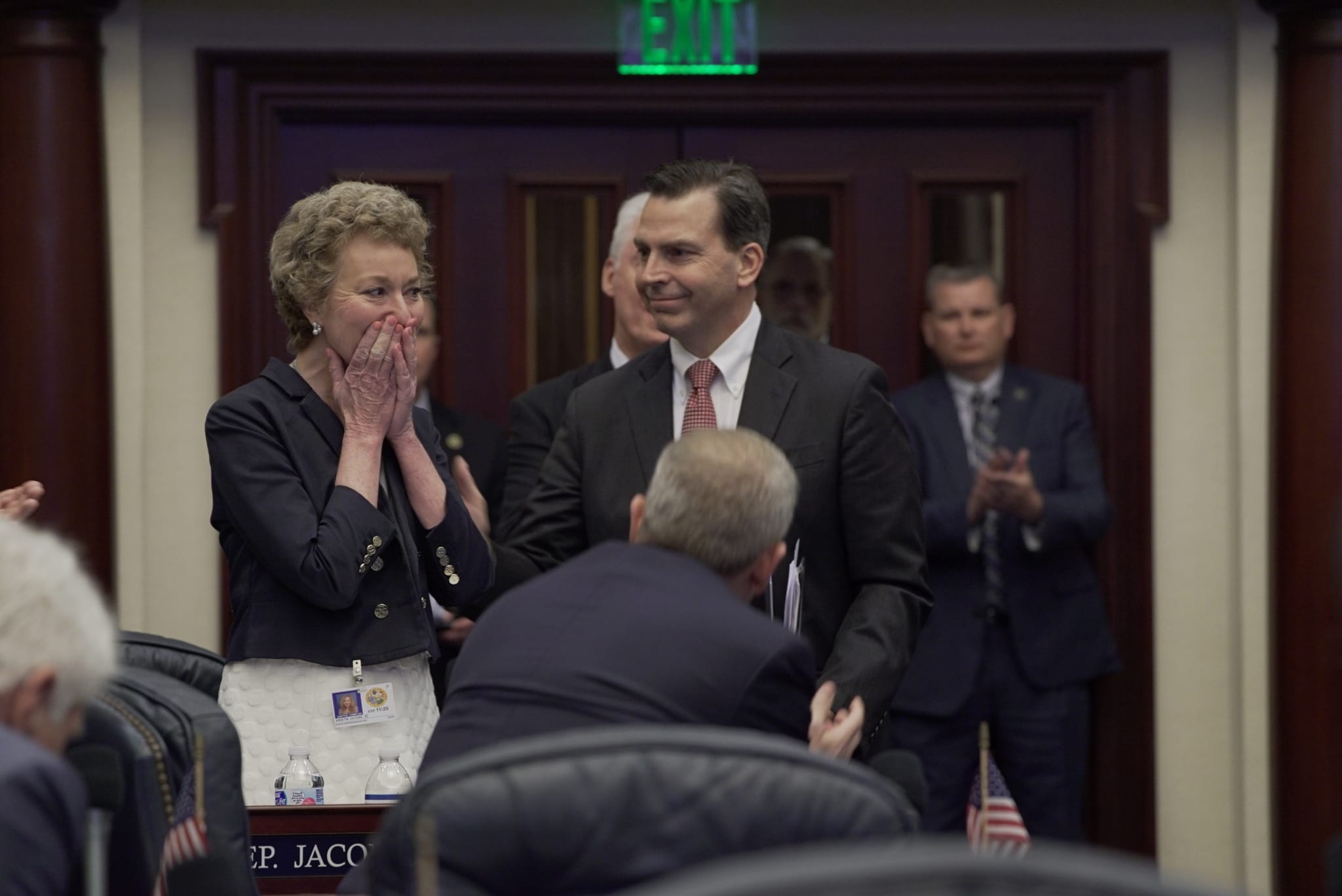 The bill will now head back to the Senate.

The House earlier this week passed the Senate version of a bill (SB 680) that outlaws the import and export of shark fins in Florida.

On Thursday, the Senate approved the bill 40-0 with changes made in the House.

Rep. Kristin Jacobs noted in House floor debate that a lot of traffic has moved through Miami because of that and other illicit trades.

“There’s no end to finding a black market for all kinds of things,” Jacobs noted, adding that shark carcasses have been used to traffic cocaine.

Shark finning is the process of catching a shark, removing its fins and discarding the shark. Shark finners usually drop the body back into the ocean, where the shark bleeds to death or drowns because it can no longer swim properly. The fins fetch a hefty price on the black market where they are most often sold to Asian countries.

The fins are dried and ground into a powder and used to make shark fin soup, a delicacy in China. About half of the dried shark fin market is brokered through Hong Kong.

Rep. Tobin Overdorf offered an amendment with a significant carveout on the bill, banning imported shark fins while protecting those with domestic shipping licenses.

The amendment, which tracks with Senate amendment language, permits the “sale of shark fins by any commercial fisherman who harvested sharks from a vessel holding a valid federal shark fishing permit on January 1, 2020. The export and sale of shark fins by any wholesale dealer holding a valid federal Atlantic shark dealer permit on January 1, 2020.”

Commercial fisherman had expressed concerns that an all-inclusive ban would have hurt their businesses. They argued fins procured from sharks caught for other legal uses should still be permitted, a request the amendment granted.

The amendment was adopted by voice vote.

“You’ve certainly put your heart and soul in it. I’m proud to carry it,” Oberdorf said.

The bill passed 119-1, with Rep. Anthony Sabatini the sole dissenter, as he also was on the naming amendment.

However, Sabatini flipped his vote afterwards.

Jacobs said, with emotion pouring from her voice, this was a “two-year work of love.”

“This bill’s really important to the state,” Jacobs said, citing the special draw of Florida waters.

Jacobs thanked Overdorf and chair Rep. Holly Raschein for helping to get the bill over the line, especially regarding the objections of commercial fishermen.

“Today the state of Florida took a significant step towards exiting the global and horrific shark fin trade,” Jacobs said.

The Senate completed that significant step and now it’s in the Governor’s hands.

previousTallyMadness comes down to Corinne Mixon and Justin Thames