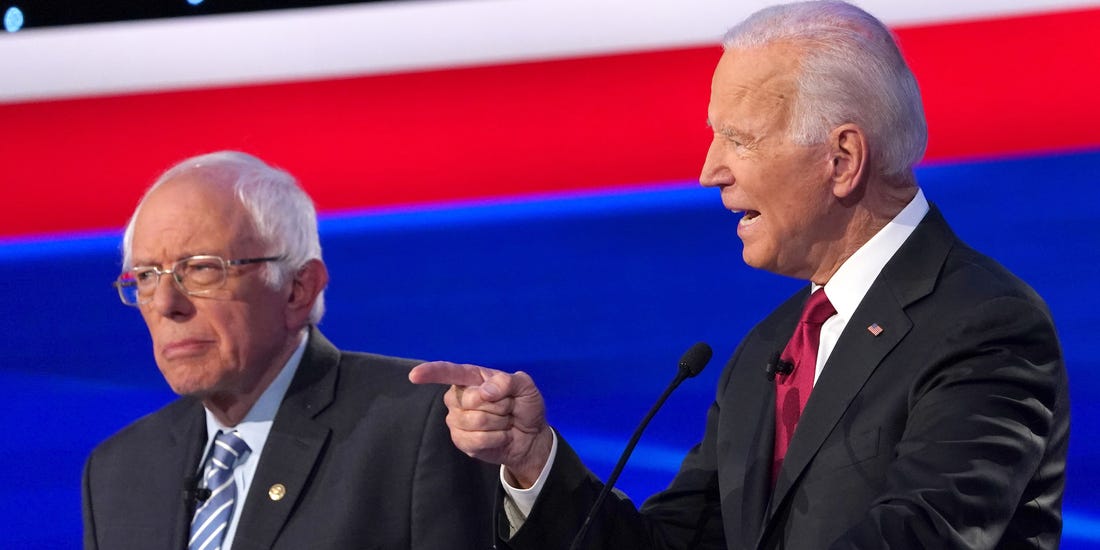 But both candidates trail President Donald Trump in a head-to-head match up.

A week out from Floria’s March 17 primary, Biden has opened up a 36-point lead over Vermont Sen. Bernie Sanders among Florida’s Democratic voters, according to a new statewide survey by the Florida Atlantic University Business and Economics Polling Initiative.

The poll, the first to survey with just the remaining three Democrats, finds Biden has increased his support to 61%, up from 42% in FAU’s January poll.

Sanders is at 25%, up from 14% support in January. Congresswoman Tulsi Gabbard had 3% support, while 10% of voters said they’re still undecided. The margin of error in the Democratic primary polling was 4.9%.

Biden’s 61% matches the level he received in the latest St. Pete Polls survey released last week. That poll was released the same day billionaire Mike Bloomberg dropped out of the race and a day before Massachusetts Sen. Elizabeth Warren suspended her campaign.

In the FAU poll, both Biden and Sanders trail in head-to-head matchups against U.S. President Donald Trump. Biden fared slightly better, losing 51% to 49%, while Sanders came up six points short, 53% to 47 %. Both results represent a reversal of January’s poll, which showed both Sanders and Biden leading Trump in head-to-head matchups.

The FAU survey was conducted March 5-7 and polled 1,216 Florida registered voters. The survey has a margin of error of  2.7% for the broader question.

Nearly four out of five voters in the Democratic primary (79%) said they will definitely vote for their top choice, up from 54% in January.

“Florida has been a strong Biden firewall state since we started polling a year ago,” Monica Escaleras, director of the FAU BEPI, stated in a news release. “With voters’ attitudes becoming more fixed on their choices, there is nothing in this data that suggests a change in the direction of this race at this time.”

previousGlobal markets pick up after plunge on virus, oil