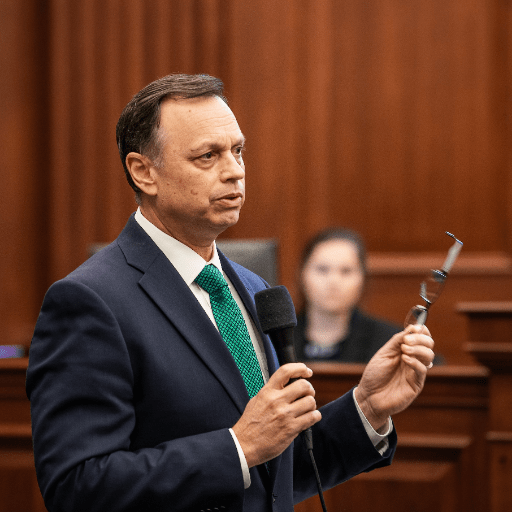 Lee gets frank about how he feels about the Legislature handles education policy.

As the clock winds down on the Session, there are still several education issues that remain unresolved. Those include teacher pay raises, parental rights and school safety.

Sen. Tom Lee is hoping that before the game is called, he’ll have the chance to tee off on some of his colleagues.

The House spent a good part of Monday night at odds over an amendment to HB 7103, which would set how teacher pay raises would be distributed. The House and Senate have staked out differing approaches to how they would like to see the money divvied up. The House wants it primarily to go to classroom personnel, while the Senate wants to also include school staff like librarians, guidance counselors and cafeteria workers.

But House Democrats and Republicans were split Monday night over an amendment that said while school districts are “not precluded” from bargaining over wages, DOE had to approve the allocations. Democrats opposed to the language argued it allowed Education Commissioner Richard Corcoran to have more power in collective bargaining.

Democrats had the votes to defeat the amendment, which some say many Republican and Democratic Senators had also opposed. Lee freely says he opposed it.

“I think we’re micromanaging education enough up here,” he said.

Lee says he would be surprised if the Senate considered any of the amendments the House considered Monday. The House sent over HB 7103 Tuesday morning in messages sans the amendment, so teacher pay raises are now in the Senate’s hands. Appropriations Chair Rob Bradley did not get into specifics Tuesday, other than to say budget negotiations are going very well in a number of silos.

Lee praises Senate President Bill Galvano and says the Senate is running smoothly. He says a lot of the negotiations are happening behind the scenes. But he also indicates how disillusioned he is with how the Legislature is handling education policy in general.

“As I talk to members, I don’t think there’s anyone quite where I am yet, but I’m fed up,” said the former Senate President. “With a Legislature that spends 80% of its time focusing on 20% of the students, we might as well name our education committee the committee on charter schools and vouchers. And if we get into this budget, I got plenty to say about our education budget as well.”

Lee complains there’s not a lot of flexible spending money for school districts, especially because of HB 5007, which the Legislature passed earlier this year. It changes how much state employees must contribute to the pension system. And it could end up costing school districts nearly $233 million statewide.

“I just think that until we get our foot off the neck of local school districts,” he said. “Let these school boards’ constitutionally elected officers manage the school districts. Get rid of some of these categoricals and stop micromanaging.”

Lee says that he’s just not interested in micromanaging and implementing punitive measures to create unequal competition between choice, charter and public schools. He says sometimes he feels like Republicans have run out of good ideas.

“Until you get a chance to go ‘mano a mano‘ with people on this floor and tell the truth and play a little game of show and tell here about what’s really going on, you’re not going to move public policy in this state because the fix is in.”

Teacher pay raises are more up in the air than before because of the economic uncertainty surrounding the spread of the coronavirus. Both chambers are already re-evaluating the budget for cost savings in case of an economic downturn.